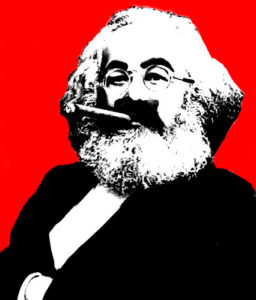 There seems to be a lot of writing work available, but at the moment, most of it is Left-based. Whether it’s getting a writing grant, or scoring a gig on a MSM website, doing postgraduate work in cultural studies at a university or simply coming up with a writers’-festival-friendly collection of short stories with a print run of 200, there seem to be a lot of options for Left-leaning scribblers.

This can be problematic if you are not of the Left, but want to make a little money from your scribbling. The good news is that you don’t have to be of the Left. You can just pretend, and nobody will be able to tell the difference.

Here’s a handy checklist. Try to include all of these. The more the better. Then watch those dollars start to flow your way!

• Make it about you, and your feelings, because this is your writing.
• Make sure you use it as an opportunity to show how Left-wing you are. How else will people know, otherwise? Propagandise the cause.
• Use unclear expression. “Clarity is the fundamental morality of the patriarchy.” Being vague will get you out of trouble if someone calls you up on what you wrote. You can just say, “You misunderstood me!”
• Subvert dominant paradigms. For example: objectifying men = good, objectifying women = bad. Gay = good, straight = bad. Every other religion = good, Christianity = bad. Laziness = good, hard work = bad. And so on. Use your imagination!
• Use plenty of pop culture references.
• Your sex life should be out in the open unless it’s a traditional marriage, in which case you’d better not mention it.
• Hide all your privilege, for that matter.
• Write like Buffy the Vampire Slayer talks. If you are too young to remember that show, look it up on the net.
• Don’t concern yourself with facts about dates and figures. Check your ‘information privilege’ and don’t flaunt it. You might upset people who don’t know as much as you.
• Get emotional and personal. Cry if you want.
• Swear and scorn.
• People who are better than you are worse than you.
• Make up words.
• And of course, parenthesise!

Now, let’s put it all together. Say you’d just scored a job writing a new introduction to The Lord of the Rings. (If you are too young to know about that, look it up on the net.) Here’s how you might go about it:

Okay. So yeah. This is happening.

Wow. So impossible not to agree with that.

But then again, I did have kind of a crush on Elijah Wood. Sandy agreed with me that he was cute, but if she had to choose, she’d take Viggo Mortensen.

“Does that mean you’re Arwen?” I said.

“Yuck, no. I identify more with the orcs,” she said. “They are such a good metaphor for oppressed groups such as gays, Muslims, refugees and women. Anyone who is seen by white men as ugly, stupid, and worthy of scorn. I do wonder where all the female orcs are, though.”

Sandy says that she can only stomach Lord of the Rings if she thinks of it as a Marxist text. “Sauron represents the bourgeoisie, and the One Ring represents Capital. The orcs are the proletariat. They are treated like slaves, forced to fight and die in imperialistic wars, and they don’t get to own anything despite all their effort.”

I know, right? I kind of had a girl crush on her right then, too.

Okay, so in your hands is the epic story of nine straight, white men who are obsessed with a magic ring in some kind of fairyland setting. Yes, it’s a little homoerotic. Scratch that, it’s a lot homoerotic – a fact Peter Jackson really played up in his movie adaptation. Just add Ian McKellen and stir, am I right? And what was up with Boromir ‘blowing’ on the ‘horn of Gondor’? I’ve never seen Legolas look more anxiously excited…

But that kind of nudge-nudging and wink-winking does not make Lord of the Rings okay. In fact, it’s just the kind of homophobic othering you’d expect from a text like this. For the record, there are exactly no LGBTIQAP characters in this book. Did I mention it’s about 1000 pages long? I’m like, hello? Are you serious? You couldn’t fit even one in? And the list of crimes continues. There are no African-Americans or Asians, and no Muslims. There are no differently-abled characters. The dark-skinned characters – the aforementioned orcs – are the stupid, ugly, thuggish villains. The female characters are few and are tokens: pedestalified, behind-glass stereotypes like the princess (Arwen), the witch (Galadriel), or the housewife (Sam Gamgee’s cleavaged-and-aproned wife). Okay, sure, there’s Eowyn, but she’s a white, privileged horsey-girl princess who had to dress up and act like a man to do what she wanted, which was kill orcs by the way. I hate Eowyn. What a bitch. Gosh, how I wish the Nazgul had ripped her stupid head off with her dumb blonde hair and stupid big dumb blue eyes.

So why read this offensive, stereotype-packed opus of white male privilege? Well, firstly, it’s a product of its time: pre second-wave feminism, therefore interesting for historical reasons – kind of a ‘Wow, this is how people actually were in those days,’ deal. Secondly, it’s still incredibly popular, which proves there are still a lot of unreconstructed bigots out there in the world, and how much work there is still to do. Thirdly, you can do what Sandy does and read the book through a Marxist paradigm, in which the orcs are a metaphor for oppressed groups in Western society, which is totes illuminating (not to mention potentially girl-crush-causing).

And finally because maybe you’re bored and there’s nothing else to read.

And because Elijah Wood is hot.