This article was originally published on September 11, 2015.

I have often been struck with disgust whenever I hear Muslims refer, or are reported as referring, to suicide bombers or jihadis who commit suicide attacks as a “martyr.” My understanding of the origin of the word martyr is that it means someone who endures great suffering for their faith, or in particular, chooses death over the renunciation of one’s faith or religious principles. Although not the first, the Apostle Peter is the archetypal Christian martyr, crucified upside down at his own request, because he felt himself unworthy to receive the same form of execution as his saviour.

The Arabic word for martyr is “Shahid,” which like the ancient Greek word “marturos,” means “witness.” Although I think they both share then, the same initial meaning, it became in Islam the honorific for those who die in the cause of Jihad, and the military expansion of Islam. And certainly in the modern context, this is exactly how we understand the word martyr when referring to Islamic suicide bombers, and it is exactly this context in which they mean it. When an ISIS operative goes on a ‘martyrdom operation’ they are doing so in order to kill as many of the enemy as possible, in furtherance of their cause, with the promise of 72 virgins to take care of them in paradise. 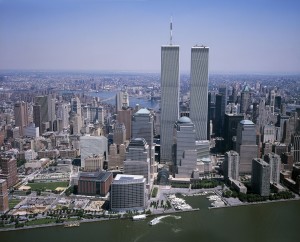 When the 19 hijackers rammed their aeroplanes into the World Trade Centre, the Pentagon, and an open field in Pennsylvania, they intended to kill as many people as they could, in the hope that their actions would bring about a worldwide caliphate, and that they would be rewarded with 72 virgins in paradise.

But when the passengers on United Airlines Flight 93 realised what was happening through communication with their loved ones by mobile telephone, and decided that they would have to battle the hijackers, with the very real possibility that they would all be killed, they did it for one reason, and one reason only: They were prepared to sacrifice their lives in order to save the lives of others.

I am an atheist, but I still find a line or two from the Bible quite stirring, including this one from John 15:13:

“Greater love hath no man than this, that a man lay down his life for his friends.”

The passengers on Flight 93 were martyrs. The hijackers were not.