Editor’s note: This article has been slightly altered and republished. 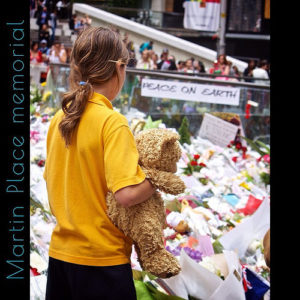 It has emerged that terrorists have been abusing welfare systems in their western homes. The orchestrators of the October 2015 Batacalan Theatre attack were receiving welfare from the Belgium Government, with at least five receiving up to 50,000 Euros in welfare combined, with the main surviving Paris suspect, Salah Abdeslam, collecting unemployment benefits until three weeks before the November attacks—€19,000 in all. The same was true of jihadist Khaled Sharrouf who was still receiving his disability pension of $766 a fortnight at least two months after he left Australia to fight for ISIS in Syria in 2014.

This seems to be a common occurrence, that jihadists and Islamic radicals who wish to remain segregated from the wider community are able to whore the Australian taxpayer for welfare.

Another interesting fault with our government is that they permit organisations like Hizb ut-Tahir to actively spread hate, with Man Monis, the Lindt Café gunman, having contacted members and attended their events, while spokesmen of the group refuse to condemn ISIS.

Another fault is that the government permits teachings of ideologies that espouse terrorism to go unnoticed in our prison system, further radicalizing convicted terrorists instead of rehabilitating them, with Halal food available and access to Imams and Korans. While religion should be constructive for inmates to pursue redemption after criminal actions, the religion that landed you in prison in the beginning should not be available to you while in prison.

And the last mistake is the continued permission of Muslims into our country. While immigration rates have been down in recent years, the government has humanitarian quotas it has committed to fill, such as the 12,000 Syrian refugees to be resettled in Australia.

So here is a five-step common sense solution to prevent Australia from becoming the cesspool of Jihadism that is France or Belgium.

1. Closer oversight of welfare payments to Middle Eastern migrants to prevent abuse of the welfare system.

3. Ensure Islamic texts and teachings are not available to convicted terrorists in prison.

Sure this might not solve the problem that is Islamic terrorism, but it’s 5 steps in the right direction.