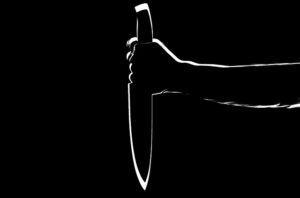 In today’s 24 hour news cycle, it is tempting for independent media to rush out a story to get the jump on their competitors. The XYZ team were shocked when we heard the news that, Jo Cox, a pro-Remain Labor MP in Britain had been murdered. We were particularly conflicted when we heard reports that she was murdered by a man shouting something along the lines of “put Britain first.”

However, caution, in this case, has proved the better part. It now appears likely, after interviews with eyewitnesses, that the murderer never yelled “put Britain first.” It appears likely that it is an invention which “progressives” on Twitter have exploited to disseminate a false narrative… Again..

With this in mind, The XYZ has put together the following statement, courtesy of Keating, regarding the facts of the case as we know it:

It is a tragic act carried out by a lone wolf, who was mentally ill and merits discussion. We cannot reasonably link it to a broader pattern of violent ideology, however if it were the case we would be hypocritical, in light of our criticism of similar systemic Islamic violence. A common thread, however, appears to be mental illness. We express our condolences to the victim and wholeheartedly sign off with this statement – this has nothing to do with Islam.