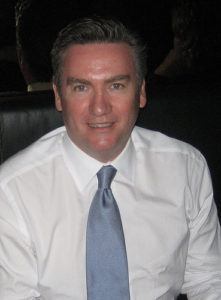 “Saying that you would hold a woman under water, regardless of whether it is a joke, forms part of the normalisation of behaviour that results in one in six women in Australia experiencing physical or sexual violence at the hand of a current or former partner.”

Now these are the type of quotes that usually go unchecked.. I mean, no one challenges them. These statements demand of us to believe something as fact without question; in this case, that a joke apparently ‘normalizes’ the behaviour of violence against women. But should we accept such a matter just because it is written or has been said? Or should we as a society, learn to question such statements a little more thoroughly?

Let us question the quote above.

Is the human psyche so weak that one cannot ascertain the difference between a joke made in light jest and the notion of right and wrong, as per the accepted norms and standards within society today?

The ‘experts’, who have spent 4 to 8 years at University being told what to think, certainly seem to think that the human psyche is so weak as to fail to distinguish between the two.

But what actual evidence exists? What long term studies have been done to test these unfounded theories as proposed within the above quote?  Or are they just thought bubbles, which sound good and have a ring to them, that have been formulated by social justice warriors sitting upon Ivory Towers, who actually have little idea of what they are talking about?

You can answer that yourself.

Think people, think. What ‘they’ are asking you to accept is that you as an individual, lack the ability to distinguish between fact and fiction, between right and wrong and between humour and reality.

I’m personally of the opinion that the overwhelming majority of people, which includes you, are far brighter than what ‘they’ would give those people credit for.

In fact, these kind of statements, as the one made in the quote above, which are stated to be fact and as such protected from questioning, are causing more division, frustrations and disconnect in our society, than whatever subject matter they are usually addressing.

And this division comes from the predictable conflict between those who accept such statements without question – who then go on to demand that others modify their behaviour based on such statements – and those who are willing to challenge and speak out against unfounded theories sold as fact.

We don’t have to accept what is put in front of us.

Maximillian was first informed that he was a fascist soon after he began using social media to raise concerns about the influx of illegal immigrants arriving by boat and the blatant international wealth redistribution scam, known back then as a Carbon Tax. Accepting this title, Maximillian has become an outspoken ‘Moderate’ Fascist who objectively promotes the idea that ‘Fascism is the ideology of peace’ and dreams of one day leading a democratic fascist revolution against the tyranny and oppression of the Global Leftist Agenda.