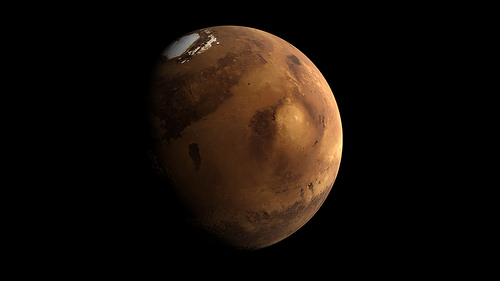 The scientific community has been rocked in recent weeks by the discovery that Mars is, at this very moment, experiencing climate change.  NASA probes have determined that “Mars has retreated from a glacial period that would have covered large areas in white before the thaw about 370,000 years ago.”  The full report in the journal Science can be found here.

In response to this dramatic news, XYZ Science Reporter, Dr Ikbin Depp, has the following to say:

Man made fossil fuel emissions endanger the whole solar system: This is a fact as we now know the polar ice caps have melted. On Mars! Our destructive practices now endanger the Martians – and what next – Venus? I predict Pluto will be warmer than Ibiza by 2025.

The science is settled!