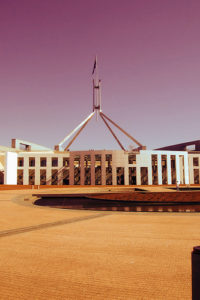 A spokesperson for the ALP has stated today that Labor intends to return Australia’s budget to surplus by 2135, (or 2166 at the very latest):

‘Labor, if elected, holds the aspiration to return the budget to surplus toward the middle of next century.  We intend to achieve this outcome in two ways:

‘Firstly, Labor will spend its way to surplus.  We will massively increase spending on social services, and will give free money to people who have less money than others.

‘Simply put, we believe it is much more financially rewarding to bleed the rich dry over the course of several years, than to take it all at once, after which, there is nothing left.’

The Liberal Party has responded to this policy announcement by matching all of the Labor Party’s spending commitments, but maintains that it will return the budget to surplus ‘decades earlier.’  A spokeperson for the Liberal Party stated:

‘We want to make it clear that we are fully committed to implementing Labor Party policy, because we are afraid that people will think we are not as nice as the Labor Party if we don’t.’

Sources inside the ALP say that if Labor isn’t elected, it intends, in coalition with the Greens in the Senate, to block all attempts by the Liberal Party to repair the budget.