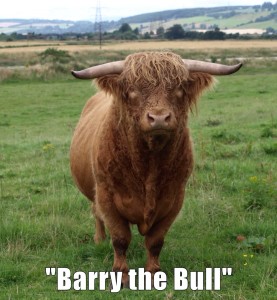 Stunning new allegations have come hot on the heals of other stunning allegations, in a zoophilia scandal which continues to rock the pinnacles of social media. In an exchange which this reporter cannot categorically confirm actually happened, The XYZ has been approached by a bovine character whom we can only identify as “Barry the Bull,” who claims to have had “consensual sex” with the head of Facebook, Mark Zuckerberg.

The following is an account of the purported interview:

XYZ: Thank you Barry for agreeing to speak to us. Nice paddock you have here.

XYZ: Could you tell us about your encounter with Facebook founder and CEO, Mark Zuckerberg?

XYZ: Okay. Could you tell us, were you satisfied with the his attention to foreplay?

XYZ: Did you feel that he showed respect for you and your feelings?

XYZ: Did you enjoy it?

XYZ: Did you give it or take it?

XYZ: Did he say he would call you? Have you heard from him since?

At this, Barry the Bull became quite agitated, and this XYZ reporter felt it was wisest to leave the paddock. We can also reveal that unsubstantiated rumours on one scurrilous forum suggest that renowned philosopher, Peter Singer, has in recent days spoken out in defence of Zuckerberg.

The XYZ will update with more on this story as it trickles in.