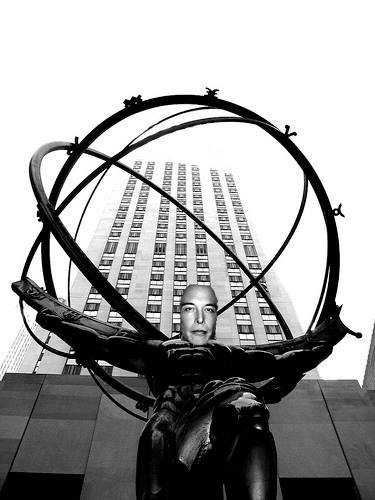 April, 2027. A tall, stocky man is escorted by armed guards through a hall, up an escalator, and down another hall of a plush hotel, somewhere in Washington D.C. He gives no sign of fear, despite what others might perceive as foreboding. Instead, as the guards pause at a door, he feels a dull curiosity – “What can they possibly have?”

Inside he is met by the President’s Chief of Staff:

CoS: “Mother has been waiting for you. Thank you so much for coming, Mr Musk.”

CoS: “Would you like some champagne? We have one of the last bottle left before the Californian farms were nationalised.”

Musk: “No thank you. I prefer French. I have some of the last bottles of that, myself.”

CoS: “Oh Dear Sir, how could you? You know how much it offends their religion that some of that old industry exists. We even mandated the confiscation of French alcohol so as to avoid sanctions. But never mind. I guess in your case we can make an exception. Nobody shall be to know, Mr. Musk. It will be our little secret.” ***winks***

MP: “Hello dearest. And good day Mr. Musk. It is a delight to see you again.”

MP: “I am so glad you were able to make it for a drink. While you are here, there a few things I would love to chat to you about. Have you been offered some champagne?”

MP: “Shut up Bill.. Mr Musk, it really is a pleasure to have you here, especially with your busy schedule. However do you find the time? Ha ha ha. You truly are such a diligent servant to the people.”

MP: “It’s not about me, Elon, it is about the what is best for the people.”

Musk: “Then what do you say is best for the people, Madam President?”

MP: “I think what the people would appreciate is better access to affordable cars. As the last manufacturer in America, it is your duty to ensure the human right of every American to an affordable car.”

Musk: “You have already mandated Tesla sell below cost price. We are meeting that obligation, but I can only keep that plants running for 18 months at this rate. If we reduce our sale price any further, Americans won’t be able to buy a new car, affordable or not. Period.”

MP: “But you’re the businessperson, Mr. Musk. I’m sure you’ll figure something out.”

Musk: “You don’t need to be a businessman to know that a business cannot operate indefinitely at a loss.”

MP: “Shut up Bill.. Elon, can I call you Elon? Thank you. Elon, in this time of fiscal stress, we all have to make sacrifices. You know the ins and outs of balance sheets and business transactions better than I do. You’re the expert. I’m sure if you tell us what you need, we can come to some arrangement. Tell us, what do you need?”

Musk: “Well, if you lowered the tax on lithium, or cut it completely, it could turn things around. You have been raising it every month, and we have had to cut production here drastically. We just can’t afford to use so much of it any more.”

MP: “I don’t think we can do that, Elon. We all have to make sacrifices, and lithium mining, thanks to the demand your expertise provides, is one of our last reliable sources of income. Surely you can see how important that is to us, I mean, to the people?”

CoS: “Plus, we have allocated the bulk of next month’s revenue from the lithium tax to providing the relief shipments for the Islamic Republics of Belgium and France.”

Musk: “Well, your tax is so exorbitant that Deep Space Industries are considering ending all shipments here, so you can either lower the tax or lose the revenue completely.”

CoS: “They don’t even care about the environment.”

Musk: “Asteroids don’t have an environment.”

CoS: “But they’re part of the environment.”

MP: “That Mars colony of yours is years in arrears as it is. Don’t start thinking you can blackmail me like that, Mr Musk.”

Musk: “It’s not my colony. I simply transport people there. Neither is Deep Space Industries my company. They make their own decisions.”

CoS: “I can’t believe people would pay money to go to such a backward place. Let alone women. Or black people. So many black people moved there. What pathetic excuse the Mars colony has for a “government” doesn’t even have affirmative action legislation.”

MP: “Deserters. They have stolen more wealth from this planet than any capitalist in the last three centuries.”

Musk: “I gave a lot of them a free ride. You can’t steal what the government has already stolen.”

CoS: “Think of the common good.”

Musk: “The common good is what has motivated me, for every single second for the last three decades. I have thought of the common good so intensely that I have single-handedly ensured the survival of the human species by making it multi-planetary. So don’t tell me to “think of the common good.” I know the common good better than you could possibly imagine. And I know that what serves the common good is self interest. At its most fundamental, people’s self interest is about ensuring their own survival, in protecting their own lives. If you steal someone’s property to give to someone else, you are endangering their life. You are endangering the most important thing that person will ever have – their life – you only ever get one life. Who can blame them if they attempt to flee from you with their property? All they are doing is protecting their own lives. And if you keep mandating that I run my companies at a loss, you will be mandating that I lay down my own life.”

MP: “Spare me the ideological crap. We all have to make sacrifices. If you can’t find a way to make it work, we can always make you.”

MP: “Oh, no, no, you misunderstand, Elon. Please, be reasonable. You’re the businessperson, after all. Surely you can find a way. You’re the expert, after all.”

CoS: “Is it true you have established Tesla and Space X plants on Mars?”

Musk: “Yes. It was relatively easy. We are getting more resources from the asteroid belt sent there, because it’s closer, and we get to keep the profits.”

MP: “Because you don’t pay your taxes.”

Musk: “Then give the regions of Mars a say on policy.”

MP: “We couldn’t have that. They want silly things like flat taxes, freedom of speech and gun rights. You and your colony need to learn your place.”

Musk: “It’s not my bloody colony. And you’re talking about taxation without representation. I believe there is an historical precedent..”

MP: “When are you going there next?”

MP: “And when do you plan to return?”

Musk: “How would you even get there? What are you going to do if I don’t.”

WC: “Yeah and you only keep me around because you damn well need me.”