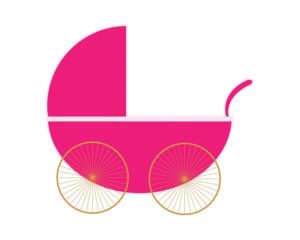 Allow me to wade into some very murky water.

Yesterday, Victorian police announced that the mother of toddler Sanaya Sahib confessed to killing her toddler daughter. Security camera footage which has been released and published in the media show her pushing her daughter in a pram to Darebin Creek, where Sanaya’s body was found, and returning with an empty pram. The story is heartbreaking, and there is little doubt, judging by the references made to the mother, that she is devastated, along with the rest of the family.

I am loath to politicise instances such as this, but if the mother of a boy bashed to death by his father can become Australian of the Year for her campaigning against violence against women, we must be allowed to ask a few obvious questions, to speak openly and frankly about the way our society deals with domestic violence.

Firstly, how many of you would be willing to bet money that Sanaya’s father will now become a high profile campaigner against violence against men? Forget it… Instances of mothers killing their children is not unusual. One of the worst mass-murderers in Australian history murdered her seven children as well as a niece in Cairns in 2014.

The fact that the often mutual nature, and the high rate of female initiated domestic violence is scandalously ignored, in favour of the party line on patriarchy, dirty jokes, Parliamentary enquiries into Barbie dolls, and rape culture, actually perpetuates domestic violence.

Thirdly, the reason many were suspicious of the mother’s tale from the start was her description of the person who had taken her baby as part of her alibi – “a shoeless African man smelling of alcohol.” Wouldn’t a child snatcher plan meticulously and prefer to have their wits about them? It is interesting that the mother would blame an “African?” She is a Muslim. Does that mean Muslims are inclined to make racist assumptions about Africans?

A “white Hispanic” in America was dragged through the courts, and damned on social media, for killing Trayvon Martin in self defence, but effectively charged with bringing on the whole ordeal himself because he racially profiled a black boy. Will the SJW’s now condemn Sanaya’s mother?

Or did she say it was an African because she made an assumption that Aussies are racist against Africans, and would be more likely to believe her if she told them an African did it?  Perhaps he would have had more luck blaming it on a white nationalist…

These are harsh questions to ask. But the dominant narrative of domestic violence and racism that is told in the modern West is that domestic violence is carried out primarily by men, and white people are generally racist toward brown people. This is a story which does not fit this narrative. Depending on how committed one is to the narrative would determine whether you believe that this is just an isolated incident, accounted for by the qualifiers “primarily” and “generally”, or whether it causes you to question whether it is the narrative itself which is wrong.