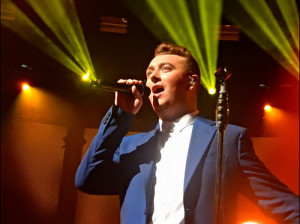 British musician Sam Smith has been embroiled in controversy over his acceptance speech after receiving an Academy Award for Best Original Song for his James Bond theme song, Writing on the Wall. His speech contained the following controversial statement:

“I read an article a few months ago by Sir Ian McKellen, and he said that no openly gay man had ever won an Oscar, and, If this is the case — even if it isn’t the case — I want to dedicate this to the LGBT community all around the world.”

Naturally, Smith has been slammed for omitting the letters “I” and “Q”. A spokesperson for the intersectional feminism community has condemned the speech for “such blatantly exclusionary language.”

Meanwhile, a Twitter storm has forced Sam Smith into a humiliating public apology. A spokesperson for Smith has announced that he has immediately sought treatment for his issues relating to “problematic public conduct,” and has asked for privacy during this difficult and challenging time.