I must be perfectly honest, I was never much of a fan of John Howard while he was prime minister of Australia. But the recent 20th anniversary of the election of the Howard Government has got me thinking.

Considering the current mess, and the dysfunctional clash of egos which wreaked havoc in through Australian politics during the Rudd – Gillard – Rudd years, John Howard is looking pretty damn good. And I doubt I’m the only one thinking this.

Whether you liked John Howard or not – you knew what he stood for. While Howard would not likely be described as a pluralist, he was a genuine egalitarian. Howard weathered several periods of low popularity within his party and the electorate, yet maintained an enduring period of political and economic stability for our nation. What’s more, he put 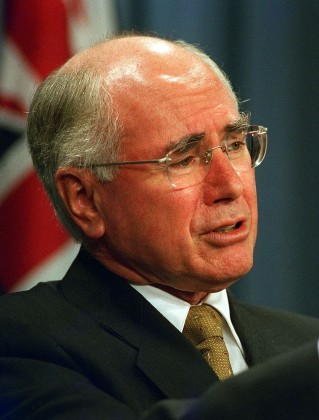 controversial changes in legislation to the electorate before claiming a mandate – as was the case with the introduction of the GST.

In fact, it was often John Howard’s supposed ‘boringness’, his purported lack of charisma, his characterisation as a quaint and dorky old fuddy-duddy that attracted ongoing criticism. And aren’t we the silly ones now…

And frankly, I’ve had enough of silver tongued salesmen, incompetents, ideologues who slander dissenters and bullies with their messiah complexes who dominate the political landscape now. Add ‘criminal’ to the mix, and you also have the presently alarming state of American politics.

As time passes, John Howard’s leadership and government is looking better and better. For whatever style and charisma John Howard lacked, he made up with substance and stable governance.

I never thought I’d say this, but I miss John Howard.