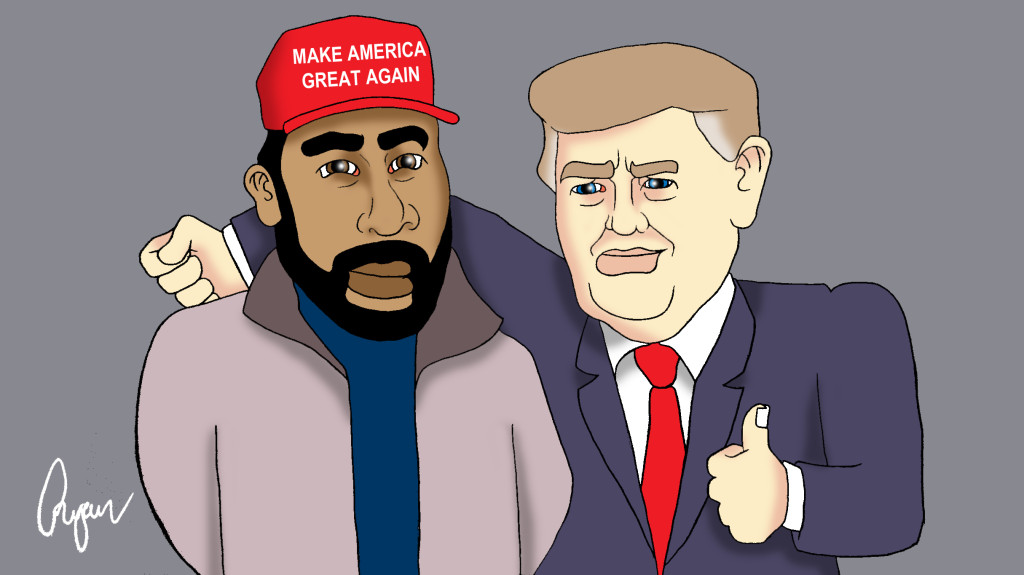 Increasingly Trump rallies are being disrupted by riotous little loyalists to Socialist Sanders, which constitute the dregs that deceivingly picket under the mantra of “Black Lives Matter”.

At a rally in St. Louis, Missouri on Friday 11th March, a filmed interaction between a Black Trump supporter and a bunch of Black protesters took place (which has since gone viral on the internet).

As you will notice this Trump supporter systematically destroys the border-line retarded rhetoric of these protesters. He responds by saying:

“I’m voting for Trump because I want jobs, not welfare,”

“I want a job. I want a future that’s mine. I don’t want handouts from the government.”

“Black Lives Matter is a movement that shouldn’t even exist,”

“You want to talk about Black Lives Matter? Go to Chicago. Tell them that black lives matter. All of you people want to go into the streets and complain, ‘Oh, they got shot by the cops’, but you don’t want to go to Chicago and say we’re killing each other in droves.”

When some scrawny looking leftard states “The KKK and white supremacist groups are actually in support of Trump” and demands that the Trump supporter ‘explain that to him’ this was the reply:

Personally this Trump supporter is a bloody legend in my books, and I’m pretty sure any common sense conservative would agree.