Today I happened to be on campus at one of Australia’s top universities.

Near the main campus building, I noticed a group of activists from Socialist Alternative who were asking pass 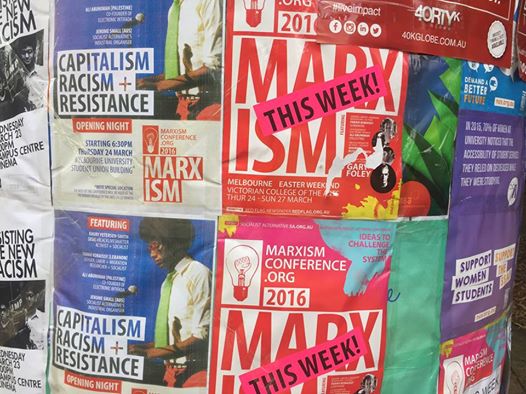 er bys to sign a petition – not an uncommon occurrence at an Australian university. As it happens, the petition they were asking people to sign was to support the “Safe Schools” Coalition program, the now infamous school program which as its founder Roz Ward stated: is about promoting “gender and gender sexual diversity.”

I walked up to one of the young activists to strike up a conversation. After being asked if I would sign the petition, I enquired about what measures were being taken to roll out the Safe Schools program in Islamic schools. Going by his response, it seems that they are doing absolutely nothing. I was taken aback when the young activist responded to my question saying, “I don’t talk to Islamophobes.” Really? that’s your response, I thought.

I replied, “surely if this is an important program for young people, what are you doing for Islamic youth?” He replied, “I don’t talk to racists” and just walked away.

I have become used to the left’s unwillingness to engage in any rational and respectful dialogue, and their tactic of slander and insults to shut down debate – but this is perhaps one of the most extreme instance I have experienced myself. Even back in the 1990s socialist activists were generally up for a bit of lively discussion.

Yet, the thing that struck me was no so much the unwillingness to engage in discussion, but the seeming lack of concern for vulnerable youths – youths that Socialist Alternative purports to care about. I do not support the Safe Schools program myself. But surely if Socialist Alternative cares about LGBTI young people in the way they claim to, they would be concerned about LGBTI youth in Islamic as well as non-Islamic schools and be advocating the delivery of “Safe Schools” across the board? What’s more, ‘gender and sexual diverse’ youth in Islamic communities are surely among those who are subject to the greatest risk of abuse and isolation. One would assume that supporting these young people would be a matter of urgent priority for “Safe Schools” proponents.

While Socialist Alternative are eager to promote the Safe Schools program, to introduce curriculum changes to state and Catholic schools, their concern is obviously not for all young people. If you happen to be young, a Muslim and identify as being LGBTI, it seems that the Socialist Alternative couldn’t care less.