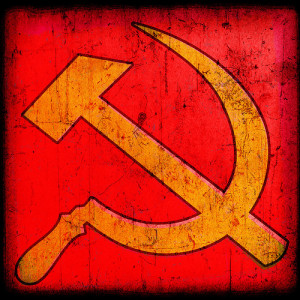 Unfortunately behind the paywall is the “exclusive” from today’s Oz, which actually tells us what we already knew – namely that the Safe Schools Coalition is not only a way of promoting homosexual and transgender lifestyles among primary school aged children, but an exercise in cultural Marxism.

“Safe Schools Coalition ­Vic­toria co-founder Roz Ward has also conceded the Safe Schools Coalition program is part of a broader Marxist …strategy to change society. Ms Ward is a La Trobe University academic who moonlights as a writer for Red Flag, the publication of the Socialist Alternative, a Trotskyite self-des­cribed Marxist organisation that has become a dominant force among university radicals and the broad-left ­activist movement.”

Further revealing is the constantly repeated refrain among defenders of the program, mainly Greens and Labor Party politicians, that the content and delivery of the material should be left to the discretion of the teachers. Not the children’s parents, of course, who might not necessarily support boys being told they can be girls should they wish to be, mixed toilets and showers, penis tucking and breast binding. But what would parents know anyway? The State, and its army of new clergy – teachers, doctors, and other professionals – clearly knows best.

This is exemplified in the quote from Victorian Education Minister, James Merlino, below, which is easily the most disturbing thing in this story – even more so than the deluded rantings of the rabid Ms Ward, who gets to lecture University students at a taxpayer subsidised institution.

“Victorian Education Minister James Merlino, who posed for photographs with Ms Ward at the recent Pride March, declined a request for an interview yesterday. However in a statement, his spokesman said that the “scare campaign” being run by opponents of Safe Schools Coalition has been “nothing short of disgraceful”. “The comments from federal MPs like Cory Bernardi and George Christensen are perfect examples of the kind of attitudes that we need to change,” he said.

Did you get that? The opponents are “disgraceful” and their comments, questioning the program are not raising legitimate concerns, but are “perfect examples of attitudes we need to change.”

Who might the “we” be here? And does the Minister have something in mind as to just how non-conforming attitudes and opinions like those of Mr Christensen and Mr Bernardi, both of whom managed to get themselves elected to the nation’s parliament, might be corrected – perhaps re-education camp, public humiliation? Or come the revolution, should we just do it the way Marxist’s have traditionally eliminated recalcitrant parents and other enemies of the State?