Colour me pink – I agree with Labor on something – and the Greens last week.

I hate politics, and I hate the two party preferred system. I have a love for policy. I believe that Liberal, Labor, Greens heck maybe even the “Progressives” have great policies – amongst vast amounts of crap. Imagine being able to vote for the policies amongst them all you like. Ah, that is wishful thinking. Politics is like an abusive relationship. You take the good with the bad and you are married to one or the other party for the next couple of years. Which, as an aside, is probably why we tend to compensate for our federal government by having state governments of the opposing party.

Last week I thought the Green’s had a good policy in drug de-criminalisation. Not so keen on much of their other stuff though, namely turning us into gender fluid self immolating muslims. Ironically, the drugs might then help deal with avoiding the inherent cognitive dissonance.

Well, now I want to agree with Labor on something. High house prices are bad. Really bad. As in, really really really bad. As in, go on a bender with Charlie Sheen. Keep enjoying the high’s that come with stimulus, and forget that the crash is coming. The longer the high goes, the bigger the crash, but we cannot fathom, as a government or society, removing the stimulus because the crash is going to be bad. And badder the longer it goes on.

Here comes some boring economic talk – but believe me, it has a sober message. 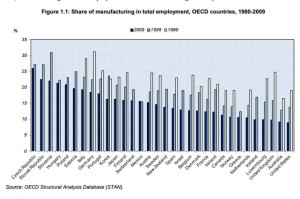 Why does this matter?

Well, like many economies pre GFC, we are run on a housing price increase inspired ponzi scheme.

Essentially, Australia has housing stock (excluding commercial property) valued at 6 trillion dollars. Now, there is a vast debt associated with that housing stock, which is staggering to consider.

The housing market rose around 500 billion last year. That is mind blowing, it rose ten times more than the federal budget deficit!

If you remember Keynsian economics, and the economics of the pre GFC, you will note that every dollar of government deficit gets re-invested and via the multiplier effect will result in approximately a 5 dollar boost to GDP.

In summary, we are essentially coked up on a binge with Charlie Sheen. Look at property price rises – winning.

On the other hand, we have low manufacturing, staggering debt and historically low, too good to be true interest rates, a federal govt deficit of 50 billion per annum and horribly petulant politicians, media and intellectual elites who are forming an academic-progressive human centipede.

When the come down kicks in, we ought to be left with vast levels of debt, rapid increases in interest rates, a manufacturing sector costed out of existence, and a society demanding ever increasing unfunded handouts from an inept federal government.

At that point, I hope to at least take the edge off reality by getting some medicare funded LSD on my way to the mosque for the weekly pride parade in search of my daily gender which I will choose as fleetingly as my ties, dress and shoes.