Over the last couple of days, a United Nations report has found that Julian Assange has been “arbitrarily detained” in the United Kingdom since 2010 including the last three and a half years he has been bunking it at the Ecuadorian embassy in London.

Even though Assange will most likely be arrested the moment he steps out the door (not an unusual scenario for someone wanted by police), he freely entered the embassy in 2011, and is free to leave at anytime. The person who decides whether he leaves or stays in the embassy is Assange himself.

As such, the British Government has understandably rejected any claim that Julian Assange is a victim of arbitrary detention.
A sp 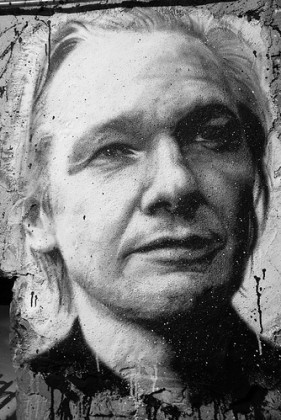 okesman for the government stated that

Assange is voluntarily avoiding lawful arrest by choosing to remain in the Ecuadorian embassy.

Assange’s legal team assert that he should be able to leave the embassy without the prospect of arrest – a deal that many others wanted by authorities could only dream of striking.

There is an allegation of rape in Sweden that Assange is still to face, and there continues to be a warrant in place for his arrest.

I frankly do not buy the conspiracy theory that the Swedish allegation of rape is a front to have Assange extradited to America where we are told he will face torture or the death penalty.

Julian Assange has in my view, chosen to be his own jailer by avoiding to face the allegations made against him. Had he been holed up anywhere without immunity, he would have been arrested by the British police long ago. What’s more, had he actually faced the allegations made against him back in 2010, he might not have wasted the last few years of his life in a self-imposed prison.

Photo by Abode of Chaos