Here is one fo 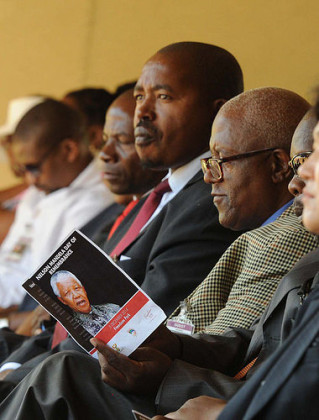 r you. African fella just married his forth wife. Big deal. A politician. So what. Just converted to Islam. Ah, that’ll help with the bigamy #3 divorced him for. Number 2 shagged his brother. Now, this fella is all about tradition. It is core to his character. Says so himself. Good on him. A tribal leader he is. Great, I guess, good role model I suppose ‪#‎BlackPower‬

So what if his Islamic identity is at odds with his ability to execute traditional tribal rituals? Don’t express “disquiet”, be racist, or Islamophobic. Anyhow, Mandela would be proud of his legacy. Not just what they have done with the place since they took power. No, he must be real proud of the choices his grandson has made. ‪#‎BlackRoleModelsMatter‬ We salute you, in a Beyonce kinda way.