Here is a snarky headline and a sarcastically chosen photo, seen in The Age a few days ago. 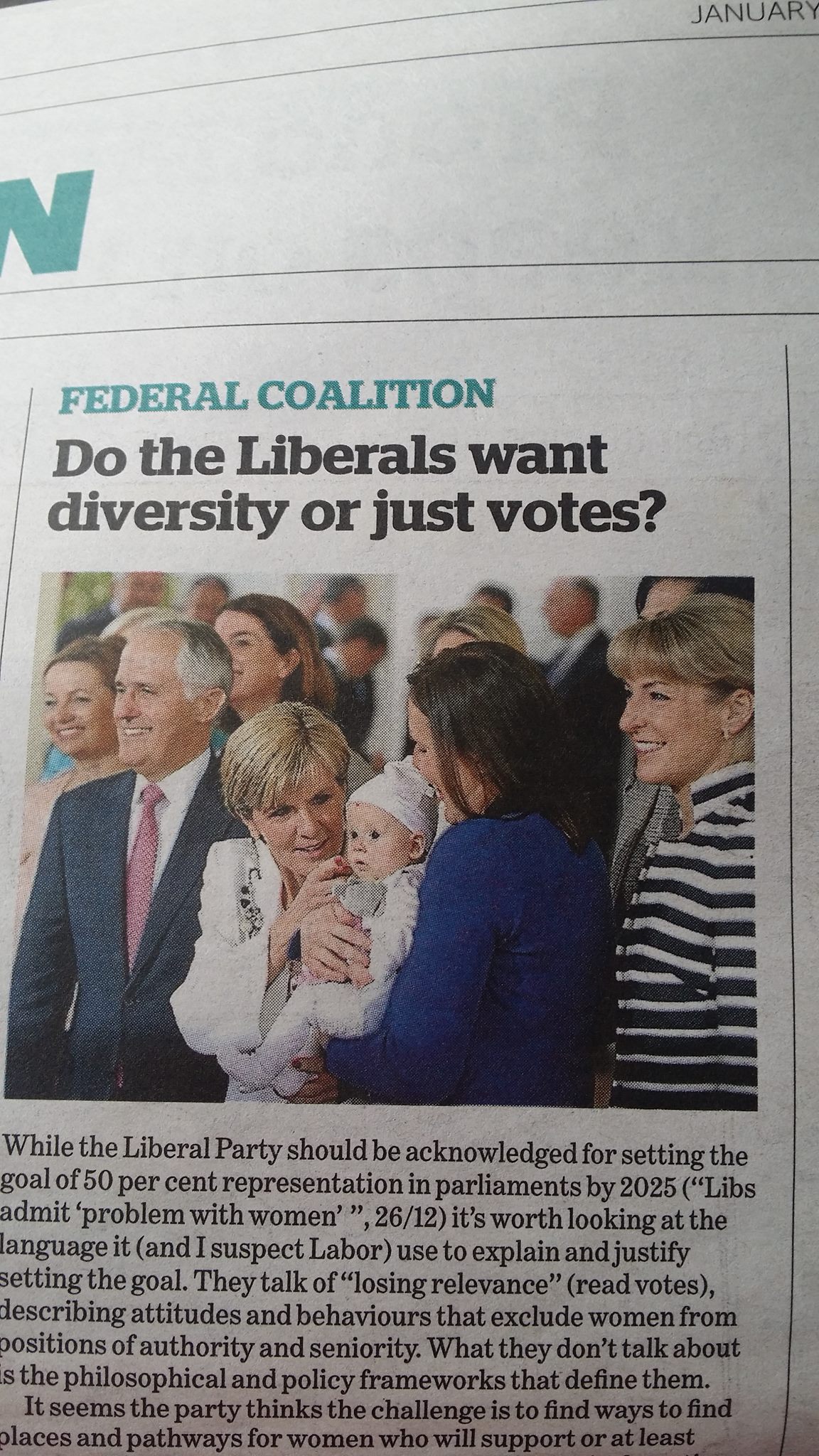 If anyone has been in a situation where a bully is trying to force you to do something, so you finally do it just to shut them up, but then they switch the argument and just keep hounding you about something else, then this picture is probably causing a post-traumatic episode.

The “progressive” establishment have criticised the Liberal Party relentlessly for years for not emulating its own infantilising approach to women’s representation in parliament. Now that Malcolm Turnbull has found another way to implement Labor Party policy, this “progressive” columnist has simply turned around and said ‘well you don’t really mean it, you’re just doing it for votes.’

The writer appears disappointed that the Liberal Party hasn’t articulated the philosophy the Labor Party so earnestly believes behind why quotas, or aspirations, or undertakings to have an aspiration to perhaps start thinking about it, is important. And the photo, featuring Foreign Minister Julie Bishop smiling at a baby, implies that she only has her job as a token ploy to appear “progressive”.

The irony of the photo is that Bishop has earned her position, and earned it well, through years of hard work, and has excelled as foreign minister. And this shows up the writer’s faux disappointment for what it is – an opportunistic stab. It is women in the Labor Party whose position is suspect, precisely because of the Emily’s List quotas it adheres to.

The Liberal Party should instead articulate this point relentlessly. And it should do so with all its principles, such as the right of people to engage in commerce with each other for mutual benefit, and articulate why this benefits the whole of society.

The writers and readers of The Age won’t be satisfied until the Liberal Party either abolishes personal property rights, nationalises the means of production, and sets about the genocide of the kulak class, or disbands. If it plays by the left’s rules, the left will simply continue to shift the goalposts, and drag the “centre” of politics further and further to the left.

Rather than provide a link to the article in question, and thus increase the hit rate for The Age, please enjoy, once again, The XYZ hamster.