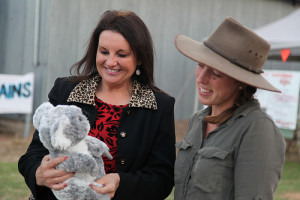 As it is written in the prophets, ‘out of the mouths of babes and infants’ comes sometimes the most profound wisdom. And out of the mouths of simpletons too. Pauline Hanson was never the most articulate and polished of politicians (re. her famous ‘please explain’ when asked about xenophobia), but Ms Hanson did sometimes say the sort of things everyone was thinking, but were too afraid to say, chiefly for fear of being shouted down as a racist.

Jacqui Lambie frequently conjures the ghost of Ms Hanson in the nation’s parliament, especially when she opens her mouth and begins to talk. Never strong on logic, let alone coherent sentences in passable English, Ms Lambie does sometimes hit the nail on the head, in her own rather elementary way. This week’s gem was Lambie’s assertion, at a meeting of the Tasmanian minerals council, that the Greens and Islamic State had quite a bit in common, primarily that each are fanatics who would, if given the levers of power, return us to the Stone Age.

Whilst the comparison is a harsh one, it does have some some elements of congruity. Both movements are inherently dystopian, sociopathic, and anti-Enlightenment; both are totalitarian in their own ways; and both would seek to undo the Age of Reason and the Industrial Revolution, returning the world to a pre-enlightened Dark Age. Fundamentally, both the Greens and Islamic State are dangerous extremists. The main point of difference would seem to be that the Greens have not expressed a desire to hack off anyone’s head just yet.