If you are not yet convinced that reasoned and considered debate has been all but expelled from western universities, this story may finally change your mind. 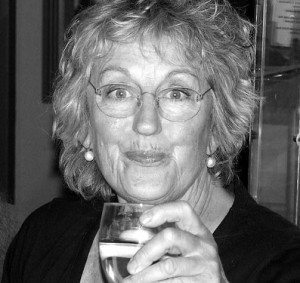 Ms Melhuish has set up a change.org petition which states:

“On the 18th November 2015, writer and academic Germaine Greer is scheduled to deliver a lecture at Cardiff University entitled ‘Women & Power: The Lessons of the 20th Century’.

Greer has demonstrated time and time again her misogynistic views towards trans women, including continually misgendering trans women and denying the existence of transphobia altogether.

Trans-exclusionary views should have no place in feminism or society. Such attitudes contribute to the high levels of stigma, hatred and violence towards trans people – particularly trans women – both in the UK and across the world.

While debate in a University should be encouraged, hosting a speaker with such problematic and hateful views towards marginalised and vulnerable groups is dangerous. Allowing Greer a platform endorses her views, and by extension, the transmisogyny which she continues to perpetuate.

Universities should prioritise the voices of the most vulnerable on their campuses, not invite speakers who seek to further marginalise them.

We urge Cardiff University to cancel this event.”

According to the Age, Greer has hit back at her proposed ban, stating:

“I don’t really know what I think of it. It strikes me as a bit of a put-up job really because I am not even going to talk about the issue that they are on about.

“What they are saying is because I don’t think surgery will turn a man into a woman, I should not be allowed to speak.

“I do not know why universities cannot hear unpopular views and think about what they mean.”

Yes, indeed.
It is times like this that I don’t know whether to laugh or cry.