If you were not completely convinced until now, despite the weight of evidence, the recent attempt to ban Germaine Greer from speaking at Cardiff University confirms the death of the university as an institution unfearfully directed towards open inquiry, the accumulation of knowledge and apprehension of truth. 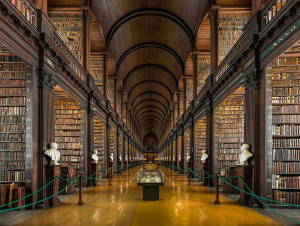 I reported yesterday that: “Cardiff University’s Student Union women’s officer Rachael Melhuish has launched an online petition to block the ageing feminist Germaine Greer from speaking at a university event.”

“Greer has demonstrated time and time again her misogynistic views towards trans women, including continually misgendering trans women and denying the existence of transphobia altogether.

Trans-exclusionary views should have no place in feminism or society. Such attitudes contribute to the high levels of stigma, hatred and violence towards trans people – particularly trans women – both in the UK and across the world.”

Greer’s response to this attempt to exclude and silence her stands in stark contrast to the infantile and intellectually and morally inept comments above. Germaine Greer simply stated in reply:

“Apparently people have decided that because I don’t think that post-operative transgender men are women, I’m not to be allowed to talk,” she said.

“I’m not saying that people should not be allowed to go through that procedure, what I’m saying is it doesn’t make them a woman.

“It happens to be an opinion, it’s not a prohibition.”

So if you don’t believe a man who has male DNA, but has tried to make himself appear like a woman, is actually a woman, you should be excluded from expressing that opinion (indeed that FACT) on a university campus?

If that is the case, the university is now dead and buried.

No doubt, even discussion about the death of the university would be too challenging a topic, and potentially threatening to ever discuss on university campus, and would most likely be branded as some form of ‘hate speech’. Indeed, the likes of Cardiff University’s women’s officer would be running for cover in their safe spaces if such a topic was actually introduced.

Rather than trying to rescue a lost cause, perhaps it is time to establish new institutions to carry on intellectual inquiry, where subjectivity and feeling do not override objectivity and the unapologetic search for truth, now that the university has parted way and appears for all intents and purposes, to be dead and buried.