Former Prime Minister of Australia, Paul Keating has come out today, all guns blazing as usual and declared that it would be “deeply sick” for Prince Charles to become king.

“What are we going to end up with?” Keating is reported  as saying. “Charles and Camilla for God’s sake.” 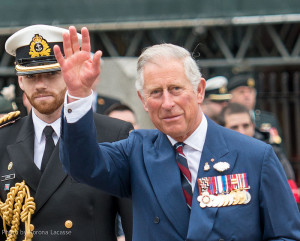 While embarrassing our nation in front of the world yet again, the former prime minister (geez, that was hard to say) has also taken the opportunity to call for a renewed push to make Australia a republic.

I find it is ironic when republicans talk about the need for Australia to mature and cut off the apron strings from Old Mother England when we get such puerile and immature comments and arguments from people such as Paul Keating.

Let me be clear: I am not intrinsically opposed to Australia becoming a republic at some point in the future. But while republican court jesters and clowns persist in their adolescent behavior, and insist that this is the right and next step in order for our nation to ‘mature’, I just can’t take them and their arguments seriously.

Rather, what we appear to have are a lot of teenagers who keep nagging mum and dad for the car keys, but should not be let near them. God forbid, Paul Keating probably fancies himself as a potential Australian president.

As I would not hand over the car keys to an underage kid who petulantly insists that he is old and mature enough to drive, I wouldn’t trust Paul Keating with the keys to our nation for fear that he and his republican ilk would quite likely wrap our nation around the nearest tree.