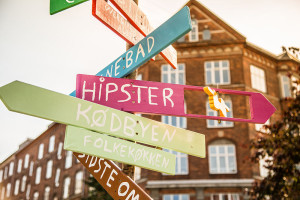 The crowded café in which we met was typical of many in the area, with tables spilling out onto the busy footpath, spaced around council infrastructure to which several bicycles were chained, and over which notices of upcoming concerts, vegan markets, and political protests competed for space. Ben* (not his real name) had told me I would recognise him as “the one with the man bun on the top of his head.” As I arrived, wearing a pin striped suit but open necked shirt (having wisely elected to lose the tie in transit), I was dismayed to find the line at the decaf coffee machine populated chiefly by young men with man buns at the top of their heads, among a sprinkling of bandannas. But I must have stood out. A smile flashed across the face of a young man with flowing red beard, and yes, man bun, and he approached, clad in a bottle green shirt that hung loosely around his thin frame.

I introduced myself and Ben greeted me warmly, saying, as he shook my hand,  “so you’re the stiff from the newspaper.”

I admitted this were true, and we were soon seated outside in the pale morning sunshine, pleasingly away from the overwhelming stench of body odour and day old marijuana residue inside, Ben sipping from a pale cup of tea of some variety, and me, after enduring a frown from the barista, from “a plain old flat white” (i.e. normal coffee). It wasn’t long until we got down to business.

“So you wanted to ask me some questions,” Ben began, “about how it is one gets to do what I do?”

“We call ourselves POT’s” Ben replied, “although there are not many of us who have gone professional yet, there’s still lots of amateurs out there.”

“So what does a professional offence taker do?” I asked, trying to sound as genuinely curious as I could.

“It’s a varied role,” Ben explained, his voice pensive. “In essence, the nature of it is vicarious. We feel deeply the offence of another, usually another group of people, who are so marginalised, and so socially excluded, that their offence is not heard, or cannot be heard, beyond their own community. We feel the offence, I mean, you have to really feel it first, and really own it. And then we make it known and we make it heard.”

I stared into my coffee. It was probably the worst cup of coffee I had ever had the misfortune of being served. A scene from the Austen Powers films flashed before my mind, but I pressed on.

“Can you give me an example of vicarious offence taking?” I asked, pen in hand, though I didn’t expect to be writing anything much soon.

“Sure. The obvious one at the moment is the Muslim community. I mean, one teenage moron shoots a guy, it’s just one small murder among many, nothing special, there’s like, so way too many people on the earth now anyway… but then the media explode into a frenzy of hate filled bile. Women can’t get on a train these days in a hijab without being threatened by neo-Nazis…”

“You have evidence of this?”

“The I’ll ride with you hashtag was…”

“Proved to be false.”

“Yes. The person who invented it admitted it was false. A lie. All made up. It never happened.”

“Nah,” Ben insisted, “it’s true somewhere, if it wasn’t true in that particular circumstance, it pointed to a greater truth that was true in other ways even if this incident wasn’t true. It was True.”

As I struggled to translate this into a form of discernible English, Ben continued.

“In any case, this latest shooting has led to the Muslim community being vilified and silenced. So we are standing with our brothers and sisters in that community, in solidarity, and taking on their offence, and making it known. We’re like a mirror, reflecting back that anger, that social isolation, and the results of the implicit and historic racism all around us. We’re reflecting that to those who hold the levers of power and who control the media, and we’re taking on the faceless Jews who hold the world to ransom with their banks.”

“We smashed a bank window and pissed on the stock exchange doors last night.”

Ben collapsed into smug giggling as I stirred my coffee and contemplated a second go at drinking it. It was tasting like arsenic, but even that might have been preferable to listening any longer to the deranged ramblings of this hipster. I decided to try and wrap things up.

“So how do you make a living, as a professional offence taker?”

“By a government department?” I asked, sceptically. “Which one?”

“Centrelink.” (* for international readers – the social welfare arm of the Australian federal government, i.e. the dole).

“So describe a typical day for me Ben, if you will.”

Ben scratched his beard, thought for a moment, and said languidly. “Get up early, around twelve, maybe one. Lunch, grated carrot, or whatever’s leftover from last night’s meal, or maybe see if anything fell from the lemon tree in the neighbour’s garden overnight. Read the Guardian. There’s a Queer Rights kiss-in down at the Uni later, so might get on down there to feel some of the historic offence coming from the gay community and soak that up for later use, there’s not so much current offence in that community, but lots of useful historic stuff if you can channel it. Then think about who I can drop in on for dinner – some friends have a share house in which the residents change so often no one seems to know who actually lives there and who doesn’t. But it’s at night where I really flourish as a professional. Most of my best work is at night. It’s then you can really hear the voice of the voiceless, if you know what I mean? It’s then, walking around the city in the silence of the night, that one feels the despair, and the lack of hope, and all the oppression of capitalism, and the shame of it all, it sort of just closes in on you…”

I waited for Ben to find a handkerchief and wipe away the tears that were forming in his eyes.

“Sorry man,” he gushed, “I just feel it so deep, you know, the offence, the shame…” His voice hardened, and from within came, almost a primeval groan, that seemed to form in his throat and left his lips as a single, mangled word. “Capitalism!”

I waited for the moment to pass, and then asked, by way of conclusion. “And what are you most offended about, right now?”

“That the Prime Minister was rolled.”

“Tony Abbott?” I asked, surprised. I wasn’t expecting this.

“Yeah, the bastard got rolled. What am I gonna day with all those Fuck Tony Abbot T-shirts I’ve got left to sell. I was hoping to off load the rest at a folk music festival next week, but it’s not looking likely now I’ll cover my costs.” This was followed by a stream of vitriolic expletives concerning the former Prime Minister.

“Thanks so much Ben.”

“No problem. Any time. Do you mind picking up the tab…” 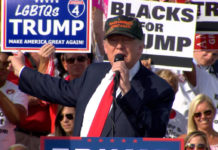 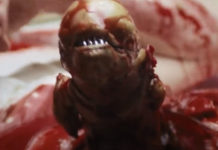 The most important Matty Rose interview you will ever watch: Covid is REAL 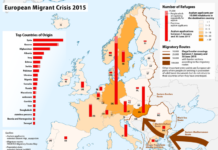 In Depth: How Israel Created the European Refugee Crisis