In our latest edition of “What’s wrong with this article?” we bring you a shining example, from a BBC article on February 20, 2013, of the idea that finding complexity in something simple is not a sign of intelligence.

Firstly, this is the BBC reporting that the population of white Britons in London has fallen, both proportionally and in real terms, and it is based on actual census data.  So this is not a false statistic reported by some wacko-fundy-right-wing-nut-job.  This is the BBC.

These statistics confirm what The XYZ has been discussing quite a lot recently, the fact that the indigenous population of Europe is dropping due to low birthrates.  It also indicates that migration away from Europe, or at least from Britain, is playing a significant role.  The XYZ has discussed at great length the reasons why this could be so, but what is undeniable is that the demographic make-up of Britain is substantially changing.  It is reasonable to assume that this will have implications for Britain’s political system, its outlook, its character, and its heritage.

This in turn must have implications for policy by the British government.  Does it care that the indigenous population of the country is shrinking?  If so, what can it do to turn this around?  More startlingly, what does it tell you that so many Britons are emigrating out of Britain?  Capitals of great powers have been known throughout history as being centres of cosmopolitanism, but when the indigenous population of a country becomes a minority in its biggest and most important city, surely that is a problem?

But the BBC author, Mark Easton finds a way to make these straightforward facts, and grave implications, appear secondary.  He tells what is, admittedly, an interesting tale about how the poor of East London moved out into the boroughs after World War 2, were able to buy their properties very cheaply in the early 2000’s but then sold them to capitalise on their increase in value, and move to a more prosperous area once the local Ford factory shut down.  The populations of these boroughs were in turn replenished by recent migrant arrivals.

This story of demographic flux should serve as no more than background to the fact that Britain’s indigenous white population fell by 400 000 in the first decade of the millennium.  But not so, according to Easton, who claims that this is really a “story of success,” and he makes the history of class migration the story.

Lines such as, “With a time-lapse camera, it would appear that London is pulsing as generations and ethnic groups move up and move out,” misrepresent actual demographic decline as some kind of vibrant renewal.

The pierce de resistance comes in this paragraph:

“Even central boroughs that experienced a decline in white British may have seen an increase in the number of white residents. Kensington and Chelsea recorded 17,300 fewer white British residents but the category “white other” now makes up 28% of the local population. The immigrants here are rich white Europeans and Russians.”

Straight out of Whiteness Studies class, it would seem.  It is apperently fascist to identify as white, or pan-white-European, unless a socialist groups you all together to make a cheap point about unequal distribution of wealth in the hands of white people.  Then you can all be white.

It is one thing for Easton to display his naive colour blindness and place his quasi-socialist worldview over the top of this story.  It is quite another for him to to display moral cowardice by avoiding the implication of the demographic change.  He hints only in passing, right at the end, what the new demographic make-up of London is becoming – “the tea rooms and restaurants replaced by takeaway chicken shops and halal supermarkets serving the new arrivals” – before moving straight on, in case somebody notices, to pronounce this “a story of success.”

As The XYZ has frequently noted, the demographic nature of Europe is changing, due to low birthrates of the indigenous European population, high levels of migration, and high birthrates among new migrants.  Given that the the new migrants are predominantly Islamic, it is reasonable to assume that Europe, or several European countries, will in the near future become Islamic politically.

One of the key arguments made against this probability involves a similar intellectual sleight of hand to the one used in this article – the migrant birthrate will drop in due course, therefore fears of a coming caliphate are mere tinfoil-hat wearing scaremongering.  The argument ignores the fact that the indigenous population’s birthrate remains below replacement levels, and does not show any sign of recovery.  Whether or not the new migrants’ birthrates decline, new migrants will be required to replenish population levels, and the indigenous population will shrink regardless. 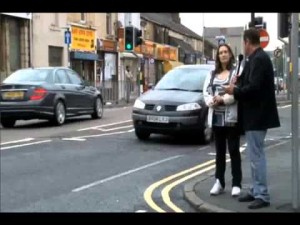 Finally, share a thought for the white, indigenous Briton who reads these statistics, realises their implications, and tries to discuss them with his mates at the pub.  One of his mates will have read this BBC article, will tell him that he is a racist git for thinking that it means the British population is in decline, and that it all has to do with housing prices, shifting employment, and the social ladder.  Then another mate who knows a lot about house prices, because he is in real estate, will waffle for about 10 minutes on it, even though it is beside the point, but in order to make the point that he is a racist, fascist git.  Then on the way home, the poor sod will come across something like this on his facebook feed, and assume that he must be either mad, a fascist, or both.  Then he will watch a movie where the only strong, good, white characters are layovers from the originals made 30-ish years ago, and, well, you know….