I’m loathe to write this, because I am sure to be shouted down as a heartless bastard, and maybe I am, but this needs to be said. Pictures of the lifeless toddler Aylan Kurdi have gone around the world, putting a human face, albeit a lifeless one, to the migration crisis gripping Europe. No one with a pulse could not be touched and affected by the death of a boy so young, and it is normal and natural that the cries to do more should grow stronger and louder among those who have seen this tragic image. 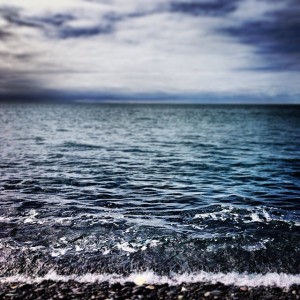 Over the past few days we have heard emotive calls for ‘the west’ to do more and more, notwithstanding that the oil rich, and much closer both geographically and culturally, states of the Middle East never seem to have to play their part according to the activists. Sentiment has played a large and prominent role in these calls to do more, understandably given impetus by the image of Aylan’s lifeless body on the beach. Accusations have not been far away either. Someone placed a prominent obituary for Aylan in the Sydney Morning Herald today (Sunday), that read, in part, like this:

“You were not a migrant, you were not a refugee, you were a three year old little boy, wanting to play safely away from the threats of violence and war.”

The writer went on to accuse the west and its leaders of coldness and indifference. As emotional and as heart breaking as Aylan’s death is, and it is, and as much the public dialogue on it, and by extension the current migration crisis as a whole, is clouded by sentiment, and it is – there is still such a thing as reality and as facts, as uncomfortable as those facts and that reality might be. The fact is, Aylan lived, not in war torn Syria, but in the relative safety of Turkey, for the three years of his tragically short life. Of course his parents fled there to escape the violence being inflicted on the people of Syria, but that is the reality, and my point – he, and they, were already safe, and had been for three years, across the border in Turkey.

As has been extensively reported in the media, Aylan’s family hoped to emigrate to Canada, where relatives had already sought asylum. It was open to them to pursue the normal channels for migration to that country from Turkey. So why did they get on a leaky boat and attempt to reach mainland Europe? Aylan’s Aunt, in Vancouver, explained it all quite freely in a television interview that received remarkably little coverage, and which left journalists, normally inquisitive by profession, incredulously bereft of questions. Aylan’s father was fleeing to the west, not to escape war, but in search of decent dentist.

“I’ve been trying to help him fix his teeth…. It was going to cost him $14,000 to do it…. He needs an implant… I think if they go to Europe for his kids and for better future, I think he should do that, and then we will see if we can fix his teeth.”

These are facts and this is the reality. Aylan’s family were resident in safety in Turkey for the past three years. They got on the boat in the hope of gaining asylum in the west, alongside the many others attempting to do the same, so Aylan’s father could have the taxpayers of a European country fund his dental work. These facts are uncomfortable, and do not suit the script that is being used to accompany Aylan’s tragic death at sea by both opportunistic activists and many well meaning people across the western world. As uncomfortable as these facts are, it does not make them any less true.

The operative fact and reality is this – the ‘refugee’ and ‘asylum seeker’ crisis is much more complex than a 140 word tweet, and far more nuanced than the slogans and accusations of refugee activists.