Let me just begin by saying that I am not a very good boxer. In fact, since I’ve never actually competed in a bout, and I am getting too old to do so, I probably can’t even call myself one. But I love the sport, and find sparring a few rounds in the ring absolutely exhilarating. What’s more, you get to know a bloke once you’ve sparred him. It is difficult to describe the experience.

Obviously, boxing is violent. It is also aggressive, yet a boxer must calmly channel that aggression. As I found out for myself – you don’t fight well if you get angry. Boxing is also intimate. That might sound rather strange to some people, but there are only a few things you can do with your body and another’s that are more intimate than boxing. After sparring someone, a strong bond readily forms.

A lot of people don’t get boxing. And I certainly don’t purport to be an expert, or to even know much about it 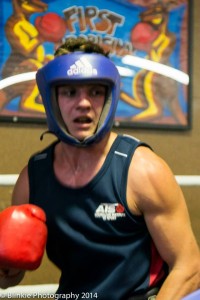 . But I’ve tasted it, so that is where I am speaking from.

Australia’s peak medical body, the Australian Medical Association has spoken out this week against boxing, and is lobbying to have it banned from the Olympic and Commonwealth Games. They don’t get boxing.

Of course, boxing is potentially dangerous. But if we scrape away the pretensions, that is not why the AMA wants it banned. Football is dangerous, and that sport would have at least as many concussions and other serious injuries, if not more than in boxing. The medicos want boxing banned, not because of potential injury, but because it is violent.

That is why the AMA wants boxing banned. It reveals that violent part of our human nature that polite middle class people do their best to suppress, or at the very least, not talk about. But it is a part of us. And denying it doesn’t make it go away. In fact, denying it can exacerbate it.

I’ve met several guys whose lives were off the rails: Drugs, sex, crime and violence, you name it. And then they found boxing. The drugs and crime or whatever else just fell away. Boxing became the thing – the place where the violence and aggression that they, and many (not only men) feel, and where it can be relatively safely expressed. In boxing, you learn to discipline your emotions, and your actions, which increases self-respect and respect for opponents and others. I have seen the positive results of what can happen when boxing is used as a personal and community development tool for boys who are going off the rails. Boxing is a powerful community development tool. If only our government and civic leaders knew.

Life if not without its risks. Boxing doesn’t shy away from the risks, in fact, they are taken very seriously, and precautions are put in place. Boxing can be dangerous. But I’ll be honest, my worst injuries from boxing haven’t been from receiving blows, but are the niggling shoulder, wrist and knee injuries which can result from the athleticism and speed that the sport demands.

The AMA doesn’t know boxing. Instead of putting out press releases and lobbing for it to be banned, they should talk to the organisers of the sport, and to the boxers themselves. Then they might begin to understand boxing. And for those who are game, to put on a pair of gloves and put in a mouth guard, and test yourself physically and mentally against someone else. Then you’ll start to get to know boxing, and yourself, in quite a profound way.