What dishonest reporting from News.Com, unfortunately, now all too often swimming in the same sewer of hatred and innuendo as Fairfax, the Guardian, and the ABC. 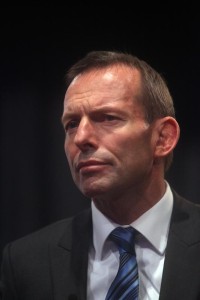 Nowhere did the Prime Minister make the comment attributed to him in this misleading headline. He did not at any time say ‘Islamic State are worse than the Nazis.’ He merely pointed out that the Nazi’s at least tried to cover up and conceal their crimes against humanity, whereas the homicidal maniacs of Islamic State delight and revel in broadcasting their atrocities to the world. News.Com should be better than this. Such deceptive reporting only gives the army of professional offence takers out there another opportunity to rehearse their catalogue of complaints and whinges, and does nothing to enhance or progress important national debates.