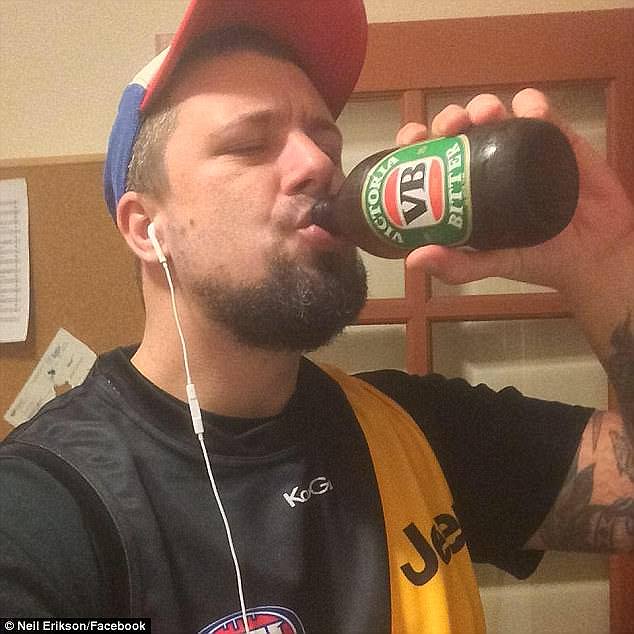 It was 1AM, Monday night. It had been a long day on the internet; moderating reddit, policing twitter, and sharing articles from The Conversation on facebook that highlighted the incredible progress being made by our small band of revolutionaries. I had worked hard that day, earning every cent in that centrelink dole and the SorosBux that came in from GetUp and Socialist Alternative, and I looked forward to a couple more hours of catching up on the latest episodes of Watchmen before passing out at an hour chosen entirely of my own free will.

A few minutes before I had made my last post on Twitter for the night, a scathing takedown of the notorious Hitlerite and pro-genocide activist Margaret Court, and the likes and retweets were flowing in. As it was a nocturnal hour and the racist bots were sleeping in preparation for their next day of dole-generating activities, I had not yet been swamped by negative comments (or “ratio’d” as is the common parlance now), but had instead received favourable reactions from my comrades elsewhere on the internet. However, one response caught my ire, simply reading “KING ANNING 2020” and I smirked as I typed out my response. “Yes,” I wrote, “And the king should be given another golden crown. Perhaps Margaret should be made Queen?” How clever of me. Pity the metaphor would be lost on that simpleton. King Anning, that revanchist colonial apologist and exploiter of Kanaka labour, crowned once more with a golden egg. I couldn’t help but snicker at my own brilliance.

My laughter was cut short, however, as a loud crashing came from the front window of the flat. Standing bolt upright, I armed myself with the dildo flail I always kept on hand purely for self defense purposes, and peered around the corner into the front room. The front window had been smashed and there was glass everywhere. Thankfully I had insurance, like any self-respecting socialist I signed up as soon as I’d seen the company’s advertisements featuring interracial LGBT couples, but I still had to contend with whatever might happen before dawn. I crept into the front room where the wind gently blew in, the venetian blinds clattering against the wall. In the middle of my lounge room was a sight that sent chills throughout my body, a lone tennis ball, the anti-Egg of Anning, the anti-Milkshake of Marx, the latest hate symbol of the Nazis. It seared its bigotry onto my carpet and diffused an aura of pure white hatred into my flat. Careful to avoid the glass, I walked toward it and readied my flail to clear out the unclean spirit from my safe space.

It was then that my reckoning came. At first it was just the distant revving of a V8 engine, but as the cacophony grew closer, a litany of racial animosity spewed forth into my ears, as the words came loud and clear:

I simply could not believe it. By the second refrain it was certain.

“WHEN GALLANT COOK FROM ALBION SAILED…”

My fear was so great, it was like the White Australia Policy had been reinstated. The original version of Advance Australia Fair was rocketing towards me, propelled by the steel beast which revved violently nearby. There was only one way this could be happening, but I scarcely thought it possible. How wrong I was when, after a series of burnouts and doughies, a silhouette ejected from the 1998 Holden Commodore and flung itself through the shattered window. Clad in only thongs, ruggers and an Australian flag around his neck, the spectre turned to face me and cried out:

He was here. He had come.

“This is it,” I said quietly to myself, “Now I am become Eggboy, Peace Be Upon Him, martyr of the new Australia. Soutphommasane help me.”

“NO POOFTAAAAAAAS!!” Yelled the man, as he flew towards me, speartackling my frail body onto the floor. Oppressed by his physical privilege, my weapon was impotent to stop him, and as I attempted to decolonise him by reciting Critical Theory, he merely unsheathed a cold Bunnings sausage from an empty VB bottle and forced it down my throat.

“AUSSIE PRIDE NOT HOMO PRIDE, AY?” He shouted, but as police sirens blared down the road, he stopped his patriotic assault and left as quickly as he’d arrived, old thongs slapping away aggressively into the quiet midnight hours.

“I can’t believe it,” I said later to the First Nations diversity officer in my police interview, “How could this have happened in Melbourne?” The officer had no answer but looked at me understandingly with xer blue eyes. “I thought you lot had him arrested for Standing While White on Invasion Day!” The officer reprimanded me for saying the W-word without the mandatory spitting, but gave little comfort. I could not expect such, given my systemic privilege over xer.

I was not physically injured, but the scars on my mind will remain forever. Let this be a warning to my fellow leftist activists: so it was with Eggboy (PBUH), so it was with me (PBUM) – a spectre is haunting Melbourne. The spectre of Neil Erikson. And should you also speak out against hate and bigotry, it may also be you that is martyred for our glorious cause.

*This post acknowledges the Traditional Owners of the land it was written on, the Didjabringatinni Culture, and their commitment to sustainability. We thank them for their timeless patience as we slowly decolonise their land for them.* 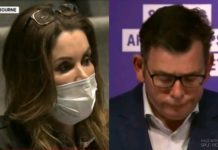 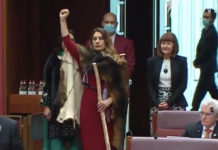