On the Right values, what we believe, are important to us. That is also true on the Left, even if we disagree about those values. But whenever we take our values to the voters we lose. Why is that?

I think that it is because values are something that matter in the long term and voting, democracy, encourages people to think short term. To put it another way people are more concerned with today’s issues than in dealing with tomorrow’s. So what are today’s problems?

It seems that they are always economic or to it put another way it is always about money. Money of course represents resources and sometimes food or some other item takes the place, temporarily, of money. Now money is how we pay for resources to live and to enjoy life, without these things life can seem quite pointless. However it seems that we come to view these things as being of such importance that we will sacrifice things that should never even be threatened.

Mass immigration is a prime example, some people financially benefit from mass immigration, including some people who don’t even know it. But at the same time it hurts lots of people and of course many of those who are benefitting today will in time find that it has hurt them. The here and now of money overrides so many people’s objections. When of course this should never have even been an option. To replace your own people with foreigners is in no way acceptable and yet it goes on, in large part because it brings in money. Money wins over values.

Of course it isn’t restricted to only that, look at Industrial Relations. If you’re over 50 you will remember that strikes were once common place. Today strikes are rare. While there are a number of reasons for that, one reason is that today workers don’t want to lose money by going on strike. Business finally worked out that paying workers good wages keeps them on the job better than anything else.

Why have so many of our old beautiful buildings been demolished?

Because the demolition makes people money and so does putting a new building on the site. The value that that old building gave has to compete with money.

Money solved a complex economic problem, how do you store and exchange wealth in a relatively safe and convenient form. But like all solutions it created its own problems, money is not the problem, human nature is. Human nature says that today is more important than tomorrow or yesterday because we live here, today. Money overrides values, something that we need to keep in mind as we go forward in our fight. 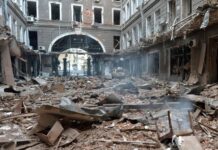