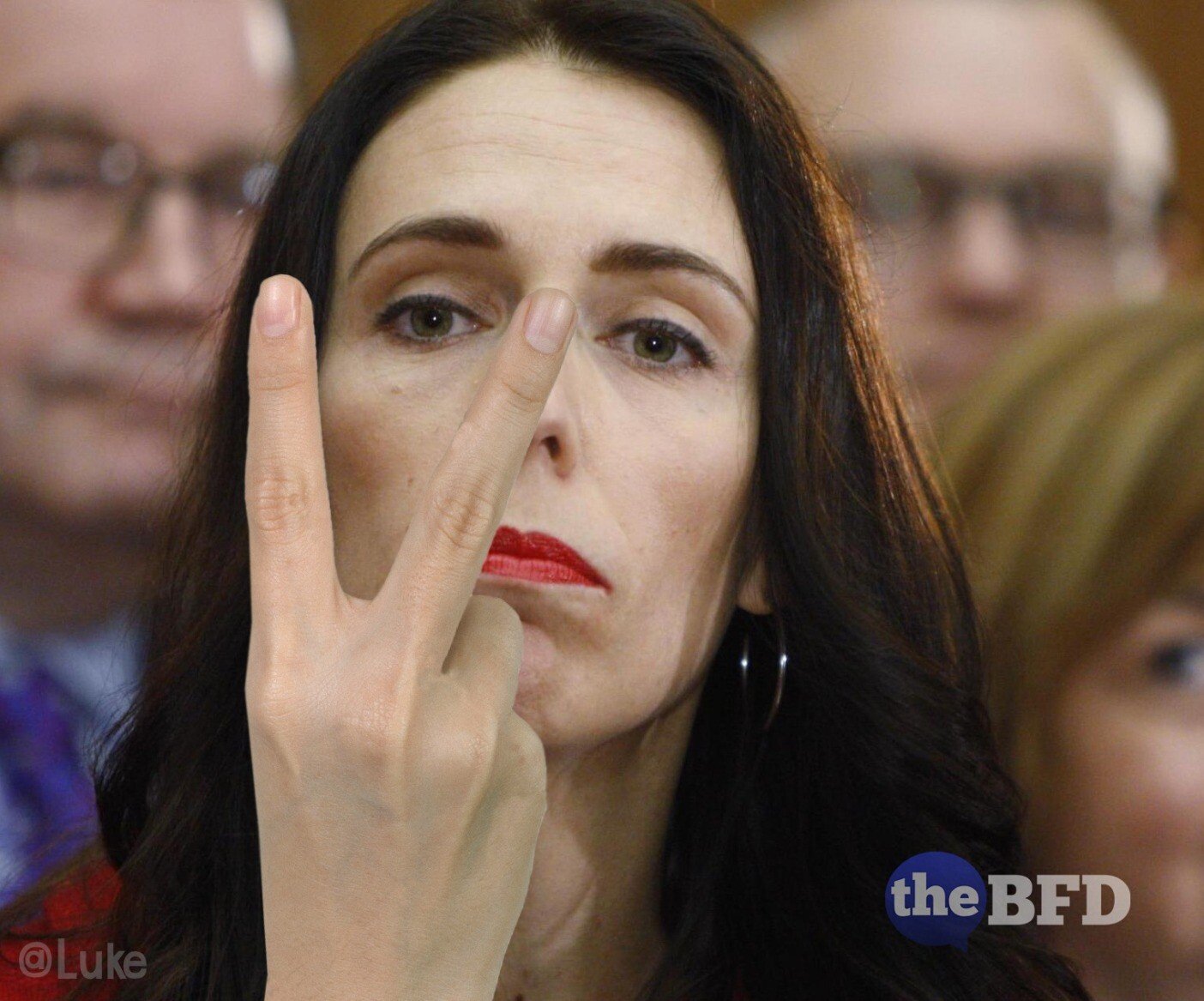 Dark Brightness is aghast at the snowballing tyranny that has taken over his beloved New Zealand.

The resentment to the Ardern is increasing. She is starting to tell us that we can have our lives back — coffee, cake, movies, concerts. She does not understand that the pain of the lockdowns and loss of freedom is not dealt with by that. She’s lost her fangirls. She can’t read the room. She’s going Marie Antionette.

Unless she changes tack quickly, this will end really badly.

I completely disagree with his exhortation for Adhern and her ilk to change tack. I am of the most strident conviction that they should continue to double down until it does indeed end very badly indeed. For them.

Our present rulers have come of political age in a period of lies and falsehoods unparalleled in modern history. In order to succeed and prosper in such an age you must be of the devil. For these evil mongers to turn back now would only leave them in power, still convinced of the righteousness of their acts and still determined to ‘change the world’ to fit their putrid ideology of woke.

Why would we want them to do that? Why would we want to prolong our pain? They and their ilk need to be made to understand that their actions and their ideologies are anathema to us. It is important to understand that their ilk is not restricted to those who would want to emulate them; it is also those who have aided and abetted them, or even directed them in some way.

The corporations that have profited from these evil times and who have relentlessly lobbied and influenced their puppets in government to aid their projects at our expense.

The vastly inflated and overreaching bureaucracy in all its forms, which has shown no compunction at imposing draconian and illegal regulations on the citizenry at the behest of its masters.

The religious institutions that have thrown in their lot with the devil and have firmly shown by their collective actions that they are very much of this world.

The grossly rich individuals, James Bond villains in caricature, who use their obscene wealth to amuse themselves at our expense, to direct grand schemes that they concoct from either mad lust for more power and wealth, sheer boredom, or a combination of the two.

I do not want them to change tack; that would save them. On the contrary, they are my enemies so I want them destroyed. And the very best way is for them to destroy themselves by their own actions. Let them reach a point where the populace can stomach no more. Let them be summarily tried and publicly executed. Let their remains rot in public view until blown away as ashes in the wind. And as such, let their fate be a severe warning to all petty despots and tyrants everywhere; that actions do have consequences; that with power does indeed come responsibility; that there are limits to what a people will endure.

Make an example of all of them. And by doing so, clean out the roost of the festering pustulence which has been building up in our nations for far too long. And then those who are of the good and the true can indeed build back better.