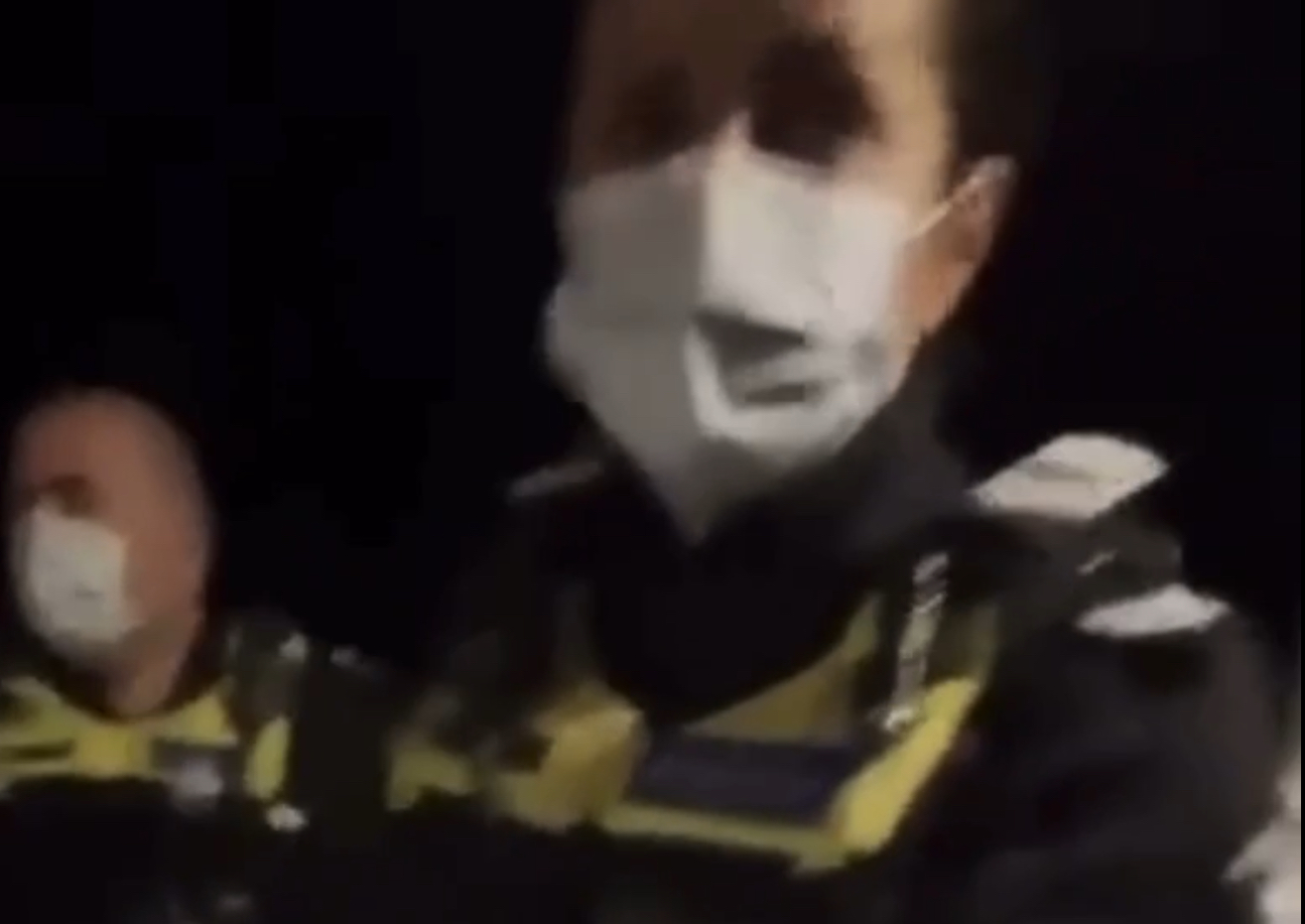 I have been thinking a lot on this passage from Aleksandr I. Solzhenitsyn in The Gulag Archipelago (1918–1956):

“And how we burned in the camps later, thinking: What would things have been like if every Security operative, when he went out at night to make an arrest, had been uncertain whether he would return alive and had to say good-bye to his family? Or if, during periods of mass arrests, as for example in Leningrad, when they arrested a quarter of the entire city, people had not simply sat there in their lairs, paling with terror at every bang of the downstairs door and at every step on the staircase, but had understood they had nothing left to lose and had boldly set up in the downstairs hall an ambush of half a dozen people with axes, hammers, pokers, or whatever else was at hand?… The Organs would very quickly have suffered a shortage of officers and transport and, notwithstanding all of Stalin’s thirst, the cursed machine would have ground to a halt! If…if…We didn’t love freedom enough. And even more – we had no awareness of the real situation…. We purely and simply deserved everything that happened afterward.”

I have been thinking about what will happen when this becomes the situation in Australia and how to prepare for it.

The first thing I have done is move out of the city to a place where it’s possible to actually make friends with my neighbours. Because how can you expect to “set up an ambush of half a dozen people” who live near you, if you have spent the preceding decade before the Goons arrive, not talking to anyone?

This is the real reason to care about your race and your religion. Not some defunct notion of Australia or Anglo Saxons. That ship has sailed. We had our chance and we cared too much about shrimps on the barbie when the immigrants were being brought in, to stand up and oppose it when it began. The reason to care about it now is, in the words of Michael Caine “to die expensive”. Sooner or later they will come for you. Are you going to make them pay a high price when they do? To increase your chances, living amongst neighbours who look like you, attend church with you and who come over to your house every weekend will soon be a matter of life and death. Every aspect of homogeneity matters when lives are on the line. Every genetic, cultural and religious similarity to increase your chances of someone caring enough about you to risk their lives to defend you. From this foundation build your friendships. Find a place where you can develop this. Then make it a mission to make friends of your neighbours and gradually Red Pill those friends. If you have Red Pilled friends who live nearby, but not in the same street, look for opportunities to move so that you do live in the same street. Don’t wait for them, YOU take the initiative!

The second thing I have done is to delete my Facebook account and reduce my Telegram chat groups to just one. I am part of the XYZ chat group and that’s more than enough. Important news gets out to all dissident channels in the end and there is no need for me to be spending hours each day scrolling through a bazillion comments. Social media is a tool of the Cabal and its name is just as Orwellian as “The Ministry of Truth”. There is nothing social about it. We have spent the past decade building superficial relationships with people we lost contact with in the real world eons ago, or chatting to strangers who live on the other side of the Country or the world. They have not added to our friends. They have replaced them. I cannot help any of the other writers for the XYZ, if the Goon squad comes for them. They cannot help me. The friendships are enjoyable but their practicality is severely limited in a crisis. Better for men to be spending time with other men, fishing, tinkering in the shed, working on a car together, playing sport or simply coming over to the house next door for a beer. Yesterday, my wife and I knocked on the doors of the 20 houses in our street.

You don’t need to bring up red pilling subjects as you are trying to build relationships with your neighbours. Talk about family, talk about their work, talk about the people they know. Simply make friends. Be a friend to them. Have their backs and accept offers from them to have your back on the small things in life. The Globalists will do the Red Pilling of your neighbours themselves in due course. By the time you face your own Gulag Archipelago, you should have a dozen neighbours ready to do more than just cower in fear.

Nations are an extended tribe. Tribe is an extended community. Community is an extended neighbourhood. You cannot save what is already destroyed. You must start from the beginning again and build from the ground up. Don’t delay any longer.