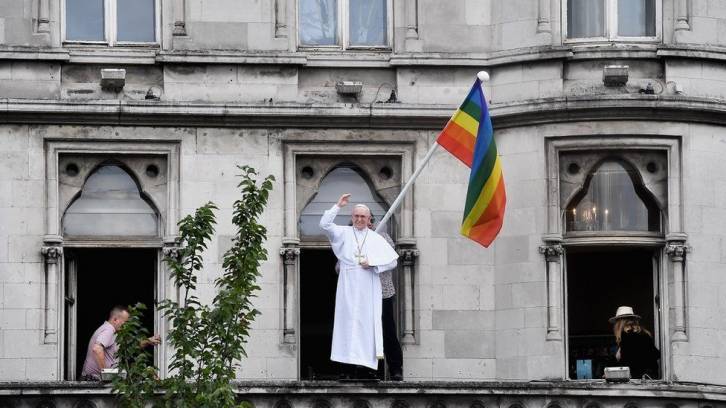 Pope Francis is calling on his Bishops to crush advocates of traditional Catholicism by severely undermining those who choose to practice the pre-Vatican II liturgy.

Francis’ sudden decision, declared in the apostolic letter Traditionis Custodis, is virtually unprecedented. The letter completely reverses Pope Benedict’s 2007 Summorum Pontificum, which allowed practitioners of the old mass to co-exist in the same parishes with the Novus Ordo mass, which was developed by liberal clerics in the 1960s.

Under Traditionis Custodis, Bishops are instructed to prevent Latin Mass from being celebrated inside Catholic Church property, to provide theological tests where traditional Catholics are forced to affirm the basic tenets of Vatican II, and to ban clerics from allowing any new traditionalist Catholic groups from cropping up in their parishes.

Benedict’s decision to tolerate traditional Catholics was seen as an attempt to prevent a schism, but Francis believes that allowing socially conservative Catholics to operate using Church infrastructure has allowed them to grow too strong instead.

One study in 2018 found that despite having little to no official support from the Vatican, Traditional Latin Mass vocations outnumbered new mainstream Vatican II priests by a margin of 7 to 1. The explosive growth is a reaction to political and cultural degeneration in the United States and Europe that the mainstream Vatican often rides the coattails of. Various gay activists and cultural leftists inside the Church have for years warned Francis — who has in the past condemned traditional Catholic youth for being too “rigid” — that drastic action must be taken to prevent traditional Catholics from ascending.

In recent times, Francis has encountered enormous resistance whenever he puts out feelers suggesting reforming doctrine to accommodate homosexual practices, various boutique liberal fads or broader submission to Jewish interests. Conservative Catholics were even able to pressure US Bishops to recommend banning US President Joe Biden from receiving communion over his position on abortion, which caused the Vatican great embarrassment.

A source familiar with discussions among Church hierarchs in the United States told National Justice that liberal Catholic authorities have been complaining to Francis about traditionalists outmaneuvering them and undermining their authority.

In recent years, a wave of young men have joined various parishes, and older authorities have been horrified at their “anti-Semitism,” “homophobia,” and other illiberal beliefs. While Vatican-endorsed liberalism dominates Catholic media in the US, Latin Mass has served as a banner for believers to rally to in order to reject the status quo and network for both religious and secular political agendas.

A Catholic intellectual who insisted on not being named told National Justice that works by E. Michael Jones and Father Denis Fahey are influential among young traditional Catholics, something that has even caused them to clash behind the scenes with neo-conservative “old guard” in the Latin Mass movement. This has started to attract heat from Jewish organizations. Occasionally, the backroom fights become public, such as the incident last year where Bishop Kevin C. Rhoades in South Bend, Indiana launched a nasty public attack against E. Michael Jones for his “anti-Semitism.”

As the Church struggles to attract new members and hold on to old ones, it prefers to try and destroy its only growing branch over defy Washington and Brussels. Many Catholics National Justice has spoken to believe that Francis’ latest move is only the beginning of a wider purge to consolidate his papacy’s power. 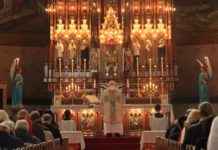 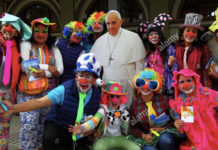 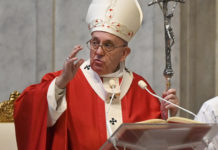 It is time to cast down Vatican II