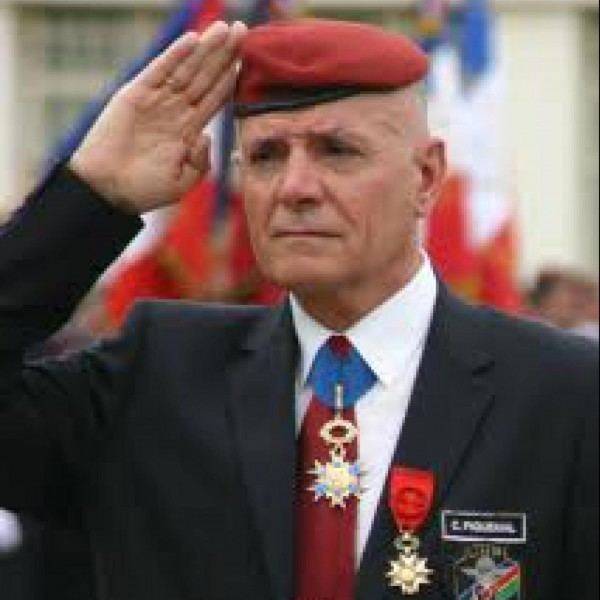 20 high ranking French military officials have released an explosive protest letter against the government demanding action against the rising crime of immigrant gangs, terrorism, American-style anti-white political activism, and no-go zones. They contrasted the state’s total lack of interest in facing these challenges with the Macron regime’s brutal repression of the white populist Yellow Vest movement.

The letter was published on April 21st and signed by former chief of the elite French Foreign Legion, general Christian Piquemal, along with 19 others of similar rank. General Piquemal is known for his patriotic and anti-immigrant activism over the years.

While the letter affirms that individuals of all skin colors and faiths have served the French flag, it attacks anti-racist ideology as anti-white, saying that its advocates “despise our country, its traditions, its culture, and want to see it dissolve by taking away its past and its history. Thus they attack us, through statues, ancient military and civilian glories by analyzing words that are centuries old.” By allowing these forces to advance, the letter promises that the end result will be a racial civil war.

Historically, the French military has been more independent and willing to engage in activism to fight government corruption compared to Anglo-Saxon liberal states, where  judges are empowered as guardians of virtue instead.

Many native Frenchmen have expressed dismay over how the government handled George Floyd inspired riots in their country last year. While Yellow Vests were brutalized by the police, “Black Lives Matter” inspired rioters and looters were given carte blanche to commit crimes with virtual impunity. This is bound to become an important issue next year when Marine Le Pen is expected to run against Macron.

General Piquemal and others conclude their complaint by vowing that if the government remains negligent, the French military is ready to intervene if necessary on behalf of France’s civilizational values and the well-being of its citizens. This promise is open to interpretation, as it seems intended to be.

That so many top army figures are willing to put their names to a statement like this spells trouble for French plutocracy. Macron and the French ruling class were barely able to hold off protests by rural Frenchmen in Paris, they will not be happy to learn that a military insurrection in the European Union’s leading state is on the table.