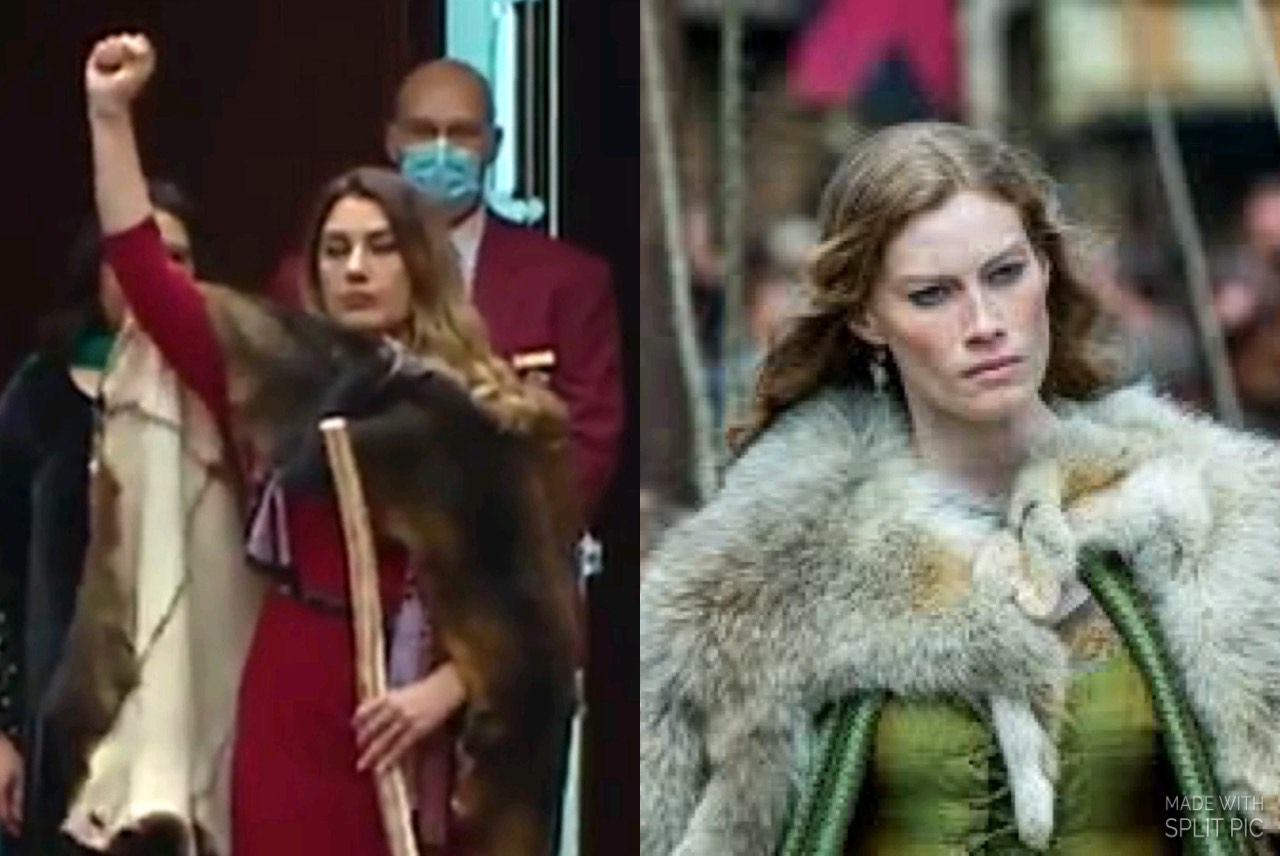 Lidia Thorpe dresses like she has been watching too much Vikings and now thinks she can clobber a room full of men with a stick.

Lidia Thorpe has been sworn-in as the first Indigenous senator for Victoria. She walked into the Senate after giving the Black Power salute, and carried a stick notched with 441 marks for each First Nations death in custody since 1991. pic.twitter.com/xtQDpWTfPB

Note the smirk on her face as she swears allegiance to Our Queen. If you want us to respect the culture you have appropriated, you should at least be reciprocal about it: 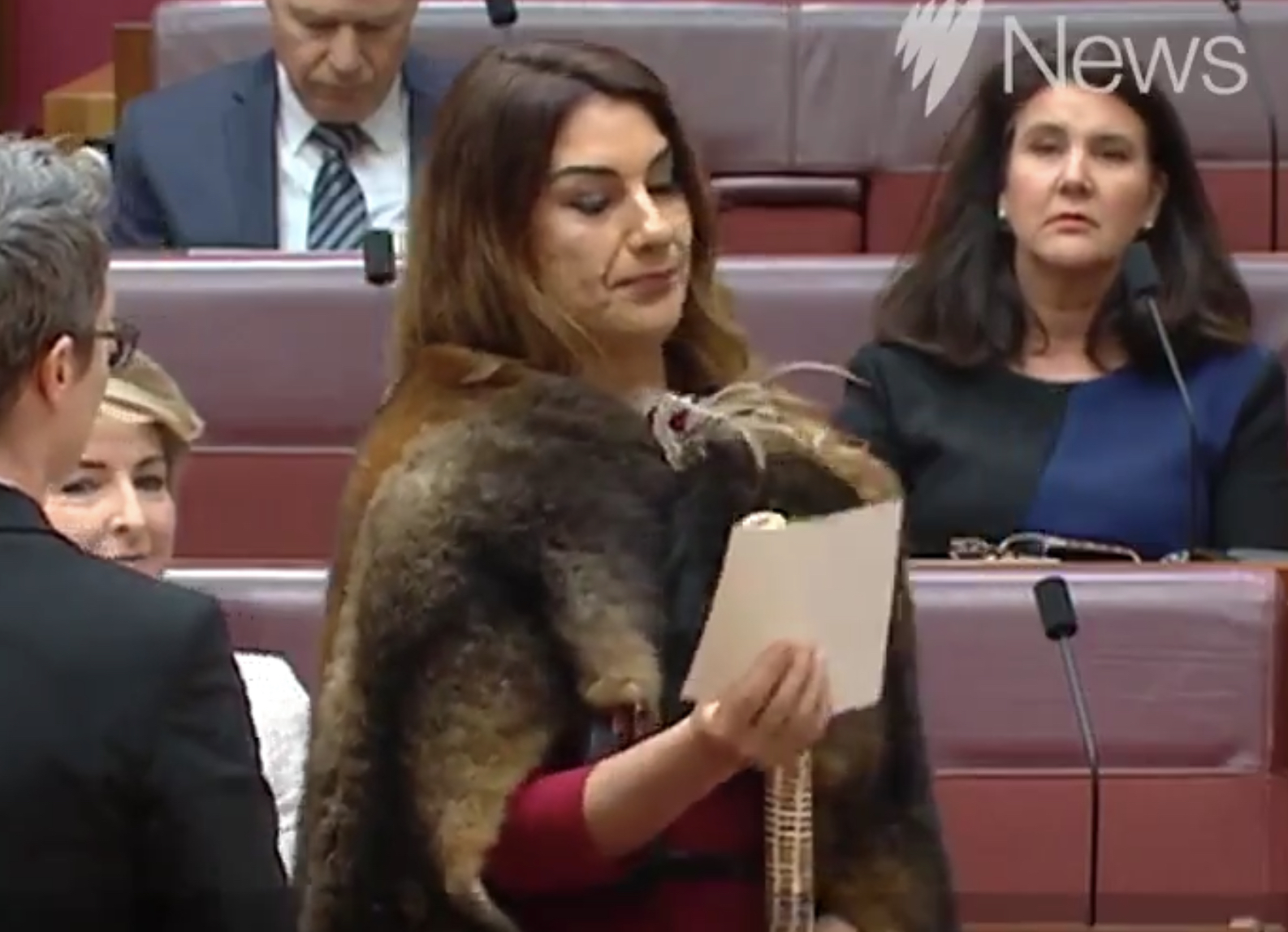 She could also not support a Marxist terrorist Organisation: 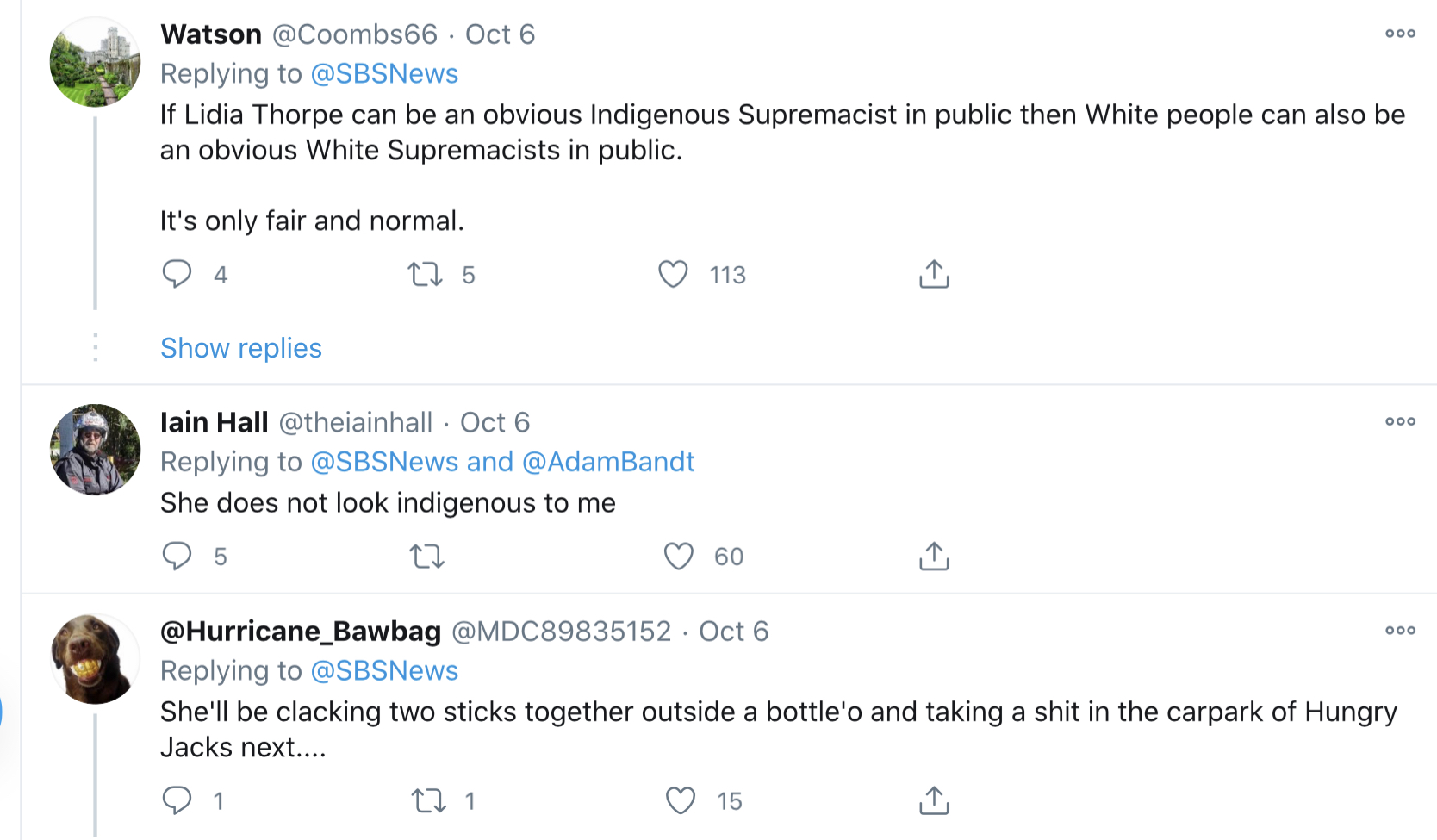 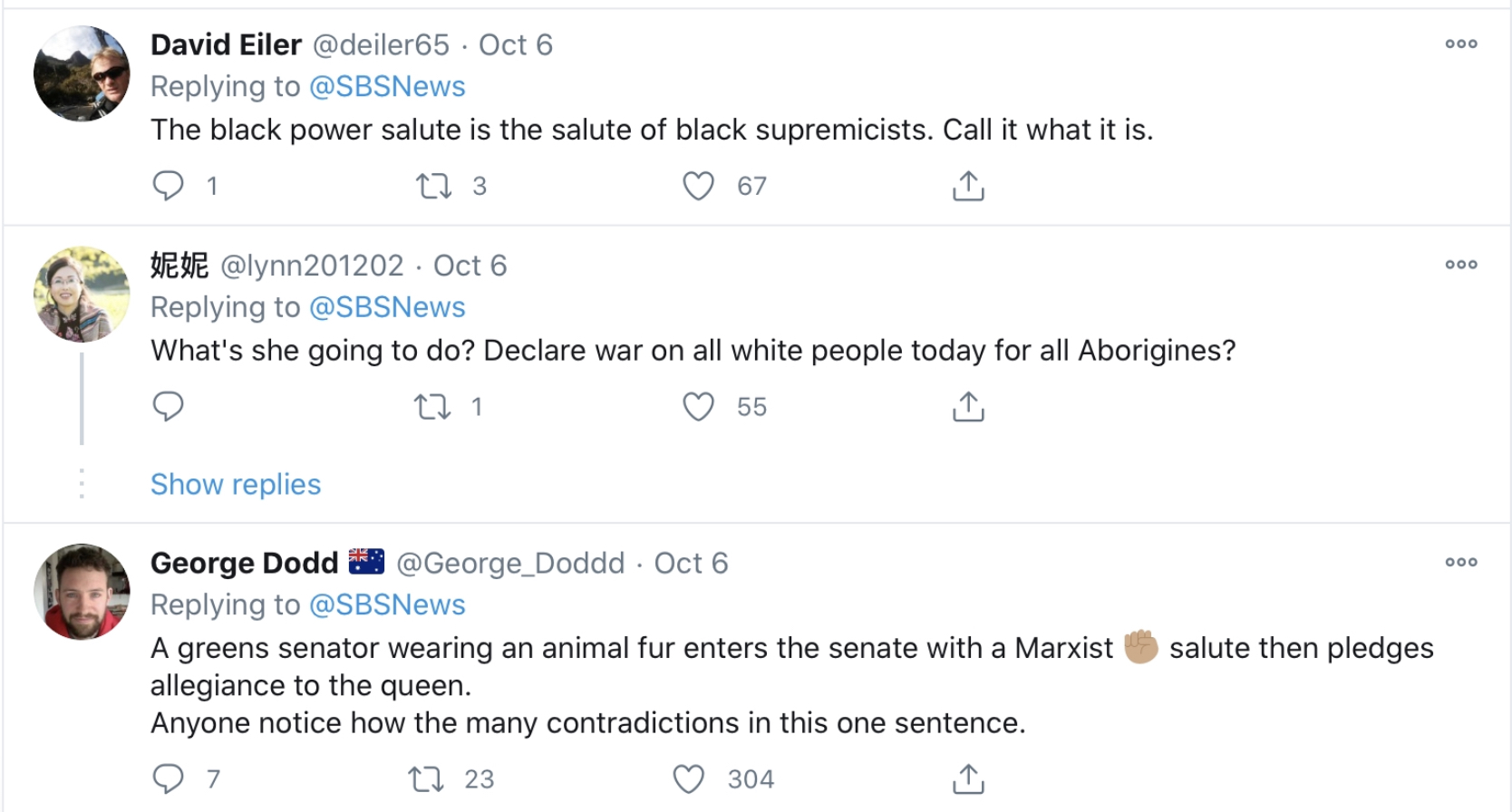 What are we supposed to call aboriginal people these days? Is it “aboriginal”, “indigenous” or “first nations”? This SBS Tweet and video uses all three terms at various stages. It makes it terribly difficult for them to insist that us native Anglo Aussies use just one of the terms in particular.

The comments just go on like this. It’s beautiful.

If the oligarchy are going to keep trying to gaslight us, they will have to do a better job than her. Nobody takes this clown seriously. 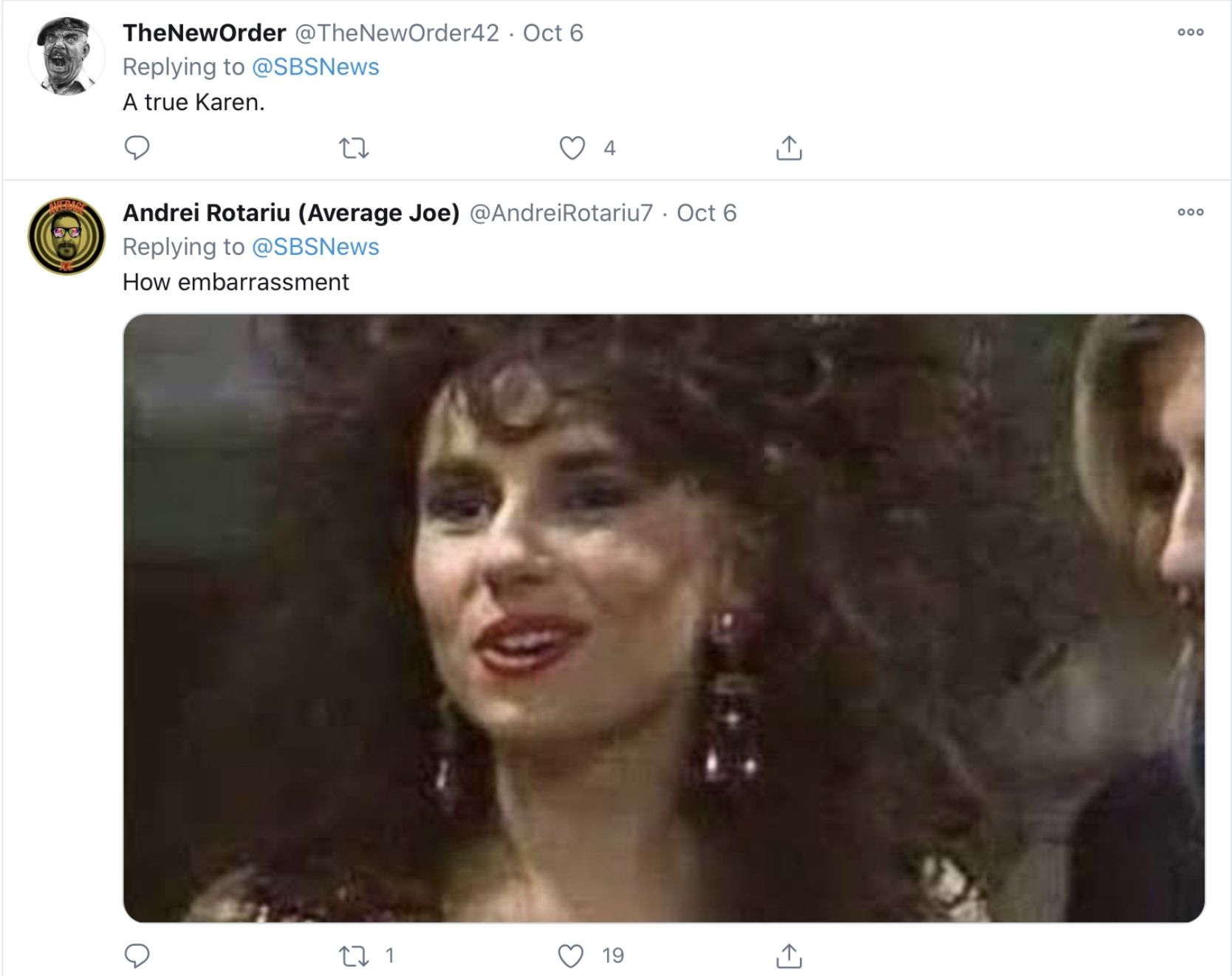