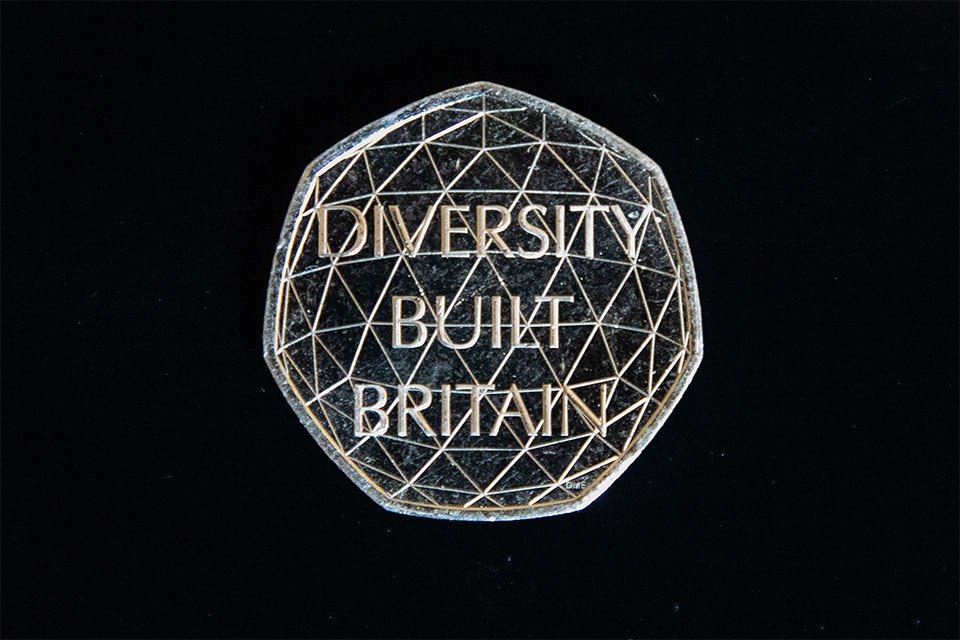 The UK government is releasing a new coin this week which boldly declares that diversity built Britain:

Sunak, speaking about the coin, said:

I have seen first-hand the contribution made by ethnic minority communities to Britain’s history. That is why I backed the “We Too Built Britain” campaign and requested that the Royal Mint introduced this coin to celebrate it.

This coin, and the rest of the series, will act as a fitting tribute to the very profound impact ethnic minority communities have made on Britain, and I am grateful to the Royal Mint for turning this around at record speed.

Her design is the first in a series of coins The Mint will be producing, celebrating those who have helped shape our national history and culture.

I applaud the release of this coin. It is entirely accurate. Diversity has indeed built modern Britain.

Since diversity was introduced to Britain in the 1950s Britain has gone from the preeminent world power to a backwater has-been that can’t even keep a fishing fleet up and running, let alone a modern navy. Under diversity Britain has lost all of its overseas colonies, while its standard of living has gone through the floor as the many and varying diversities have packed its borders, leaving the country bursting at the seams and turning its major cities into gang infested war zones.

Great Britain is likely heading towards a path of attempting to finally get communism right. The tragic thing about that is that I predict that this will have a far worse effect on the nation than it did on the Slavic states such as Russia and the Ukraine. The Slavs are traditionally non-conformist which allowed them to retain both their dignity and ethnic culture through seven decades of Marxist inspired disaster.

The British on the other hand are the most conformist people on the planet; obsessed with not giving the slightest offense. A customer at an ATM in Britain that is taking its time to spit out the requested notes will typically turn around and meekly apologise to those waiting for their turn. These people are going to be screwed beyond belief when the Marxists take control.

Finally, diversity has had a front row seat to the long reign of the most disastrous monarch the British people have ever had the misfortune to not rule over them. Queen Elizabeth II has not raised a peep over the determined and obvious replacement of the very people that she was supposedly born to represent. As Great Britain goes down the plug hole may everyone hold onto this coin as a symbol of what has befallen that once great empire. True, it will be a small comfort, but it may strike a fire or two when you’re out grubbing in the dirt for some lovely muck for elevenses.