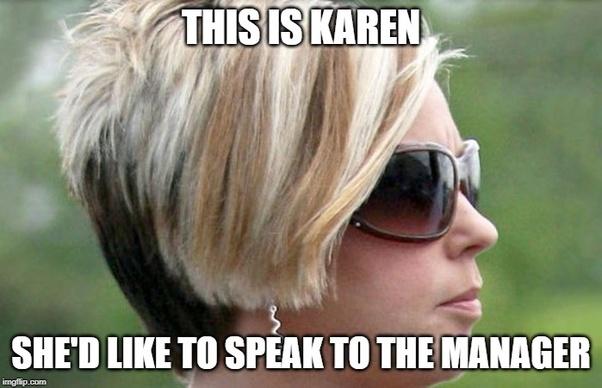 The Karen meme has jumped from our disturbed corner of the internet to the mainstream media and into general awareness. That it has done so in such a successful manner is due to a few factors.

The predictable Karen reaction has also taken place which is to declare with full confidence and a lack of any authority that the meme is sexist and horrible and that anyone propagating it is a horrible horrible person that the authorities should investigate immediately. Thus, for those who live in a formerly traditional Anglo-Saxon nation, the chances of the police turning up at your door for suspected Karen-crime are unfortunately rather good. 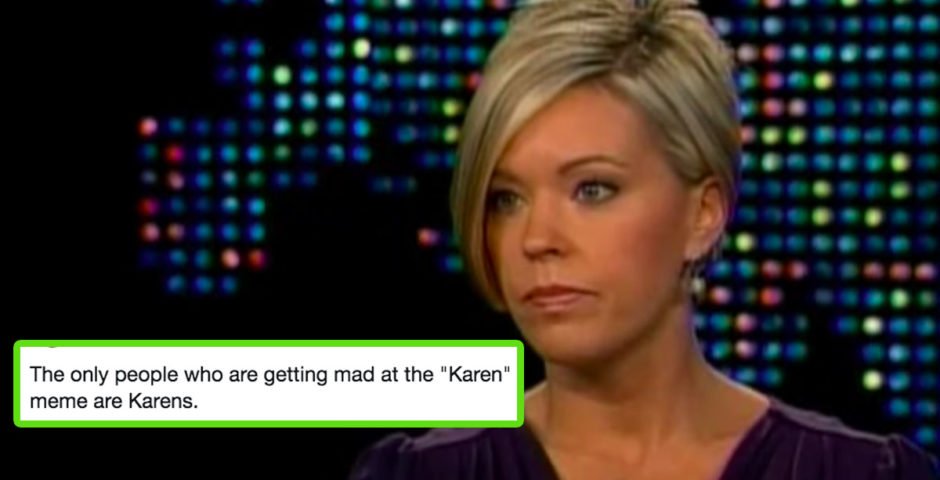 The Karen is an Anglo-Saxon creature. It does not exist in other cultures. I never met a single native Karen in the decade that I lived in Italy. Nor in the three years that I have resided in the Netherlands. These countries certainly boast women that sport short and unattractive haircuts. But the corresponding attitude, the unquenched thirst to speak to the manager, is entirely absent.

The ubiquity of the Karen in countries like Australia is prime evidence of why women need to be disenfranchised. Anglo-Saxon women are not able to handle any sort of power for the simple reason that Anglo-Saxon men do not have the skills to keep their women in check. It is not in their nature. Their cultural upbringing does not allow it in a manner that is acceptable in any social milieu.

There is also a lack of balance between the sexes in regards to what constitutes traditional roles. For example, the larger Italian family unit is still very much intact, which was a critical reason behind why the Chinese pox hit that nation so hard. In Italy to all appearances the men rule the roost. The reality is that the women rule the roost but it is behind the scenes. Thus the men enjoy the social allusion that they rule the roost.

This creates balance and a certain degree of harmony. The two sexes are able to get along with each other because the social rules are clearly defined for them from birth. The Karen is a creature that exists outside of any behavioral rules. That their behavior is not only entirely unmoderated but that they are rewarded for their anti-social practices is why Karens are so destructive. Left unchecked they will destroy everything around them as they desperately search for any type of boundary.

We need to bring back boundaries for women, and by we I mean men. A curtailing of their supposed rights in favor of their very real responsibilities is what is needed. Those that are still not able to function in a reasonable manner should be sent to convents or camps where they cannot do any more damage. The ludicrous notion that women should have the right to vote, let alone lead, must be abolished. Only thus may your precious democracy be saved.

This may seem harsh but the rise of the Karen Frankenstein has left us with no other option. The monster is only going to get worse and more numerous. The lockdown efforts have been nationwide examples of a Karen mentality in action. As are the rush of people to report on their neighbors for ‘breaking the rules’. This goes hand in hand with the feminisation of our institutions. The police are a feminised institution as their behavior during this time demonstrates.

That feminists were against the patriarchy from the beginning is all the evidence that we need to know what the correct alternative is. The patriarchy is where it’s at. Or in other words, get your wymens under controls.