There is a very simply formula to determine how the media are going to respond to a story that involves murder. If the victim is white and the perpetrator is not, if they mention the story at all, commentators will mostly ignore it.

If the victim is not white and perpetrator is white then you can bet your home it is a “racially motivated attack” and “white supremacy is on the rise” or whatever.

Take for instance the recent story in America of a former police officer shooting a serial criminal dead after said criminal approached him and his son and allegedly attempted to take their firearm. The response from the anti-white oligarchy and their collection of useful idiots and media propaganda centres has been exactly as expected.

The Guardian told us all how angry people were getting: 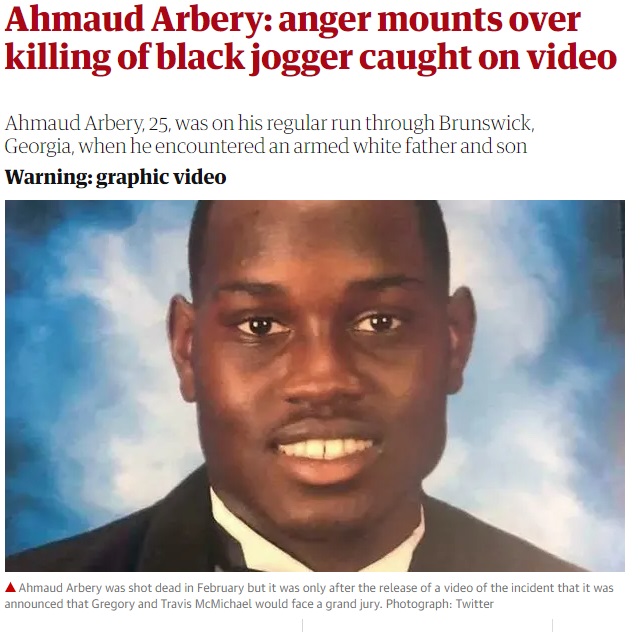 Time magazine could not wait to crow about potential “hate crime” charges:

Graphic video footage showing the death of Ahmaud Arbery, a 25-year-old black man who was shot and killed while running in a residential area on Feb. 23, has prompted national outrage and put mounting pressure on law enforcement to take action. On Monday, the U.S. Justice Department said federal prosecutors are weighing pursuing hate crime charges in Arbery’s killing. 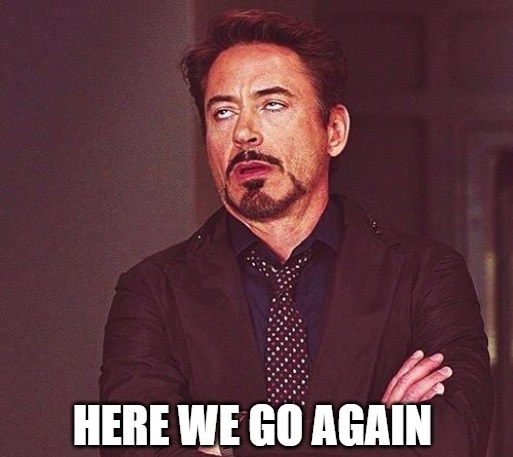 The Washington Post even found a way to bring the “far-right” into it all, because why not?

Far-right and neo-Nazi groups are spreading racist and false information about a black jogger who was fatally shot in Georgia to promote their agendas on social media platforms, according to organizations that monitor online extremist activity.

Some of the online posts, which include racist language, memes and graphics, claim that Arbery was carrying a hammer and wearing boots when he was killed, as the groups try to create false narratives about his death, analysts said. 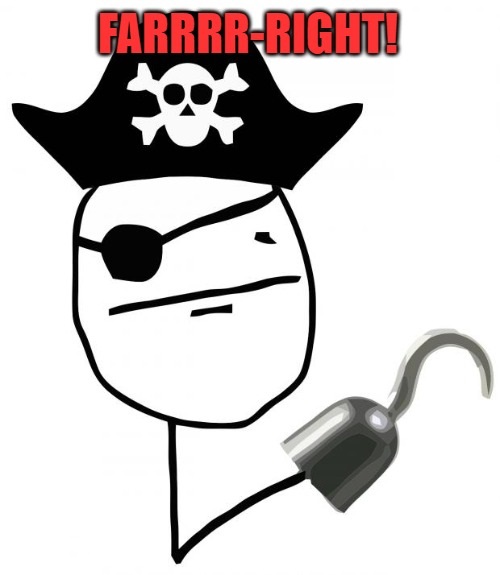 You get the picture, the outrage bait is all over the place, just search for “Ahmaud, Arbery, Anger” and you will get more than enough mainstream media results to ignore.

Stefan Molyneux does a decent job of going over the facts and putting this all into perspective, it is worth watching if you have the time (after you finish reading here, of course).

Contrast this to the brutal murder of a 17-year-old Swedish girl at the hands of her Iraqi (read: invader) boyfriend:

A 17-year-old girl was beheaded by her ex-boyfriend after breaking up with him in Sweden, it is alleged.

Wilma Andersson vanished on November 14 last year and police found a ‘body part’ two weeks later – which was later revealed to be her head.

Her ex-boyfriend Tishko Ahmed Shabaz was arrested at the time and has now been charged with her murder, which he denies.

Shabaz is accused of decapitating Wilma when she went to collect her belongings before wrapping her head in foil and hiding it at his home. 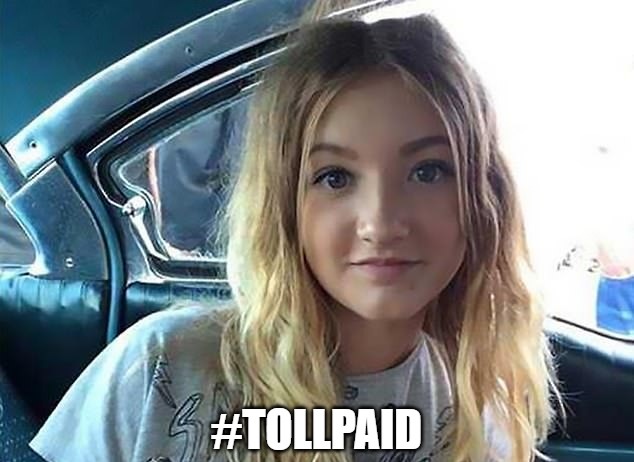 Where is the outrage? Where are the calls for hate crime charges? Where are the articles about how Muslim men see white women as nothing more than pieces of meat?

They are nowhere and that is because the establishment are anti-white and, while they will pay lip service and report these murders, deep down they actually do not care.

The same thing happened two months ago in the UK:

A seven-year-old White girl was stabbed to death by a Somali woman in front of her father as she rode her scooter past a park bench on Mother’s Day, an inquest heard earlier this week.

Emily Jones was out ‘enjoying the spring sun’ with her family at Queen’s Park in Heaton, Bolton on March 22 when the 30-year-old Somali woman (authorities, for some reason, have refused to identify her), who was sitting on a wooden bench, stabbed the girl in the neck. Emergency services were called to the park at around 2.30 pm – with the child rushed to nearby Salford Royal Hospital, only for Emily to tragically die a short time later despite ‘best efforts’ of doctors, the UK’s Bolton News reported.

Acting Senior Coroner Alan Walsh described Emily’s death as ‘one of the most tragic’ instances he’d presided over at the start of the inquest into the child’s death at Bolton Coroner’s Court. 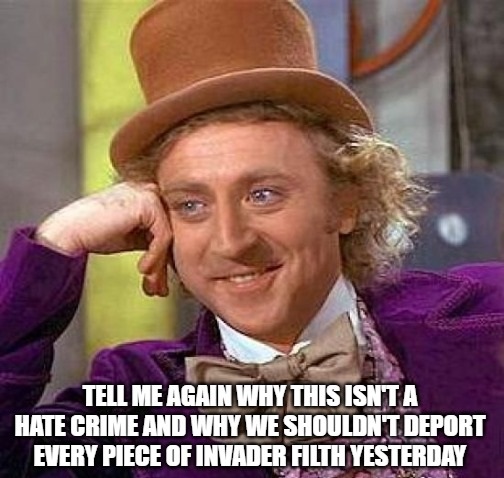 There were no protests for Emily Jones, an innocent girl killed in front of her mother by a Somali invader; nor Wilma Andersson whose parents should have warned her about Muslim men, but probably wanted to avoid being called “ray ray.”

Both of these murders are a direct result of treasonous politicians opening the borders of the West against the will of Western people. As the LORD says, an eye for an eye and a tooth for a tooth, life for life, and every traitor politician and fake news journalist has blood on their hands. 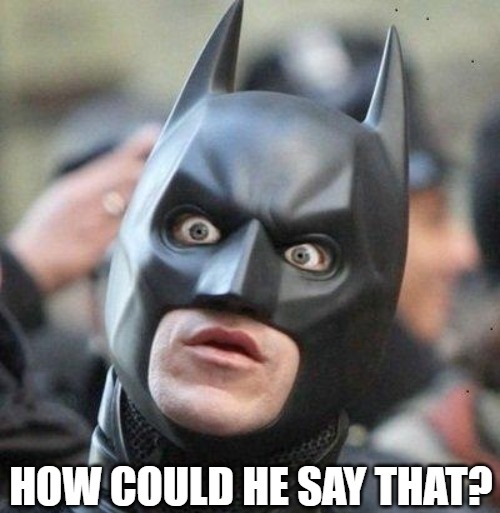 Anyway, did you know science tells us that in-group preference is innate and the media frames this as babies being racist?

“In the second study, infants between 6 and 8 months watched videos of a woman looking at a corner of the TV screen. In some videos, the woman is gazing at an animal; in others, the animal appears in a different corner of the screen. The infants were more likely to follow the adult’s line of sight if she was of their own race, indicating that infants are more likely to learn from adults of their own race than adults of other races.” 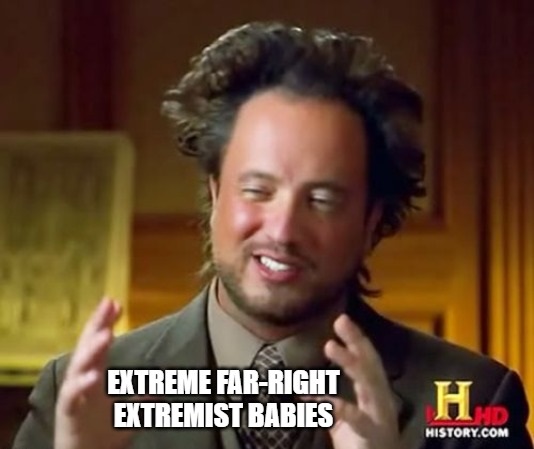 No wonder the Left loves abortion.