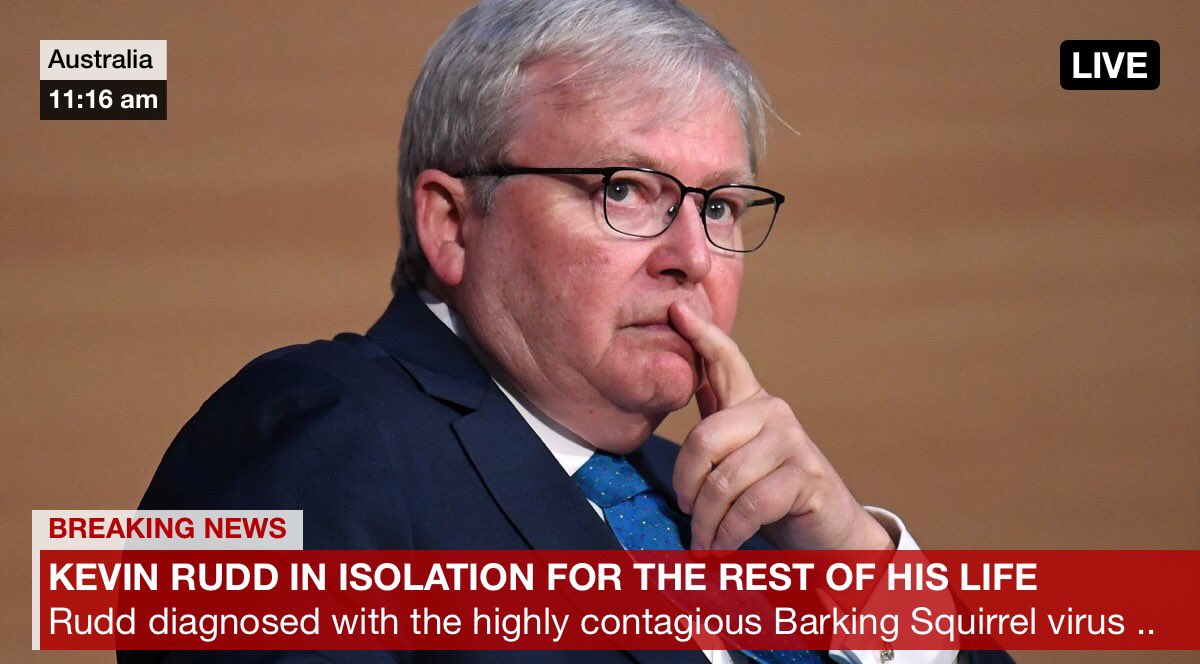 Former Australian Prime Minister Kevin Rudd has let fly on social media after an apparent epiphany that the Australian public don’t care about his opinions on anything.

A series of recent tweets and media appearances has seen the former PM despondent about his status among the Australian public and that people are increasingly cynical about his one claim to fame.

“Look, I may have opened the immigration floodgates, printed money out of thin air and set-up the Financial Investment Review Board to allow the pilfering of Australian assets by China but I did save Australia from the GFC.”

“I deserve enduring praise for that but now even the most sycophantic Labor voters on Twitter are even telling me to piss off. This really is a new low.”

“All this Coronavirus stuff has thrown people like me to the back of the queue.”

It seems even appealing to the younger generation hasn’t worked for Rudd.

“I even went on Friendlyjordies to show that I too can try to be edgy, but most people seem to have written it off as an incredibly cringey Labor circle jerk and cry for help. It’s devastating.”

“People need to realise that the deprivation of constant validation from strangers is fatal to those like myself suffering Relevance Deprivation Syndrome.”

“Politicians are most at risk from it. John Howard and I have regular conversations about it and we’ve formed a survivor’s group.”

Rudd signalled he will write a book about his current experiences.

“I understand people are doing it tough economically, that’s why I’ll be giving it away for free just like my last book.”