In your life, you’ve probably met a handful of people you could say were very, very smart. Maybe they didn’t make a big deal out of it, but there was always a quickness about them, or they always seemed to have a good answer for things and rarely went wrong, and deep down you could just tell that they were quite a bit brighter than other people. Maybe they didn’t necessarily work a typical “smart” job, or they didn’t go to university – intelligence isn’t always told by the sort of work someone does. But, chances are, you probably know someone who fits the bill, and you’re probably thinking of that person as you read this.

But again, chances are, you also know someone who is in a very senior management position or very well educated – maybe even with Honours or PhD’s from top universities – who you might say has more status than sense. They can talk down their nose at you for hours, but they can’t see the forest for the trees, and when you point out something simple that is obviously true, they’ll get very defensive and start diving into all sorts of nonsense details to somehow prove you wrong and get you offtopic. These people are called midwits, and lately their existence has come into much clearer focus and caused a lot of frustration for us normal, right-seeing people. They’re the overbearing manager or foreman who always acts like he knows best and yet always gets it totally wrong, they’re the greenie on facebook lecturing you about how Australia’s tiny carbon emissions are literally worse than the Shanghai smog, they’re the ones that infest websites like Reddit and Quora prefacing their posts with “As a scientist…” or “Former conservative here…” and they’re the ones that make endless YouTube videos that allow them to tout all their amazing knowledge about very irrelevant things. Once you understand more about them, it’ll become a lot easier to spot them in the future and know the tricks they’re trying to pull.

The main reason they are like this is that their brains are like Goldilocks’ porridge; there’s not too much, and not too little, only just enough to reach out and understand a little more about the world, but not enough to properly tackle the ideas they’re being given. Take for example the following statistic: More university educated people have lefty political opinions, and they love flaunting this one because it makes their opponents (us) seem like uneducated buffoons. In one breath they claim IQ is just a made up number, and then actually use their own intelligence as a way of proving they’re better than their opponents – they just use “education” as a proxy for that, because unlike IQ it’s a characteristic they have control over, and they can sleep well at night because they work hard to make sure more education is available to everyone. However, if you accept that intelligence is something that just “is” then you know that it doesn’t distribute evenly amongst everyone. There are more average people than there are midwits, and there are more midwits than there are very intelligent people.

But a funny thing happens as you look at people very much higher up the IQ scale – their beliefs start to mirror those of normal people, and there’s a good reason for that. Ironically, it’s because intelligence isn’t everything. Intelligence is basically just how quickly your brain solves problems, and how complicated those problems can be before it reaches its limits. Ambition and wisdom also count for a lot, and the acquired wisdom of many generations forms what we call social norms. Artificial intelligence works in a very similar way – it’s modelled after the human brain, and it spends a long time looking at problems, trying out different solutions, and adapting to the ones that do and don’t work. You may have heard recently that AI is racist, and it should now come as no surprise to you! AI has simply learned the same things that humans have over generations, but AI can learn it a lot quicker because the problem it’s told to look at is very specific.

Very intelligent people such as Edward Dutton have done research that backs up what both ordinary people and AI once knew, but have been told not to believe – simple things like ‘don’t go into certain neighbourhoods at night’. Christopher Langan, the man with the highest IQ in the world, has recognised that being anti-racist has actually been a very bad thing for white people. 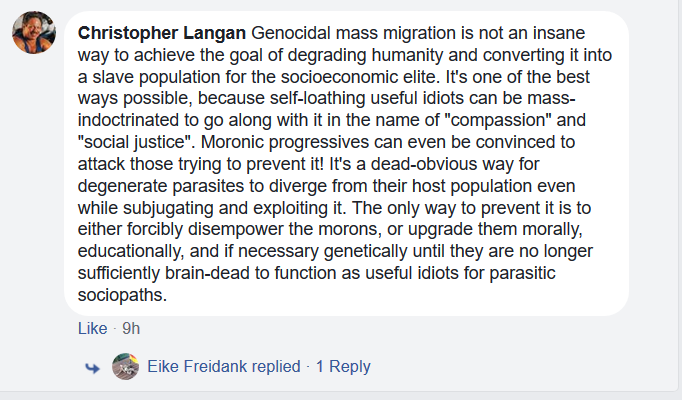 He has also spent a lot of time developing an advanced theory of the universe that pretty much proves that God exists – a position that is surprisingly common among highly intelligent people, despite what you may have been told. 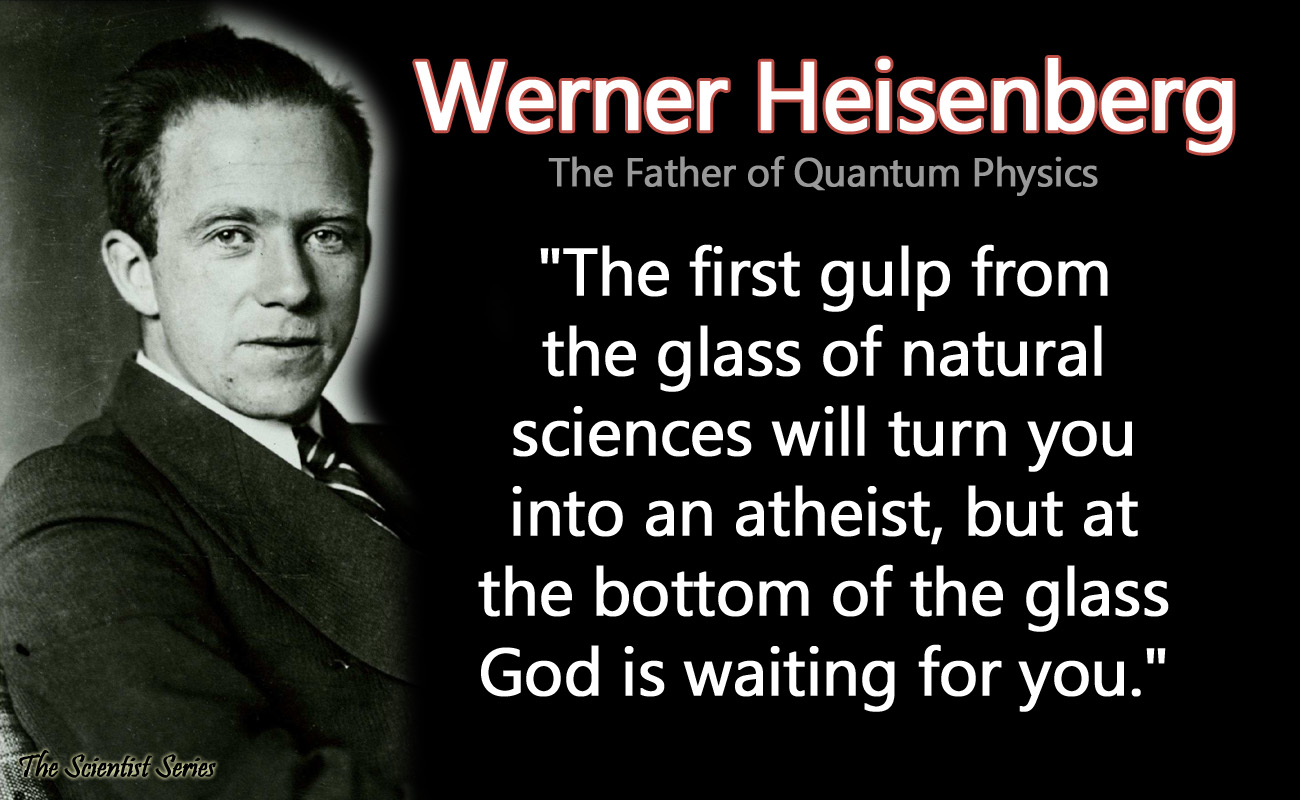 So what happens as you encounter more intelligent people is that you’ll notice they seem to have much more normal beliefs, and much deeper reasons for believing them. The problem is that the midwits push these people out of positions of power by sheer weight of numbers. In the past, the proper hierarchy of society used to pull midwits into line, which is why we could get excellent political leaders from all sides of society, like Billy Hughes or Henry Parkes.

Something else you’ll have noticed is that leftists aren’t funny – “the left can’t meme”. Leftist comedians can’t seem to push the boundaries or even come up with anything particularly original and witty. This isn’t so much based on intelligence, but, rather counterintuitively, on threat perception – recent studies have shown that the size of someone’s amygdala (the part of the brain that processes instinctive responses) has an effect on their political beliefs, and that liberals’ are smaller and less developed. This might not make sense if you think of leftists’ seeing racism everywhere as threat detection gone wild, but because it’s so obviously haywire and malfunctioning we can rule out that it’s their brain instinctively processing threats, and instead it’s actually their lefty beliefs (a replacement for religion) that’s making them see racism (a replacement for sin) everywhere. This explains why leftists think it’s okay to go cycling or hitchhiking into Turkey, or off the beaten path in Morocco, or to dole out aid in Haiti, or to volunteer in helping out criminal minorities, and then inevitably end up getting killed. They quite literally cannot see the threats posed to them, because their brains can’t process it correctly.

How does that relate to humour? Consider the word ‘wit’ – it’s a very, very old word, and we use it in two seemingly different ways. To “keep your wits about you” is to be careful. To be “witty” is to be funny. The original meaning of the word relates to your senses, specifically on your head, like sight and hearing. Taken literally we might say it’s observation, or pattern recognition. Sounding familiar? Once again, somehow, our ancestors had it all worked out, and knew that humour and threat detection were connected. Humour relies on you seeing patterns and inconsistencies in them – so does threat detection, which is why some dark alleyways seem more dangerous than others, but you can never really explain why. Modern science has backed that up, because if your brain can’t detect threats, then it can’t quite work out patterns properly, which would affect your ability to be funny.

The title of this article isn’t just clickbait, there are some hot takes to be had:

– The one weird trick is to trust your instincts! If someone discourages this, what they’re doing is casting a spell on you – that’s where the origin of the word “spell” comes from, to play with words and meanings. The deeper reason behind that is that those instincts you have are actually wisdom that has been refined over thousands of years. Why trust a few decades of human research when you can trust thousands of years of deep pattern recognition?

– The scale of intelligence basically pingpongs between retards and normal people. Below an IQ of 90 is mentally challenged, between 90 and 110 is normal, between 110 and 130 is once again mentally challenged, and above 130 is back to being pretty normal. As with all rules, there are exceptions, and this is a big generalisation. But we could compare this trend to the “uncanny valley” problem of computer graphics and see that it’s not a unique pattern.

– The people who currently hold the whip hand over us aren’t smart, they aren’t funny, they aren’t reproducing at a replacement rate, and when you consider that political beliefs are highly heritable, it’s really good news for the rest of us. Given our rapidly diversifying society, we know that the hard times are right around the corner. It’s likely that traitorous white leftists won’t be around to trouble us very much longer.