Originally published May 27, 2017. Merry Christmas everybody.

I wrote at Christmas time of Germany’ rich cultural tradition, with regard to Felix Mendelssohn’s composition of Hark the Herald Angel’s Sing. Another work of one of Europa’s greatest composers lives on today as the German national anthem, Deutschland Über Ales.

The original arrangement was composed by Joseph Haydn, 1732-1809. His long and fruitful life contrasts to that of his two famous contemporaries, the supernova-like Wolfgang Amadeus Mozart, and the almost superhuman struggle that was the life of Ludwig van Beethoven.

What I admire most about Haydn’s journey was that he spent his 20’s with his head down and his bum up; he would compose and teach during the day, and perform in the evening. He kept up this routine, with increasing success, until at age 29 he entered the employment of the wealthy Esterházy family, for whom he composed and ran concerts for most of his life thereafter.

As an aside, I have always chortled at the way Haydn would refer to his rather unhappy marriage. The following quote is one of many:

“My wife is still sick most of the time, and is always in a foul humor, but I don’t really care any more, after all, this woe will pass away one day.”

Joseph Haydn became known as “the father of the string quartet” with good reason. He pushed the musical forms of the classical era as far as his imagination would take him, and his arrangement of the 2nd movement of his “Emperor” String Quartet in C major, Op. 76 No. 3, on which the German national anthem is based, is a fine example of a theme and variations which weaves together a number of threads, and saves the best for the finale. 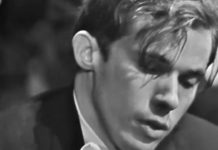