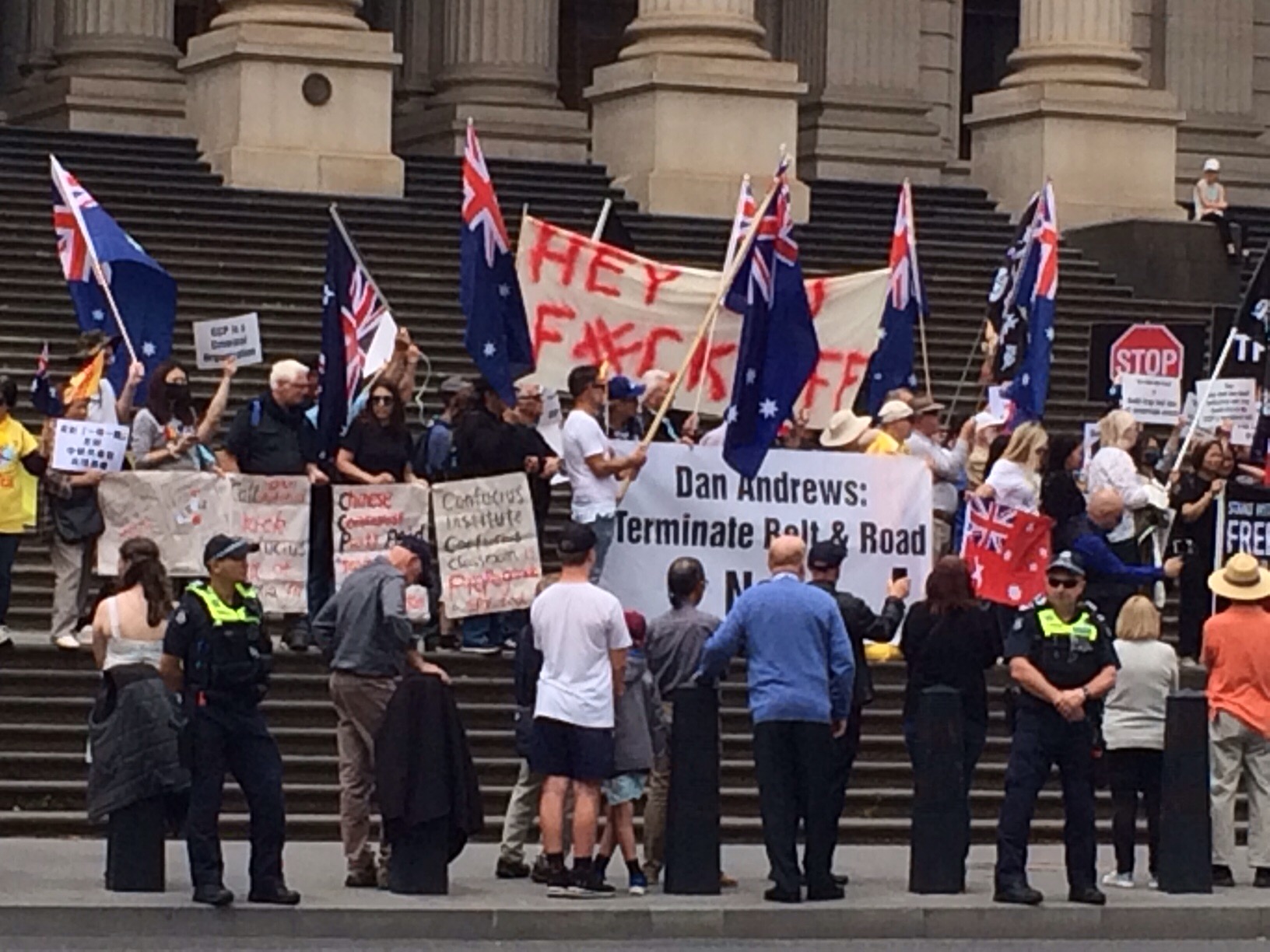 It was held on the steps of Victoria’s Parliament House and was entire peaceful. Antifa were nowhere in sight, thus the police were left with nothing to do but signal their implicit whiteness to each other.

Things were so orderly, trams were allowed to pass at will.

And a tour bus. 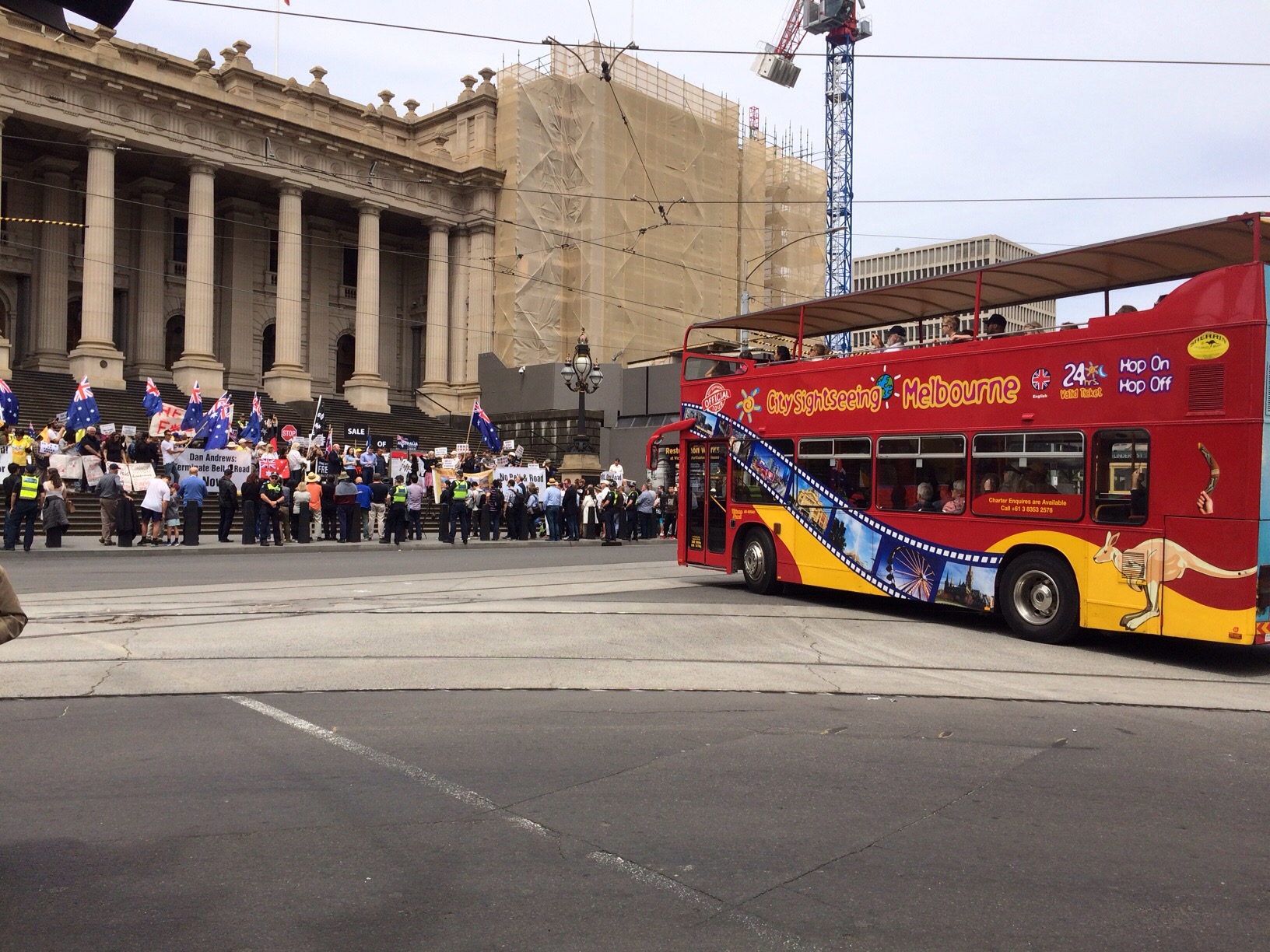 Compare this to your average leftist protest.

This is important, because when you compare the behaviour of the people attending Sunday’s protest to that of your average communist protestor, it is clear that the quiet Austalians are the more reasonable. Yet whenever nationalist, traditional or Christian views are mentioned in most mainstream media, they are usually accompanied by the disclaimer of “conspiracy theory”.

Let that sink in. Here is the MSM’s version of a concerned citizen. 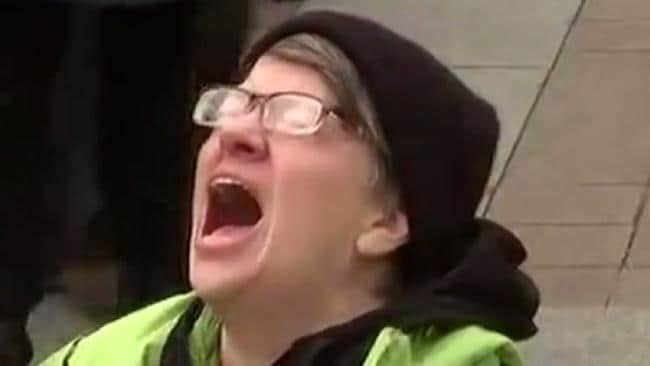 But these ordinary people are conspiracy theorists. Apparently. 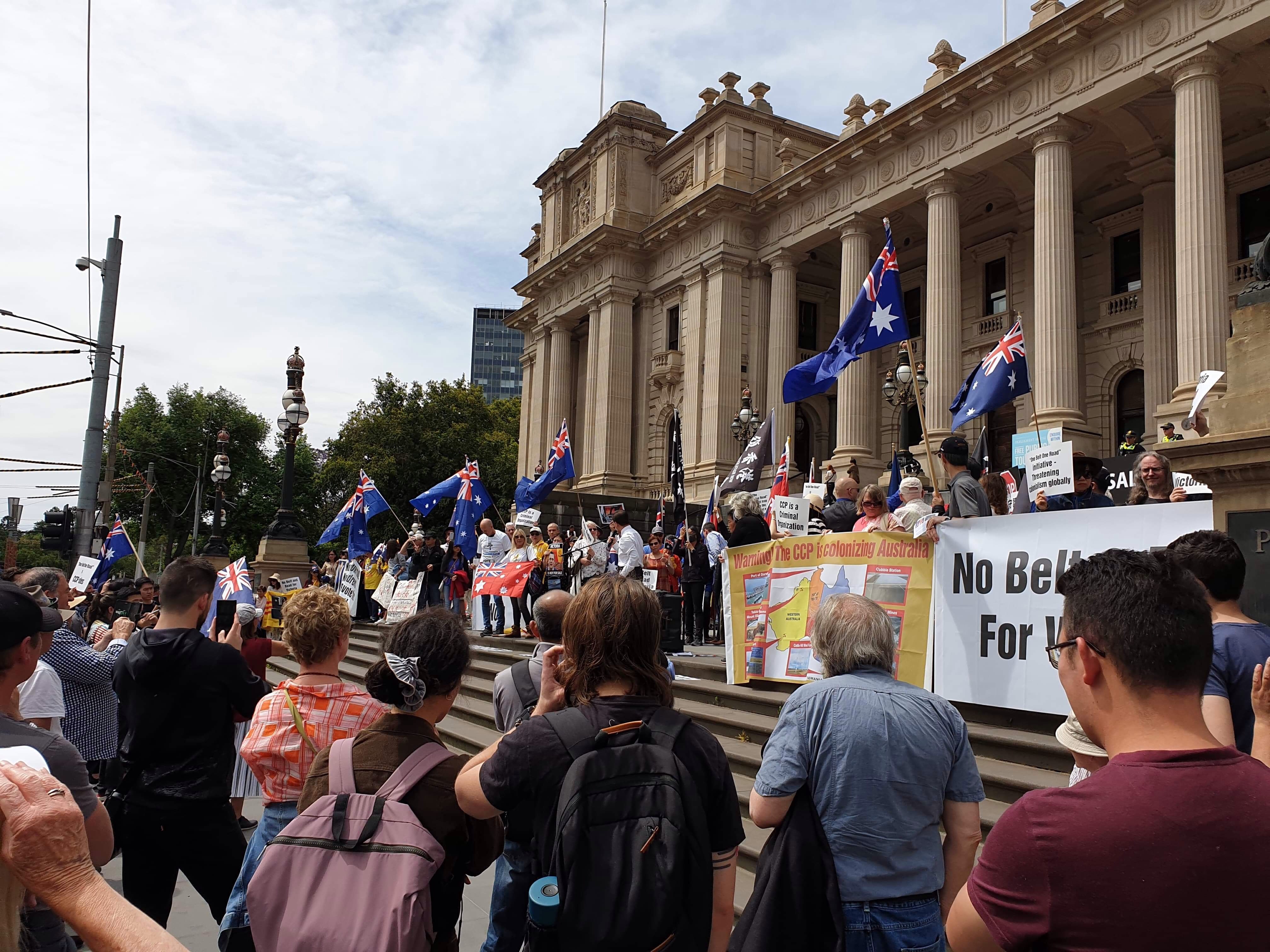 The protest was civnat af. The most memorable moment was hearing a Chinese lady with a thick Chinese accent state that the Chinese Communist Party does not share Australian values. They even had flyers to remind us of this. 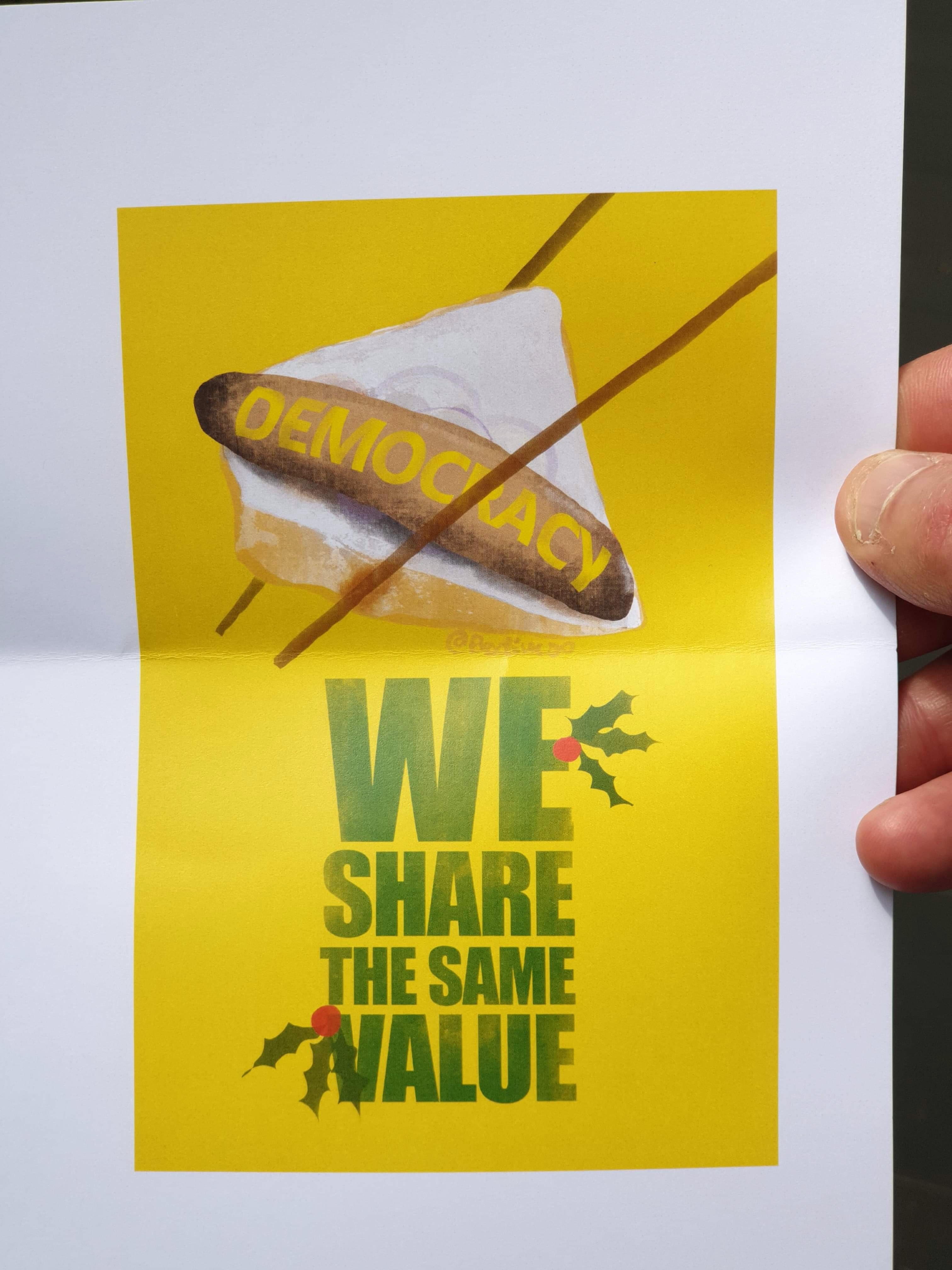 The resistance will be in Engrish. And yes, those are chopsticks juxtaposed with a democracy sausage. 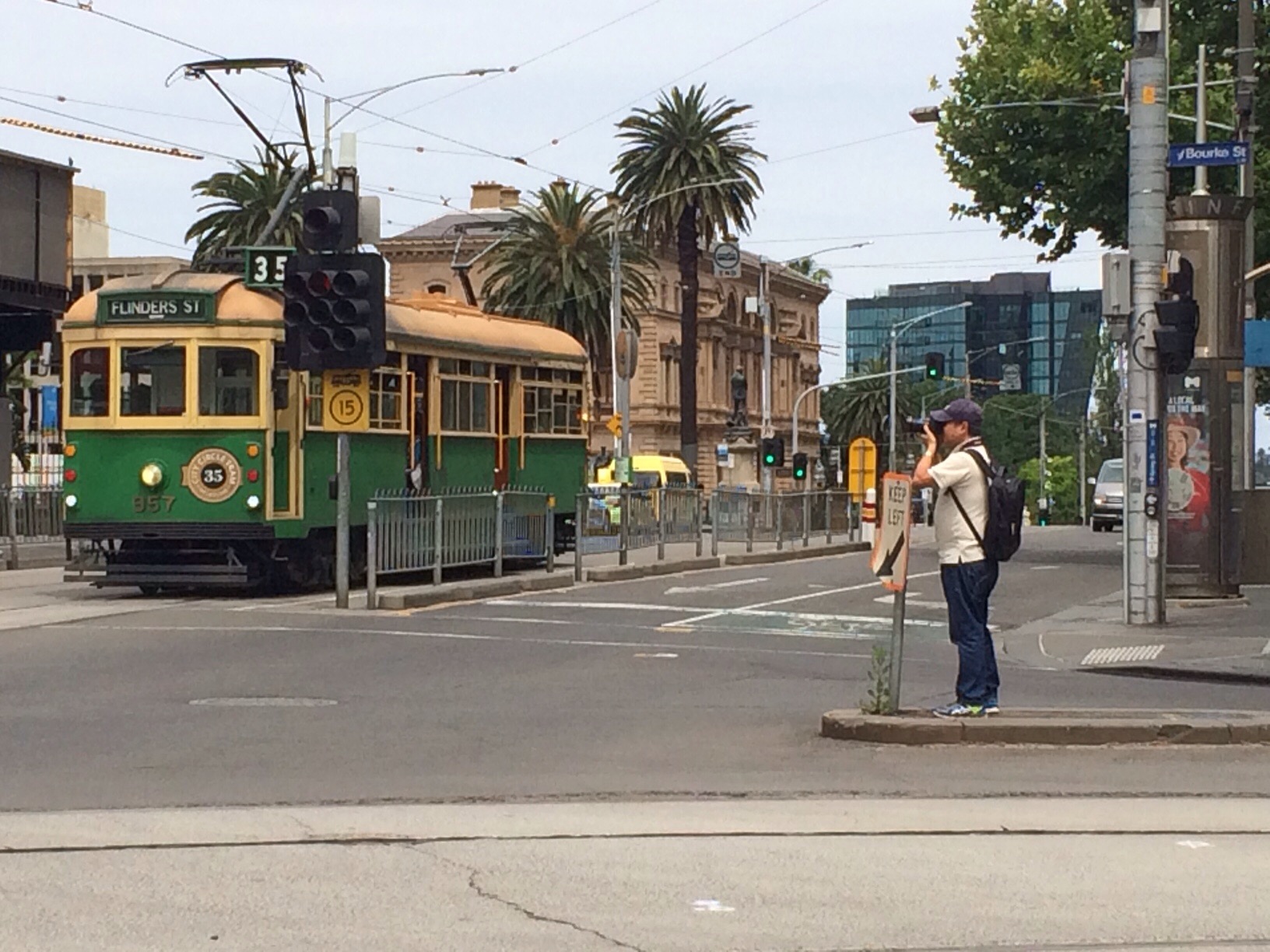 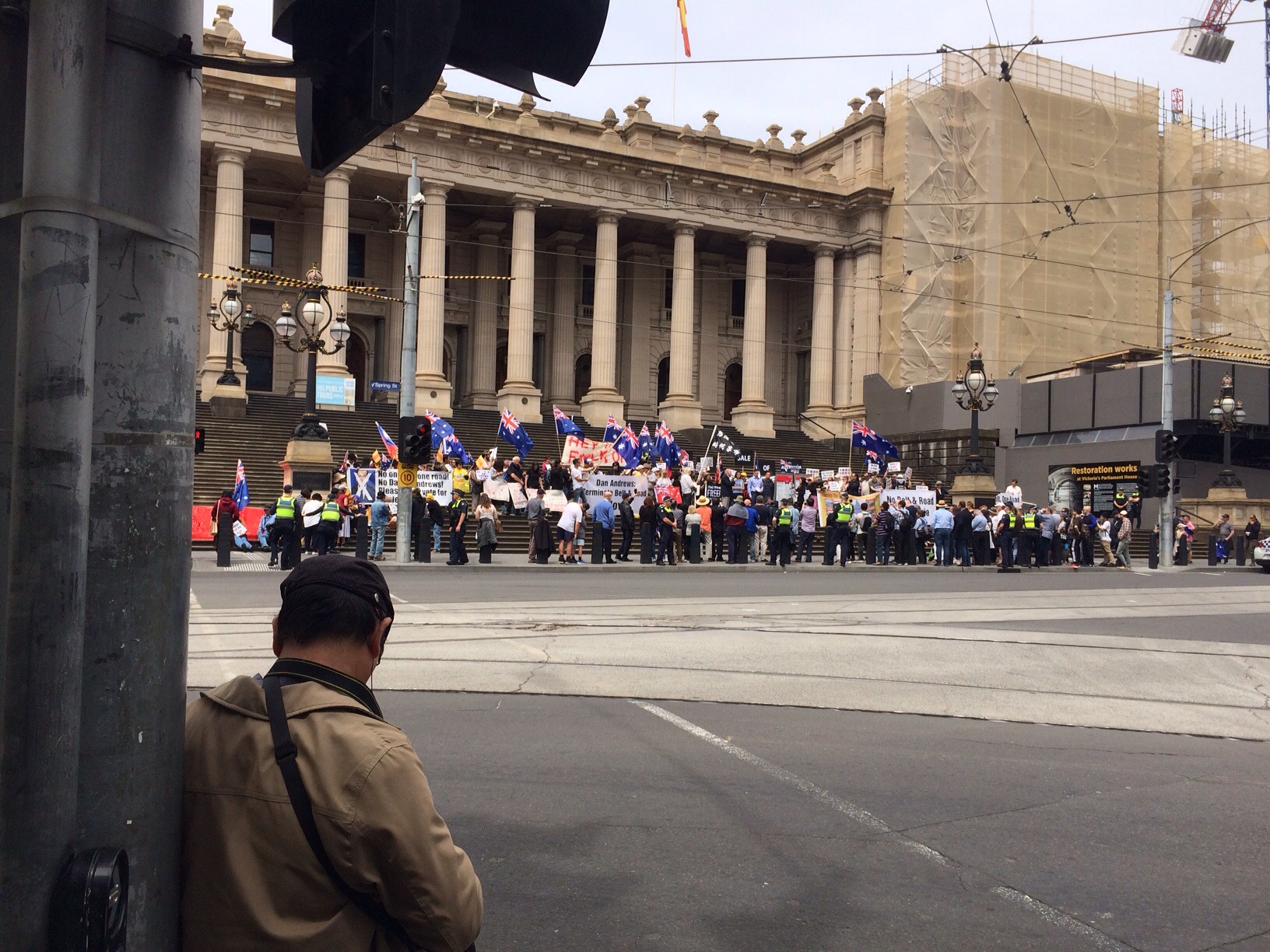 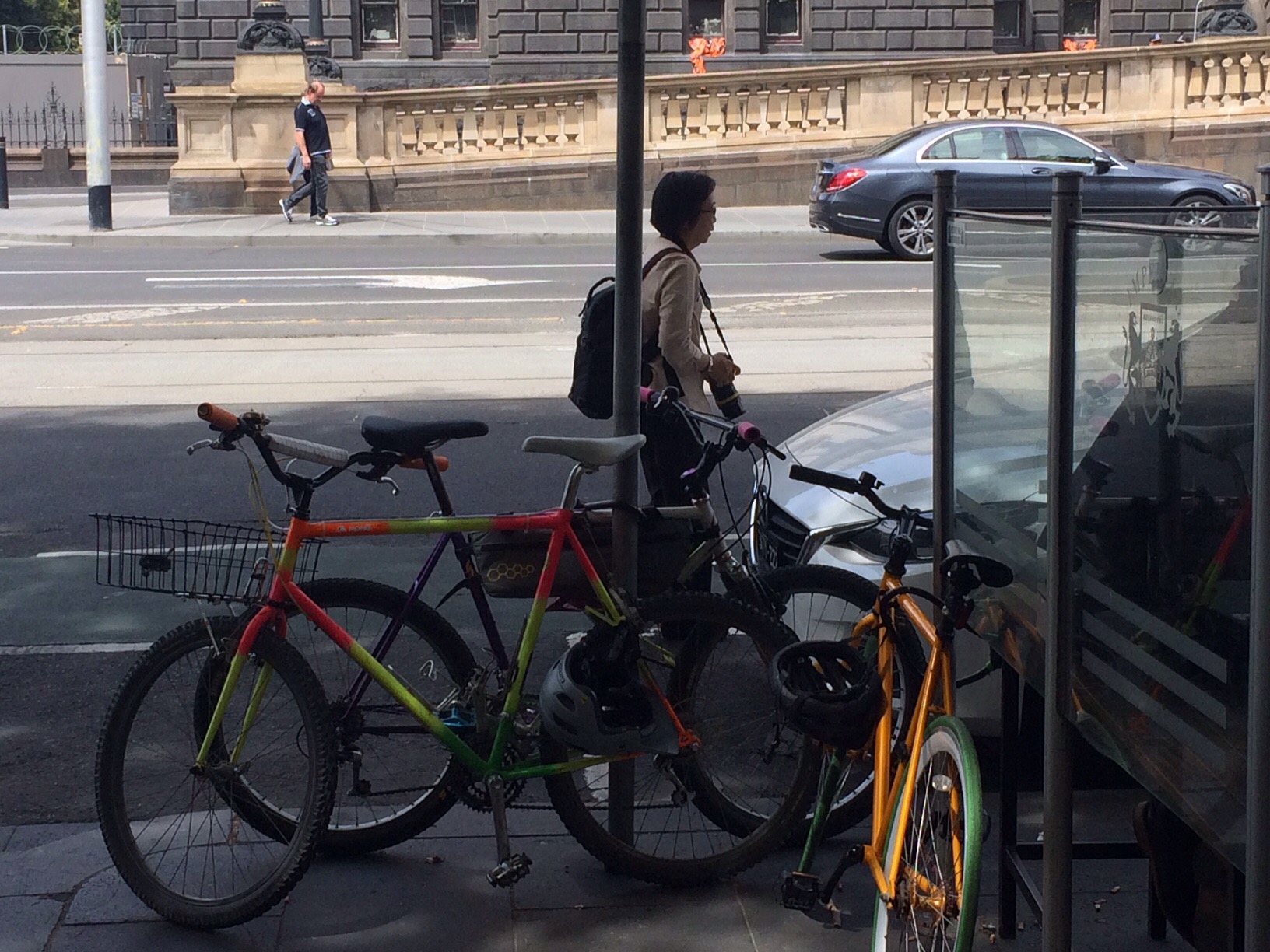 Were they reporters for the local Chinese newspaper which regularly expresses its opposition to the encroachment of the CCP in Australia’s domestic affairs? Who would even know?

As you can probably tell by the tone of this piece, a protest such as this is a little difficult for someone like me to get excited about. Australia does not need China nor the Chinese. Australians should be marching en masse across the country to demand an end to the treacherous governments who have systematically sold us out.

However, these people have my full support. It is great to see somebody pointing out what should be obvious. Victoria’s economy is a ponzi scheme based on importing as many people as possible into Melbourne to keep the artificial construction boom going. To cope with the unprecedented migrant influx, Daniel Andrews has committed Melbourne to an unprecedented rort for union mates.

Victoria doesn’t have the money for this. That’s where the BRI comes in.

How convenient for both parties. 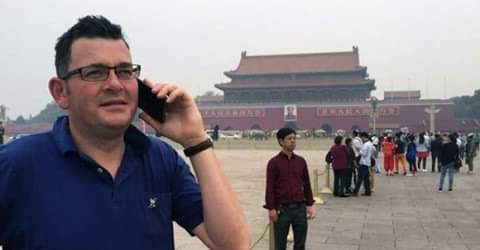 We need to protest against this every weekend.