Mao Tse Wong proclaimed one day;
‘I know the heart of Australia, and it’s gay.
We could benefit greatly from immoral perversion,
And institute all forms of traditional reversion.

We’ll tell people that dads are not needed,
It does not really matter how wombs are seeded.
Because my wife had a baby and did not need a man,
The brat can get its daddy love from a nitrogen can.

And I’m a lezzo Asian, so I’m truly legit,
Not like straight whiteys ‘bout whom I don’t give a shit.
So if that is the case, it should not be sinister,
That I represent Gaysia, I mean Australia, as foreign minister.

Now my new handmaiden Albo, needs to be sacked
Because free speech (which is hate speech) has not been whacked.
So that nobody can talk or discuss to any degree,
About things I want silenced, particularly about me.

In a great civilisation not of their making
And drain ‘racist’ whites, it’s there for the taking.
Just call them names and tell them they’re wrong,’
Thus sayeth the Grande Lezzo, Mao Tse Wong. 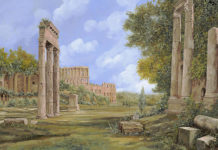