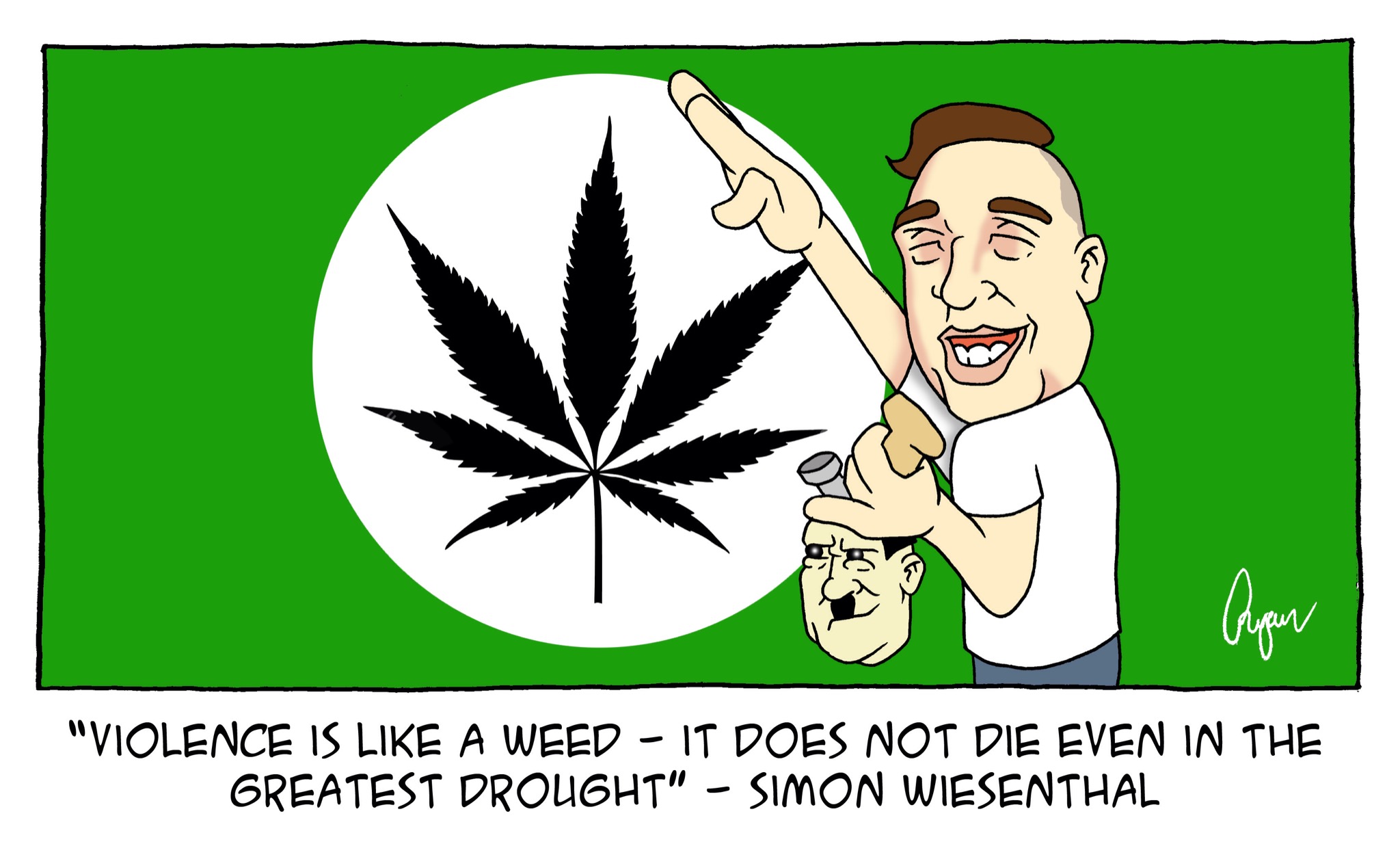 Since publishing my booklet Trading HEMP For Hitler on the 5th May, 2018 I’ve routinely had communists and cuckservatives spam me with this HuffPost article:

Remember the neo-Nazi music group Prussian Blue? The white nationalist duo made up of young California girls Lanx and Lamb Gaede attracted lots of attention in the early 2000s for their sweetly-sung ballads about racism and hate.

But they’ve since reformed, and according to one tabloid seen below, they attribute their change of heart to one thing: Cannabis.

Moral of the story? Smoke weed, stop being such a stupid Nazi.

Well HuffPo, as someone who ran as a Federal Senate candidate for the Help End Marijuana Prohibition (HEMP) Party and now is one of the most outspoken Australian dissidents with the moniker of a so-called “Nazi”, I can honestly say Cannabis helped me make that transition.

For example consider the ancestry of the innovators in cannabis chemistry (FYI Raphael Mechoulam is currently 88-years-old).

Consider the ancestry of prominent activists like Jack Herer (aka ‘The Emperor of Hemp’) who authored the activist manual The Emperor Wears No Clothes, and George Soros’ lieutenant Ethan Nadelmann from the Drug Policy Alliance (who oversaw the Green colour revolution in Uruguay, under communist President José Mujica, that maneuvered Monsanto marijuana into their regulated marketplace).

I truly feel for the Gaede girls though, as they’d spent most of their lives on the move in fear of black bloc communists (whom HuffPo has long been colluding with) trying to kill them.

But fear not, the globohomo presstitutes, such as Joseph Bernstein over at Buzzfeed, have got their sights on another red-pilled young female at the moment:

What does a 14-year-old girl dressed in a chador have to say on YouTube to amass more than 800,000 followers?

How about this: “I’ve become a devout follower of the Prophet Muhammad. Suffice to say, I’ve been having a fuck ton of fun. Of course, I get raped by my 40-year-old husband every so often and I have to worship a black cube to indirectly please an ancient Canaanite god — but at least I get to go to San Fran and stone the shit out of some gays, and the cops can’t do anything about it because California is a crypto-caliphate.”

Or how about, simply, “Kill yourself, faggot.”

Yes, if you want a vision of the future YouTube is midwifing, imagine a cherubic white girl mocking Islamic dress while lecturing her hundreds of thousands of followers about Muslim “rape gangs,” social justice “homos,” and the evils wrought by George Soros — under the thin guise of edgy internet comedy, forever.

I do find it amusing that Andy Fleming (aka “Slackbastard”, aka “Peter the Parasite”), from whom I appropriated the title of my booklet, routinely goes out of his way now to mis-title my booklet in the hope that people won’t read it (womp, womp):