If Labor manages to fall over the line at this year’s Federal election it will do so with a primary vote through the floor and a completely unmanageable Senate. Bill Shorten will be a sitting duck, and as Labor leader in the Senate Penny Wong will wield immense power.

Wong is the sort of person who will not care how she attained this power and she will care even less for the true extent of her power. All that will matter is that she has it, and she will do her utmost to cement the fundamental transformation Australia has undergone in the last two decades.

Yesterday, she starting laying the groundwork.

Penny Wong is giving a blistering speech on the 'normalisation of hate speech' in our Parliament.

Australia’s democracy has become more fragile because of the normalisation of hate speech and extremist views in parliament, senior Labor figure Penny Wong has said.

On Friday, Senator Wong delivered a speech in honour of being named the McKinnon Political Leader of the Year for promoting a more tolerant and inclusive Australia. 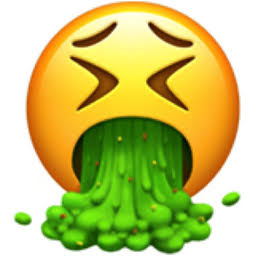 The Labor Senate leader heavily rewrote her speech after the Christchurch massacre a fortnight ago, where 50 people died after a lone shooter attacked two mosques.

“There are many lessons from this terrible, violent event … There is a stark truth to which we must hold – racism is a threat to our democracy,” she said.

“I believe the normalisation of hate speech, extremist views in our parliament, and a lack of unity in response to these, have rendered the Australian democracy more fragile,” she said.

“For when we have political parties in Australia advocating banning migrants based on religion and members of the Senate using Nazi terminology, attending rallies with far-Right extremists and blaming the victims for the Christchurch atrocity, we have to recognise that our fundamental values are under attack.”

She is of course smearing the name of Senator Fraser Anning, who did not use “Nazi (sic) terminology” in his maiden speech but merely used two words in the English language; who attended rallies with Aussie patriots who represent middle of the road Australians whom the political-media establishment have branded as “far-Right”; and who did not blame the victims of the Christchurch shooting but instead pointed out that it was the fault of migration policies imposed by the government.

“Our weight amongst nations is greatest if we can truly reflect who we are – an inclusive, independent, multicultural nation confident of our identity and of our place in the world.“

These so-called “values” Wong lists are not Australian values. Australian values are a direct expression of the British and they are rooted in the land of Great Britain, and they were brought here and adapted when we discovered and conquered this land. They include a love of the old Great Britain and its indigenous people, Christianity, traditional family values and a rejection of tyranny.

The Australian stock comes from a combination the British who resisted tyranny just a little too much back home, and those who were prepared to leave behind everything they had in order to have the chance of a better life in a new colony on the other side of the planet.

These values are utterly foreign to Penny Wong, which is why she is trying so hard to demonise the man spearheading the organic grassroots movement working to revive them. It is why she is why she is attempting to impose on behalf of the ruling establishment a set of so-called “values” which represent no country and no people, “values” which will be considered outdated, one way or another, in a decade’s time.