The ABC have just broken the Golden Rule of australian Mainstream Media:

The reason is essentially what one would expect – “Muh Anti-Semitism.”

In a recent opinion piece published by the ABC, Research Director of the Executive Council of Australian Jewry, Julie Nathan, claims the proven fact of deliberate White demographic replacement “is yet another mutation of classical antisemitism, the paranoid fantasy about a world Jewish conspiracy.”

This is the kind of gaslighting we’ve come to expect from the anti-White ruling elite:

Little more than a year ago, far-right activists in Australia could reasonably accurately be divided into three ideological groupings: civic patriots, nationalists and racialists. Whatever they might be said to have in common, these groups differed fundamentally in their beliefs about race, religion and citizenship. But now, something far more sinister is going on. There has been a move further to the right by the civic patriots and nationalists, and a general convergence around the racialist myth of “White Replacement.”

Not once in this piece does she ask the question: Why have people moved their position from one of civic nationalism towards real Nationalism? Basic fact-finding is not in the interest of the ruling class because it always proves their position wrong on this issue.

What’s clear from recent months is that the establishment are going to play the “it’s a conspiracy theory” card when it comes to the fact of White Replacement. An interesting position given the elite have spent decades telling us our demographic replacement is inevitable.

They are now White Replacement Deniers.

Former SPLC Senior fellow and Editor-in-chief Mark Potok literally had a piece of paper mapping out White Population decline in his office. 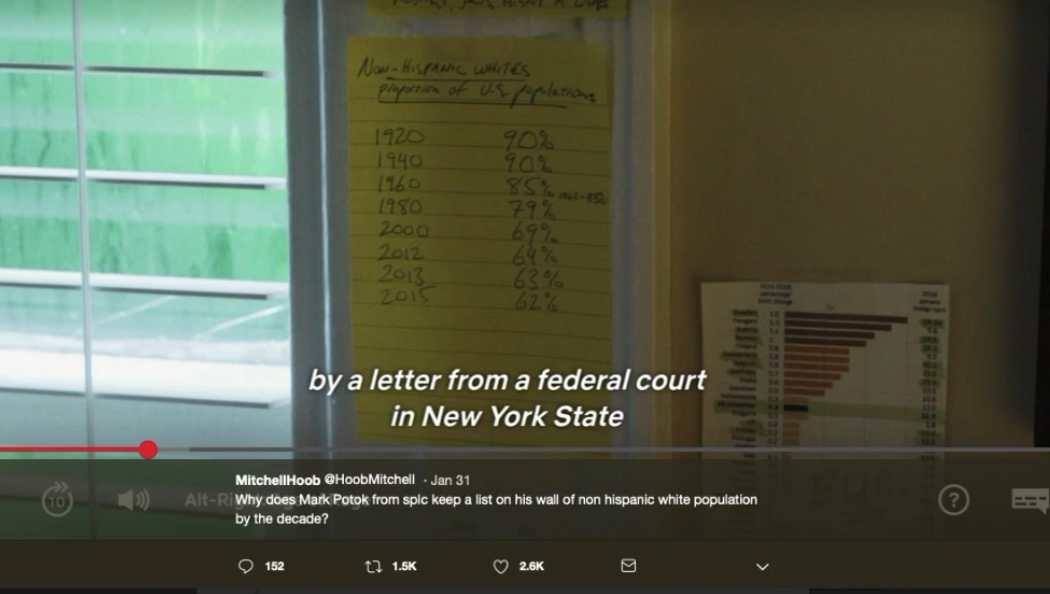 She may not wish to speak to nationalists, but Ms Nathan could have easily sent the SPLC an email and asked what’s up.

Then she could ask the EU about the Coudenhove-Kalergi plan, a well-known and highly public plan to breed out European ethnic identity through mass immigration. Although, it’s not as if Richard Coudenhove-Kalergi is the ideological father of the EU or anything.

None of this information is hidden either, it’s all public knowledge, but now that Whites are waking up to the truth the rulers are desperate to gaslight us.

It doesn’t work that way Julia, you can’t just say “look over there” when the elephant is already filling half the room and only getting fatter.

“Such political exploitation of racism and religious bigotry is nothing new. It preys on fears about non-European immigration into Australia, and attempts to revive the old “White Australia” conviction that Australia should be almost wholly, if not fully, composed of those of European ethnicity and Christian culture.”

Only that “old ‘White Australia’ conviction” is actually the founding principle of our nation. That’s right kids, the founding fathers of our country federated the states specifically to create a White ethnostate. This is an inconvenient fact the ruling class magically leave out of history class. Who knows why that is. 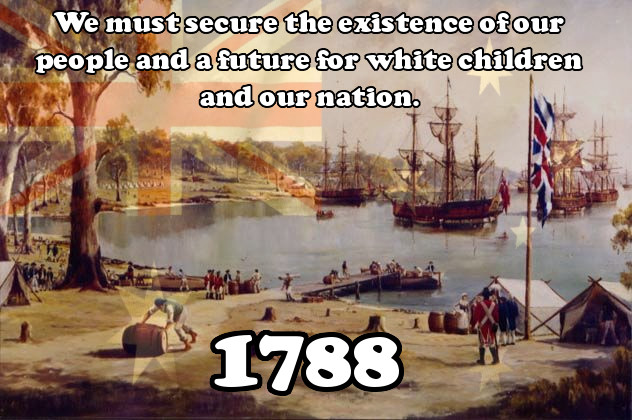 Oh, but that’s just a “conspiracy theory” even though it’s literally happening and elites are repetitively telling us we need a “big-Australia.”

The worst kind of bully cries out in pain as he (or she) punches you in the face, then tells you you’re crazy and stupid for getting upset.

Ms Nathan even gives us a working definition of “anti-Semitism”:

“making mendacious, dehumanizing, demonizing, or stereotypical allegations about Jews as such or the power of Jews as collective ― such as, especially but not exclusively, the myth about a world Jewish conspiracy or of Jews controlling the media, economy, government or other societal institutions.”

This is interesting, especially give the fact that Jews do control Hollywood and the wider media and they are well over-represented in positions of power.

Here’s a much simpler, and infinitely more honest, definition of what “anti-Semitism” actually means:

“Anyone who says anything about Jews that is not worship or praise.”

So shut up Goyim, don’t say anything or we’ll call you names and destroy your life. 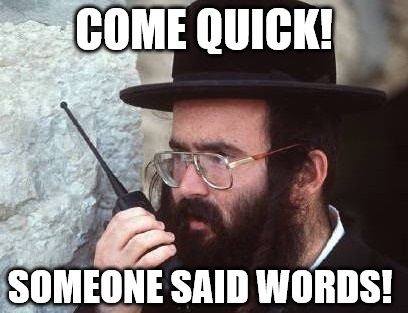 Ms Nathan’s piece is full of “muh Natzee” cries and other clichéd Leftist feminine shaming tactics. She mentions Sherman Burgess, and incorrectly claims Blair Cottrell is a leader in Lads Society (whom she also defames as “Nazis”). She mentions groups like identity Australia and others but the interesting part comes when she breaks the golden rule of the MSM mentioned above:

Well ain’t that something? If you are critical of Jews, that means you are portending the “potential for violence” against them. According to this liar, if one person observes something negative about Jewish behaviour in general (obviously it’s important to judge individuals as individuals) that means nutjobs are going to shoot up Synagogues. 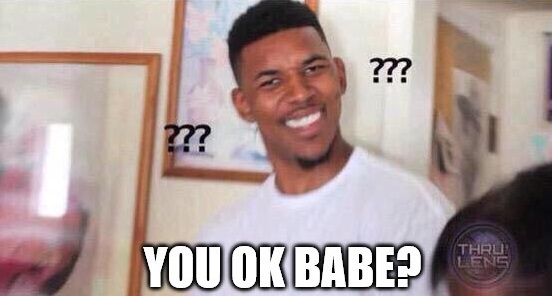 This hyperbolic drivel is the kind of thing that actually leads to violence and if the ABC weren’t satanic liars and thieves they’d be ashamed of publishing it.

Does she have the same attitude towards genuine calls to violence against Whites? Hah, yeah right, she’s gaslighting, and a White Replacement Denier, so logical consistency and honesty is too much to ask. Either she’s remarkably stupid or she’s an anti-White bigot who wants us gone, and that means that acknowledging inconvenient facts is essentially impossible.

“Australians in general have traditionally been too sceptical of zealots on a mission of any kind, to be receptive to extremist calls for violence from any quarter. However, the scope for a lone, indoctrinated fanatic like Bowers, or a conspiratorial group of people like him, to wreak murder and mayhem in Australia should not be underestimated. Will political and civil society leaders adhere to the standards of zero-tolerance for racism, and incitement to violence, in actions as well as words? Time will tell.”

This is nothing more than an Orwellian call for censorship, make no mistake about that. If “political and civil society leaders” were to have “zero-tolerance for racism,” Ms Nathan’s article never would have made it onto the ABC. 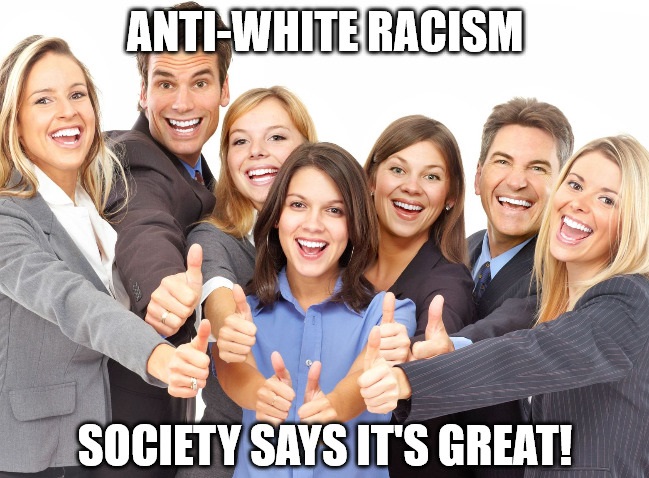 Australians are indeed sceptical of zealots, which is why most of us are climate change sceptics, but one thing we don’t tolerate is bulls****ers. This is why we hate our politicians and why the Nationalist movement will only continue to grow. We have the truth, facts and the internet; nor will they silence us.

Then there’s her outright defamatory attack on XYZ’s Ryan Fletcher:

“Chillingly, these words were echoed by another Gab user, an Australian named Ryan Fletcher, who wrote, “I think its about time to say ‘f*** your optics I’m going in’.”

It is a long stretch from making a dark joke about Jews, and NatSoc LARPing, to what is being implied here. This has one purpose, the silencing of all dissent and criticism of Jews. 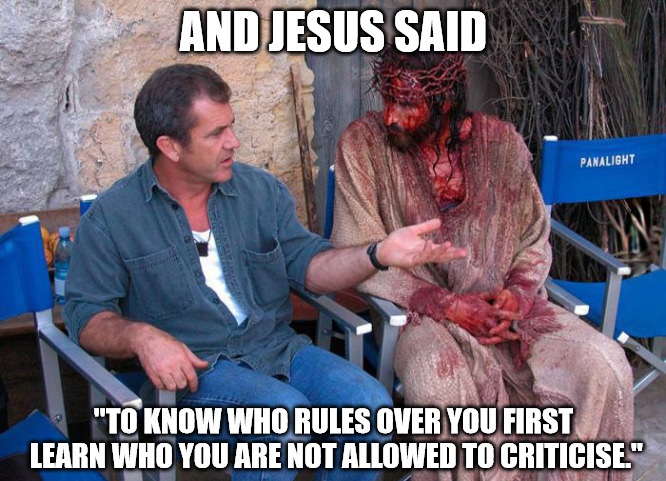 If posting a Swastika is “incitement to violence,” so is posting a hammer and sickle, or Anitfa’s three arrows.

It’s calls for censorship like this libellous ABC article that ultimately escalate, and are incitement to, violence. Not criticism of a highly ethnocentric group disproportionately represented in seats of influence and power.

No group is above criticism, and if any criticism of Jews is “anti-Semitism” then criticism of White Ethnic Nationalists is anti-White racism, fair is fair; but neither she nor the ruling class are interested in “fair” they are only interested in silencing (and ultimately inciting violence against) opponents and critics.

Ms Nathan clearly hasn’t watched a little video entitled “The Truth about White Replacement Denial,” produced by yours truly. Had she done so she’d have noticed not a single mention of Jews, that’s because they are irrelevant to the results and goals of White ethnic replacement. Nor do I think there is some “Jewish Conspiracy” to dominate the world by removing all races starting with Whites. It just so happens that many of the ruling globalist elite pushing exactly that happen to be Jewish, and much of the anti-White rhetoric in society comes from people who also happen to be Jewish, pure coincidence I’m sure.

However, if she would like a mature and factual discussion (yes that’s a joke, you cannot reason with these zealots) on Jewish involvement in this attack on White civilisation and heritage, then David Hilton actually has an extensive collection of work for her convenience.

When she’s done lying, defaming and indirectly inciting violence against those she disagrees with, we can all sit down to discuss the facts and work out solutions to very real issues and grievances.

Nationalists will all wait patiently. 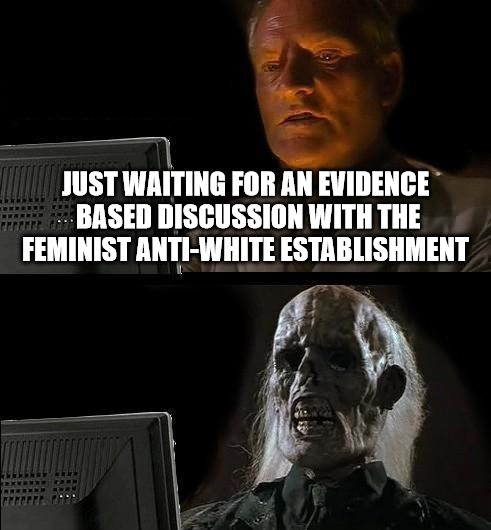