So there I am, waltzing down the street towards the pub after a hard day at the high paying airconditioned office job I obtained by being white straight and male. The high school up the road from the pub has recently finished, and so I’m catcalling every underage tight ass that I see and laughing gleefully when the head attached to the ass expresses any form of disgust. As all masculine men understand, a woman’s brain is a largely vestigial organ, and the fact that their brains are in many cases incapable of grasping this reality is proof of the negative effects of estrogen on one’s rational faculties.

As I swing into the pub, I casually order an entire slab of beer, and guzzle it down while watching the cricket and listening to my best mate describe how he cut up his woman’s credit card because she had the gall to spend money on groceries, and now, clearly none the wiser for it, she was asking money for petrol. I didn’t say anything because I don’t see any problem with it, and also because he is just a really great guy. He even shouted us all a round of drinks!

No, seriously, men actually do this.

Anyway, the cricket pauses for a commercial break, and this razor company has for some unfathomable reason found that it is in their commercial best interests to pay good money for an important public safety announcement. In that commercial, I learn something I have never ever come across before in my entire life:

Now this message shocked me to my core, because I had never ever contemplated the possibility that rape is bad before, but after watching that commercial, I resolved to change my ways. Being the highly masculine man that I was, I am sure that you will find it entirely plausible that my mind can be changed by a very small amount of social pressure inflicted by a stupid television commercial.

After watching that commercial, I turned my whole life around. I read all of Clementine Ford’s books. Because milk is rape, I started to consume soy milk instead. I stopped shaving, not so as to grow a beard, but because my facial hair stopped growing. I became a faithful advocate for women and took every opportunity to remind other men that rape is bad.
Now I could talk all night about my encounter with the pytoestrogen pill, but that is not the purpose of this article. No, the reason I am writing this article is that I have come to the realization that when we defeated Hitler, we were not overcoming evil with good, but repaying evil with evil. We saw the toxic masculinity of the German army, and we overpowered them with our own toxic masculinity. Was that really the right way to deal with the situation?

If I had been in the position of Neville Chamberlain, I would not have gone to war with Germany. Instead, I would have bought airtime on German television stations, and explained to them the evils of toxic Nazism. The majority of Nazis did not work in concentration camps; I would have explained to the decent Nazis the importance of holding other Nazis accountable.

I would have taught Nazis not to gas the Jews. 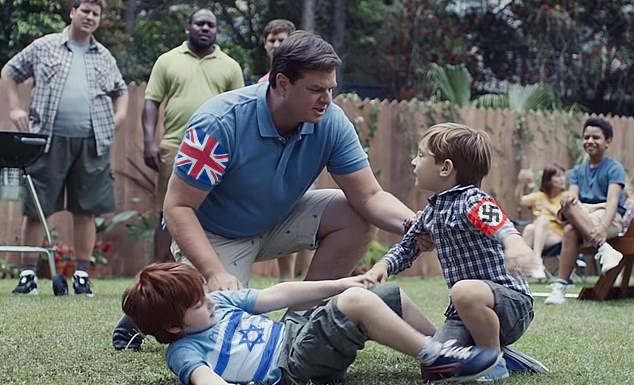