When I am asked by younger guys for suggestions to help them resolve problems that they are experiencing, one of the most common issues that inevitably comes up is the horribly self-defeating practice of telling lies, both to yourself and to others. In fact, I would posit that lies told to yourself are far more dangerous to you.

I used to be a liar and it was because of chronic insecurity and a deep need to be accepted and acknowledged. I was more of a chronic exaggerator than an all out liar, but the lies were mixed in there among the exaggerations.

I recorded a podcast on this topic a while back which is one of my most listened episodes.

The Z Man has an excellent article up today about lying, but of a somewhat different nature.

“This habit of mind is something we see with modern Progressives whose hive mindedness has evolved to the point where lying to outsiders is not only acceptable, but a goal in itself. Every election, Progressives fill the airwaves with things they know are lies. In fact, they tell lies that they know everyone else knows is are lies. The practice of lying in the election process has become something like a religious practice for them. The point of the lying is not to conceal or deceive, but to demonstrate their worthiness to the cause.

“The academic quality to the lying turns up in all of the Progressive fads. We saw that in the madness of the Kavanaugh hearings. The definition of sexual assault, a nonsense term in itself, has been stretched to mean just about anything, by people who seem to take pride in making the language meaningless.”

The defining characteristic of the left is that they lie. Apart from lying to themselves and others, they also practice the art of participatory lies. They lie so as to be a part of a group that at its basis is the cult of telling lies. In other words, they lie so that they’ll be accepted by a bunch of liars. And the only way to progress in this club is to tell even more outrageous lies. It is not a club of deception; it is a club of humiliation, which is a feature of all socialist movements.

“In my study of communist societies, I came to the conclusion that the purpose of communist propaganda was not to persuade or convince, not to inform, but to humiliate; and therefore, the less it corresponded to reality the better. When people are forced to remain silent when they are being told the most obvious lies, or even worse when they are forced to repeat the lies themselves, they lose once and for all their sense of probity. To assent to obvious lies is…in some small way to become evil oneself. One’s standing to resist anything is thus eroded, and even destroyed. A society of emasculated liars is easy to control. I think if you examine political correctness, it has the same effect and is intended to.”
― Theodore Dalrymple

Every lie they tell digs them further into the hole; every lie humiliates and demeans them a little bit more; every lie reinforces their beliefs that in the end is the only thing that they possess, and which they are at constant risk of having taken away from them for some infraction that was invented post-act.

If you’re wondering why the left are so crazy, you’d be crazy too if you had to live this nightmare. 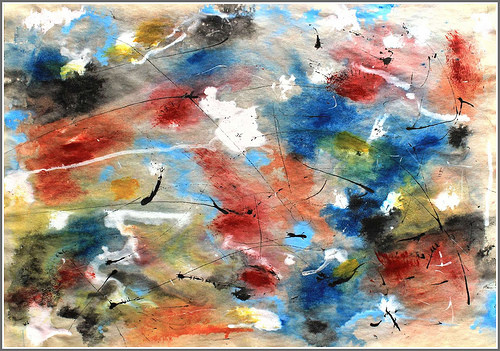 Yesterday thanks to Remus at The Woodpile Report I found this wonderful article on the lies of modern art. Modern art as I have argued before, is a grand deception designed to destroy the original host which was fine art itself, a wonderful human tradition going back thousands of years. When we now pay money to enter a famous art gallery and worship literal piles of excrement, we are also participating in a lie that is designed to humiliate. Our assent to this terrible betrayal is indeed a small way to becoming evil ourselves.

The secret to breaking free of your programming is very simple; stop lying. The actual process of doing that, as I myself know, is very difficult indeed. If it were easy, everyone would be stopping.