Aussie patriots will be breaking out their steel caps, while Antifa terrorist soyboys will be franticly scuffing up their own in the vain hope of making them look worn in, with news that the conservative juggernaut of internet celebrity tours just keeps rolling on in Australia.

A mega line-up of Milo Yiannopoulos, Ann Coulter, Tommy Robinson and Fraser Anning have announced a 2018 tour starting on November 29 on the Gold Coast and finishing on December 11 in Perth. 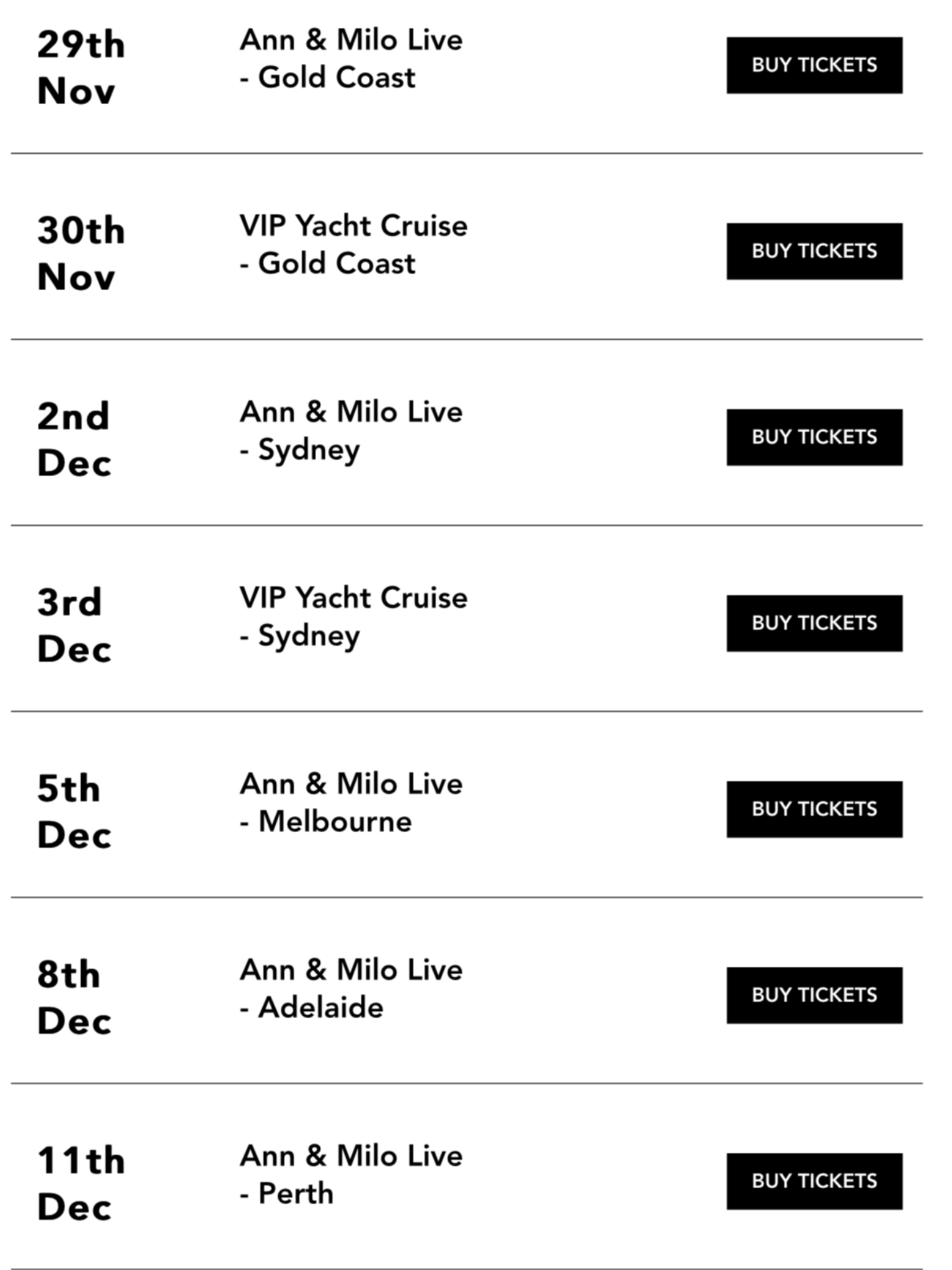 You can purchase tickets here.

The big one, as always, will be Melbourne, on December 5, as this is where the biggest contingent of brave Aussie Freedom Fighters are likely to face off against the usual hive of scum and villainy. Given that this will come shortly after the State election on November 23, we could be looking at the usual unconstitutional fines against the conservative speakers and possible meddling with regard to their visas, or Antifa could on the other hand find themselves up against a police force prepared to enforce the law.

Either way, expect the Battle of Melbourne to be epic.

As for the speakers, we would expect Milo will provide his usual brand of dark humour and devastating cattiness combined with insightful rebuttals of feminism and Islam, while stopping short of stating that European lands should be for the Europeans.

Ann Coulter is a veteran at this game. Disgraced former Democrat Senator Al Franken was trying to call her crazy back in the early 2000’s, but aside from a little hysteria after the first Trump airstrike on Syria, Coulter has shown herself to be an astute commentator and a worthy best selling book writer.

Tommy Robinson, shill for Israel or not, has done it the hard way, shedding kilos in jail as a political prisoner and facing the prospect of going back, simply for reporting on the fact that the entire British establishment has failed the native British people, and has covered up the abuse of Britain’s most vulnerable people – its children – by an invading Islamic army.

Fraser Anning has turned the Australian political scene on its head, calling for a popular vote on immigration policy, and spurring the seeming reinvigoration of Pauline Hanson after her uncharacteristic cuck out in response to his speech. This exciting new competition for the nationalist vote may well provide a rising tide which assists all nationalist boats. As such it is tremendous that Anning has been able to get on board the tour, and we here at The XYZ hope to have another chat with him when he visits Melbourne. 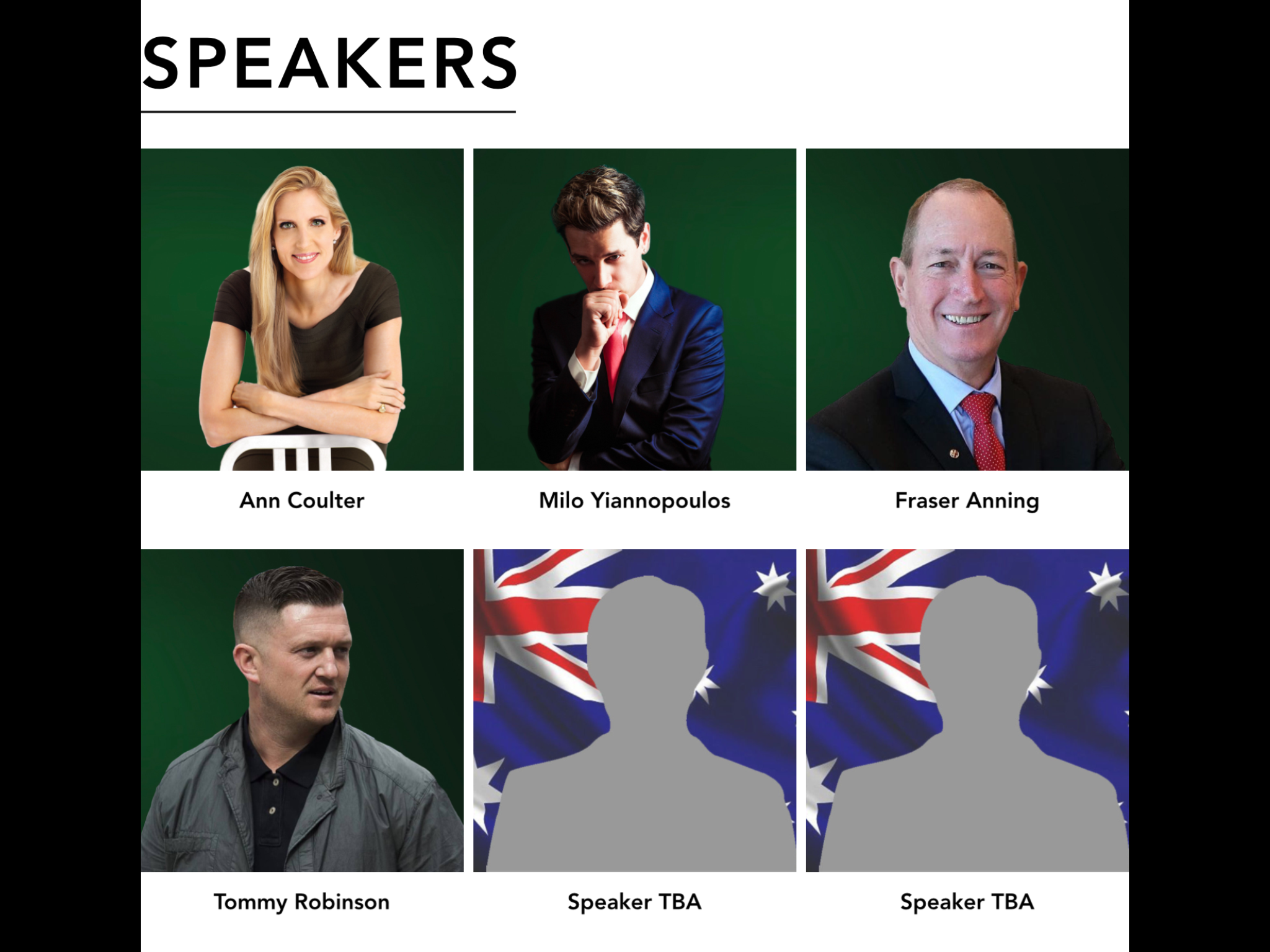 This visits of so many conservative speakers to Australia this past year is no accident. (Gavin McInnes will also be here at the start of November). Australia has become a key battleground in the Culture War/Battle for European Survival. Our Media-Entertainment Complex is doing all it can to undermine the primacy of Western Culture, and our political system has so far resisted all attempts to assert the will of the people regarding an end to mass immigration. Our purportedly main conservative parties, the Liberal and National Coalition, continue to be led by people committed to Multiculturalism, while the true nationalist and conservative parties are still numerous and divided.

These events are crucial vehicles which we can harness to influence the culture, take back the public space and build political momentum to end the Anglocuckery in which the once proud former nations of the British Empire currently wallow, and ultimately, take back our country.