Giving some news on the Live Stream we attempted to record on Monday night with Dia Latina. We were hoping to give a run down of the events of last Friday evening at the Stefan Molyneux and Lauren Southern Melbourne show.

We had a great conversation with Dia, however Victoria was undergoing a mini-apocolypse at the time and the internet was badly affected. Our listeners were informing us that the feed they were receiving was stopping and stuttering, however we decided to press on as the feed we had at our end was moving smoothly. In the past, recordings made with Hangouts have been fine despite different people having difficulty at their own ends. When we played the recording back though it was unusable. We should have at least attempted to reboot and start again.

We have decided not to re-record, as Matty’s Modern Life has produced an excellent vlog of the night.

It is a lesson learned, and in the future we will pay more heed to viewer warnings.

We want to thank our listeners for their loyalty and their contributions to the live streams through their excellent questions. We’ll be back this Monday at 9:15 PM ARST. You’ll find us at Matty Rose Live: 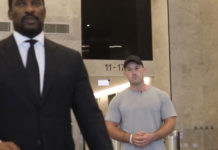